In Lyon for a masterclass on his work, "The Exorcist" director also explained why he returned to the subject for his new documentary. 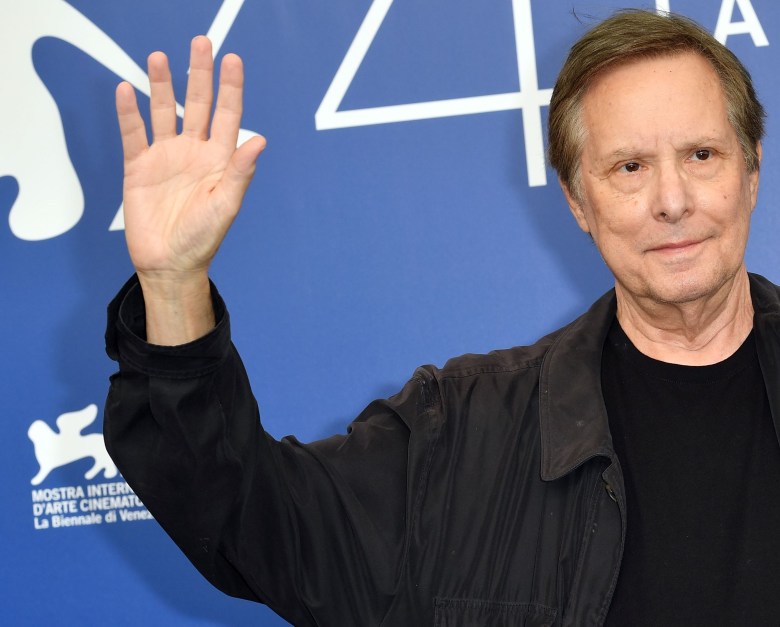 Decades have passed since William Friedkin directed box office hits “The Exorcist” and “The French Connection,” but the 81-year-old filmmaker isn’t exactly pining for a return to the commercial arena. “In America, I would not want to be an active filmmaker now,” he told an audience at the Lumiere Festival in Lyon on Thursday, shortly after delivering a masterclass at the classic film festival. “When I started, there were greater opportunities to make many different films in America. Now, it’s reduced to blockbusters, with very few exceptions.”

Appropriately, he was making that assertion in an introduction to a 4k screening of his under-appreciated 1977 masterpiece “Sorcerer,” a meticulous thriller that famously got buried by “Star Wars” when it hit theaters just one month after George Lucas’ sci-fi phenomenon. Friedkin’s Paramount production — a reimagining of Henri-Georges Clouzot’s 1953 “The Wages of Fear,” adapted from the same novel — involves a quartet of criminal outcasts led by a gritty Roy Scheider as they dynamite through a dense Latin American jungle. “I felt that for an American audience who had not seen this film it was possible to do a completely different version of that story with a new cast,” he said.

Viewed 40 years after its release (in a director’s cut that Friedkin restored two years ago), the movie does seem like a radical achievement by contemporary studio standards, given that its first globe-spanning act unfolds in multiple languages, and that the masterful suspense of the explosive-strapped trucks careening through the dangerous terrain doesn’t start until 90 minutes in. That ambition in part reflects Friedkin’s own success at the time of the production, after the back-to-back successes of “The French Connection” and “The Exorcist,” which made him one of Hollywood’s hottest young filmmakers. “I could do whatever I wanted,” he said. “I could have filmed my nephew’s bar mitzvah.”

Friedkin, who has been making the rounds sharing his life story since the release of 2014 memoir “The Friedkin Connection,” has used that line before. But he took the opportunity at the Lumiere Festival, a nine-year-old event jointly run by Cannes artistic director Thierry Fremaux and filmmaker Bertrand Tavernier, to make some broader observations. Speaking to an international crowd that included local cinephiles and others from places as far-reaching as Ohio, Istanbul and Serbia, made some general observations about the state of the art form. “As your great French critic asked once, ‘What is cinema?’” Friedkin said, paraphrasing the late Andre Bazin. “Today, we have to ask it again, because in Hollywood especially, it’s changed completely.”

He singled out the struggling foreign language market in the U.S. as indicative of a broader struggle to maintain moviegoing standards in the country. “Now, we see few films from other countries in very limited cinemas,” he said. “35mm is almost dead, it’s dying. I don’t have an answer for this, I don’t know if this is what the audience wants or what the studios want them to force-feed them to have.”

Despite that dreary assessment and his own disinterest in studio filmmaking, however, Friedkin hasn’t retired from the field. He recently directed “The Devil and Father Amorth,” a 68-minute documentary about real-life exorcisms that premiered at the Venice International Film Festival, in which the filmmaker purports to have captured an unstaged exorcism on camera. Friedkin said the project came together in 2016, after he visited the Italian town of Lucca to receive an award for his opera work.

While he was there, he planned a brief trip to Rome. “I had no intention of going back and doing anything else about exorcism,” he said. He asked a theologian friend based in the city if he could arrange for Friedkin to meet with either the Pope or Rome exorcist Father Gabriela Amorth while passing through. “An email came back saying, well, the Pope is busy this week, but Father Amorth will meet with you,” Friedkin said. Amorth’s first book, “An Exorcist Tells His Story,” mentions “The Exorcist” in passing. “He said, ‘the special effects were a little over the top, but essentially, the film helped people to understand the work that I do,’” Friedkin said. “So he allowed me to witness and film an exorcism.”

Friedkin added that while he wasn’t sure if he believed in the devil, he remained convinced that he had witnessed genuine supernatural events. This conviction itself speaks to an attribute coursing through filmmaker’s work — from his earliest efforts like the Harold Pinter adaptation “The Birthday Party” through eighties sleeper hits like “Cruising” to the more recent thrillers “Bug” and “Killer Joe” — all blend a degree of unsettling naturalism with shocking circumstances. That tricky balance underscores his filmmaking struggles over the years. “Sorcerer” (a movie devoid of fantasy that probably could have benefited from a different title) became a “Fitzcarraldo”-level production disaster for Friedkin, who shot the movie on location for an unwieldy $22 million budget; it later grossed just $9 million worldwide. At the Lumiere Festival, it was screening alongside “The Wages of Fear” and other Clouzot films. “I could never have imagined that my version of this story could be running in Lyon with the great masterpiece by Clouzot,” Friedkin said, even as he insisted that his version wasn’t a remake. “This is the film that is closest to my vision of it before I shot it. You always see it through your mind’s eye before you start filming and the film never lives up to what you see — but this film comes the closest for me.”

Fremaux, who moderated Friedkin’s introductory conversation to the screening, asked the director to clarify if “Sorcerer” was actually the favorite of his movies. “You know you shouldn’t ask that question,” Friedkin said. “What’s your favorite child? But this is the only film I’ve made that I can still watch. I guess, if you need an answer to that question, it would be this film.”

This Article is related to: Film and tagged Lumiere Festival, Sorcerer, The Exorcist, William Friedkin