It turns out Joaquin Phoenix will not be winning the Oscar for Best Actor this year. 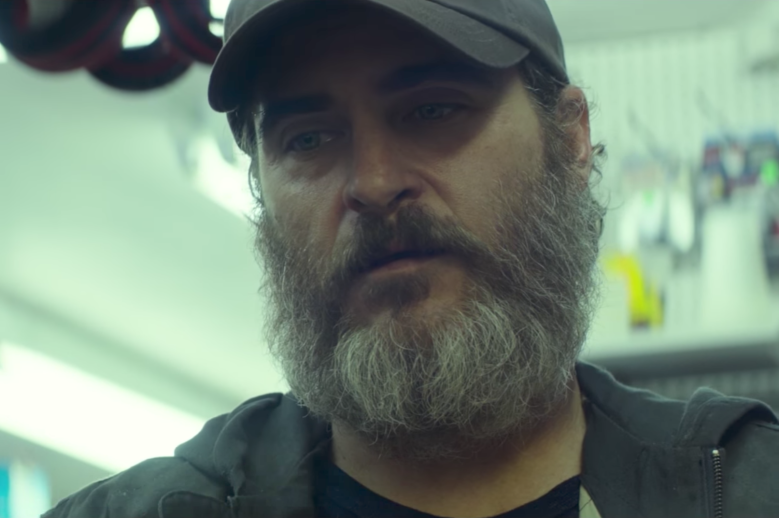 “You Were Never Really Here”

Bad news for anyone hoping Joaquin Phoenix’s big win at Cannes would result in his fourth Oscar nomination and possibly his first win. Amazon Studios has confirmed with Deadline that Lynne Ramsay’s “You Were Never Really Here” will open in select theaters February 23, which means the acclaimed thriller will be skipping the 2017-18 awards season altogether. The release date officially takes Phoenix and Ramsay out of the race. The latter won Best Screenplay at Cannes.

“You Were Never Really Here” is based on the Jonathan Ames novella of the same name. The story follows Phoenix’s tormented enforcer Joe as he infiltrates the criminal underworld in search of a missing young girl. The movie, which received near universal acclaim after its Cannes world premiere, co-stars Ekaterina Samsonov, Alex Manette, John Doman, and Judith Roberts. Paul Thomas Anderson collaborator Jonny Greenwood handled the score.

Ramsay’s last feature was “We Need to Talk About Kevin” in 2011. Tilda Swinton’s acclaimed performance led Oscilloscope to release the film in an awards-qualifying run in December, but the move did not result in a nomination. The marketplace gets extremely saturated with awards titles in November and December, which is most likely why Amazon is waiting for 2018 to release the drama. The studio had success earlier this year with James Gray’s “The Lost City of Z,” which closed the New York Film Festival in 2016 but was held for release until April.

This Article is related to: Film and tagged Joaquin Phoenix, Lynne Ramsay, You Were Never Really Hear