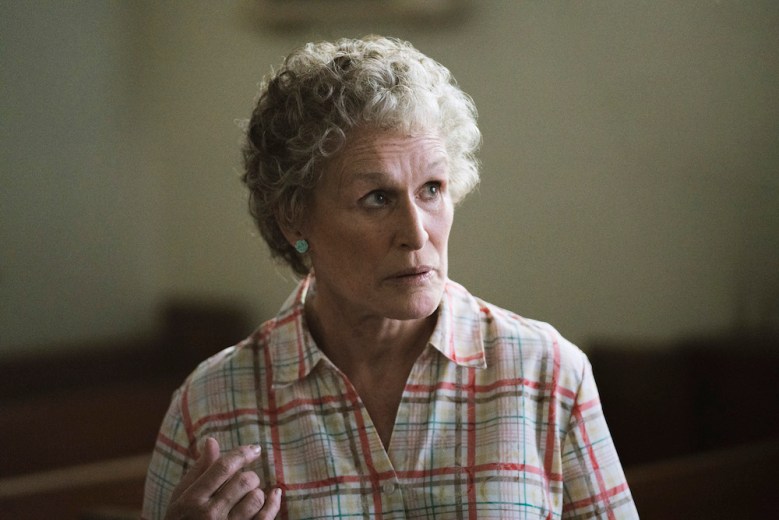 Amazon released three new pilots on Friday, November 10, and it’s up to viewers to determine which ones get picked up. “Love You More,” “The Climb,” and “Sea Oak” make up the 2017 fall pilot season, and whether you like ’em, love ’em, or they’re just not your cup of tea, the power lies with all of us to determine which are worthy of a full season order. Read IndieWire’s reviews below to gain insight into each offering, and watch the episodes for yourself right here. If we were evaluating pilots on the basis of the quality of their hearts, “Love You More” would get an A++++. Starring the increasingly ever-present (and delightfully so) Bridget Everett as Karen, a woman balancing her love of chardonnay and casual sex with her job as a counselor at a home for the intellectually disabled, the pilot is deeply committed to finding the best in all of its characters, with director Bobcat Goldthwait embedding a deep sense of real humanity in every scene.

Unfortunately, while there’s a lot to enjoy about “Love You More” (including a very fun musical number about Karen’s breasts and one of the least conventional sex scenes we’ve seen in a while), there’s not enough plotting to indicate real potential for a full series. Everett is a clear star and “Love You More” is a good showcase for her talents, allowing her to craft a fully realized character as opposed to the supporting roles for which she tends to be cast. Karen has her flaws, but genuinely cares about the people in her life, and the basic fact of her wholehearted goodwill is enough to make this compelling.

But even on Amazon, where there’s a definite openness to character-driven as opposed to plot-driven stories, this one stands out as a sweet concept (especially given the supporting cast of actors with Down syndrome, who create a truly engaging group dynamic), but one where it’s hard to see what comes next. With the addition of greater stakes, this could become an addictive series, but unfortunately that’s absent in this pilot. In today’s TV landscape, “The Climb” may not have a revolutionary premise: a pair of young people trying to figure out how to navigate impending forced adulthood. But there are enough elements in this blend of friendship, sexuality, and shifting family dynamics to signal a fresh approach to this setup.

Swapping out the familiar bustling metropolis of a coastal city for Detroit, the conversations in “The Climb” about being made to embrace a pantsuit-wearing, cubicle-occupying steady desk job are happening on a different kind of public transportation and a different kind of stoop. There’s a freshness to the pursuits of the show’s central friends, too. Nia (Diarra Kilpatrick) has dreams of leveraging her social media into an entrepreneurial empire, while Misty (Alysha Umphress) wants fulfillment on her own in a decidedly different way. So far, those alternate ambitions don’t come at the expense of the friendship. Even if the Nia/Misty patter doesn’t seem fully sharpened yet, this is an on-screen duo that could do big things precisely because of how comfortable they are with their changing pursuits.

“The Climb” occasionally hovers in the area between reality and fantasy, appropriate for a show where its main characters are struggling with that divide themselves. The quick snippets of pink hallway visions hint at the numerous ways this series could grow, a foundation for charting the ways these women unapologetically fight for what they feel they deserve. “I’m anti-love, marriage, and a baby carriage,” one of them says, telling off a would-be one-night stand. Amazon would do well to give her (and the show overall) a chance to prove it. “Sea Oak” is a dark comedy best seen blind, so even though the official synopsis spoils one of the pilot’s biggest twists, you won’t find any spoilers here. Yes, said twist is also the crux of the series itself, but there are enough reasons to try out this well-acted, insightful, would-be half-hour series without touching on its future.

For one, Glenn Close: In her first starring role on serialized TV since “Damages,” Close plays Bernie, an overly polite aunt who’s probably a bit too easy on her two nieces and one nephew. The four of them live together in a “craphole” apartment (within a complex called Sea Oak) in a dangerous neighborhood, and only Bernie is working to pay the bills. She’s proud of her job — the cashier at a 99 cent store — because “it took me a long time to get it,” and everything Bernie does is in service to those around her.

Needless to say, her devotion is not reciprocated, and Close crafts an entire persona — timid, considerate, and loving — with a handful of words and very little movement. A scene of her sitting outside her boss’ office, listening to a rude conversation inside, is the highlight of the episode, and the twist hasn’t even hit yet. (Amazon needs to make this if only so we can see Close tear into this character for a full season.)

The rest of the cast, including Jack Quaid as Bernie’s guilty nephew and a brief but cute cameo from James Van Der Beek, do solid work as well, but Hiro Murai’s direction casts a fitting gray pall over the Rust Belt city setting and George Saunders’ script (based on the “Lincoln in the Bardo” author’s short story) evokes chortles throughout, as he carefully develops characters who already feel fully formed.

A funny, surprising, and unique pilot, this is one we want to see more of — Amazon, get on it.

This Article is related to: Television and tagged Amazon, Amazon Pilots, Glenn Close