Ricky Martin is back, everybody! (And so is Penelope Cruz, Darren Criss and Edgar Ramirez as the legendary fashion designer.) 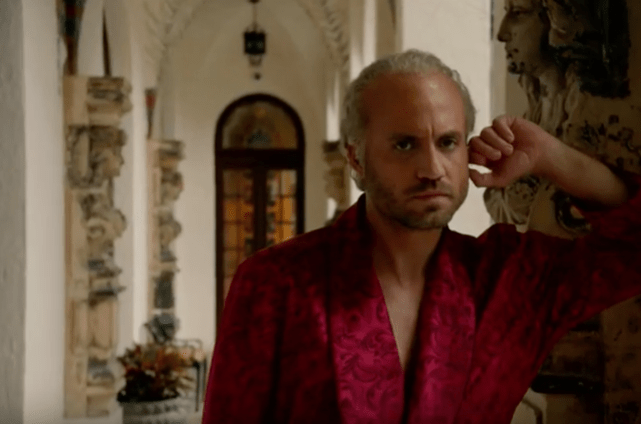 When the first-look photos for “The Assassination of Gianni Versace: American Crime Story” originally popped up, it underlined how perfectly cast Edgar Ramirez is as the title character.

FX has revealed the premiere date for the the latest installment of the network’s anthology series — Jan. 17 — as well as a brand-new trailer. And it’s a lot more than photos of lounging by the pool.

The “American Crime Story” series, which successfully highlighted the O.J. Simpson trial saga last year and will take on the aftermath of Hurricane Katrina in its third season, will tackle the 1997 murder of fashion designer and cultural icon Gianni Versace next. In addition to Ramirez as Versace, Penelope Cruz as Gianni’s sister Donatella Versace, Darren Criss as serial killer Andrew Cunanan and Ricky Martin as Gianni Versace’s partner Antonio D’Amico.

While “The People vs. O.J. Simpson” was saddled with the familiar, muted LA courthouse as a backdrop, it looks like show creator Ryan Murphy and company are truly digging to the advantages of filming a story within the fashion world. There’s plenty of ’90s pastels and luxurious estates to help keep this true crime saga full of energy. The full season is based on Maureen Orth’s 1999 book “Vulgar Favors: Andrew Cunanan, Gianni Versace, and the Largest Failed Manhunt in U.S. History.” Max Greenfield, Finn Wittrock and Annaleigh Ashford are also set as part of the show’s ensemble.

Watch the trailer for Season 2 of “American Crime Story” below:

“American Crime Story: The Assassination of Gianni Versace” is slated to premiere on FX on Jan. 17, 2018.