Season 2 was being eyed for next summer by Starz; there's no word yet on who might replace the duo at the helm. 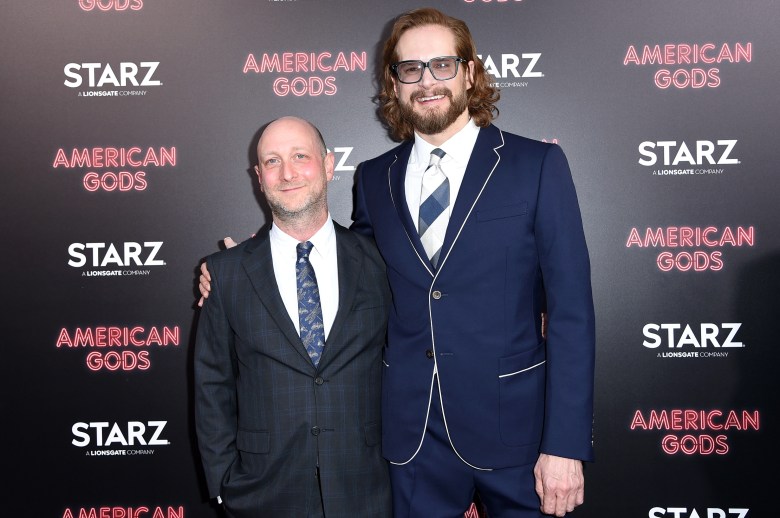 FremantleMedia North America has made a massive shift at the helm of its signature scripted series, “American Gods.” Bryan Fuller and Michael Green, who adapted the series from the Neil Gaiman novel, are departing the show, and it’s unclear how that might impact production on Season 2.

According to multiple insiders, Fremantle had a falling out with Fuller and Green due to a debate over budgets. One noted that Fremantle wasn’t factoring season-to-season cost increases, as well as an bump in the exchange rate with Canada, where the show is filmed. Ultimately, that would have meant a cut in the show’s episodic budget, which is already high because it doesn’t have any standing sets. Budget concerns forced an impasse between both sides, ultimately leading to the decision to part ways.

Both Fuller and Green have busy plates beyond “Gods,” which may have also led to the change. Stuck in the middle is Starz, which has been looking to “American Gods” as a signature show for the pay cable network.

Now that they’re gone, there’s no word yet on replacement showrunners. Gaiman will apparently remain as a producer in some capacity, but also has a full plate with the upcoming miniseries adaptation of his and Terry Pratchett’s novel “Good Omens” for Amazon. “We’re on board as long as the show makes sense for Starz,” Starz CEO Chris Albrecht told reporters this summer at the Television Critics Association press tour. “The vision of Neil Gaiman is the guiding light for all of us, and Bryan Fuller and Michael Green are the guiding lights of that.”

But at that time, Albrecht wasn’t able to give a timetable on when Season 2 would premiere: “It’s a difficult show to make because there are a lot of people to wrangle.” More than half of the Season 2 episodes are already written, and Fuller and Green have already mapped out their vision of how to completely adapt Gaiman’s world, so their take on “American Gods” will continue to be felt even if they’re no longer at the helm. (Fuller experienced a similar exit on “Star Trek: Discovery,” which he also helped create before exiting.)

Fuller’s upcoming credits include a remake of “Amazing Stories” for Apple, and he has also recently hinted at a “Hannibal” revival. Green’s busy year included the release of several features he wrote, including “Murder on the Orient Express,” “Blade Runner 2049,” “Alien: Covenant” and “Logan.” He’s also developing “Raising Dion” for Netflix and “Y: The Last Man” for FX.