The Jane Goodall documentary follows the early years of one of the planet's greatest crusaders, and the choice was echoed by fellow directors like Joe Berlinger, who continues to believe in the power of film to make a difference. 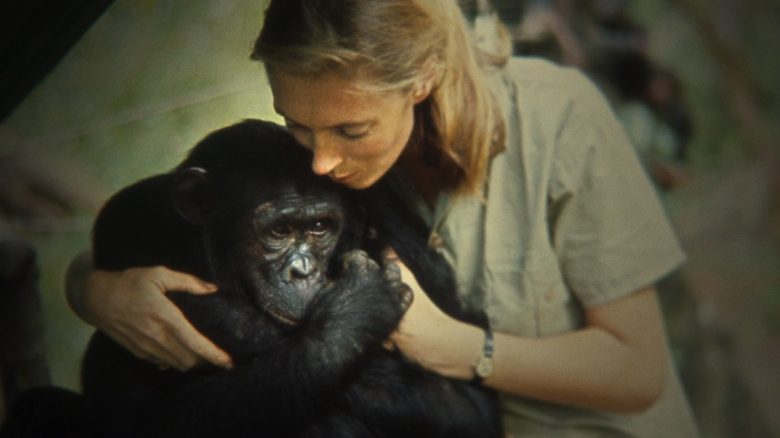 The Critics’ Choice Documentary Awards returned to Brooklyn’s BRIC on Nov. 2 and anointed Brett Morgen’s “Jane” the Oscar frontrunner for Best Documentary Feature. That bodes well for the Jane Goodall profile as it continues its awards season run. Presented by the Broadcast Film Critics Association and the Broadcast Television Journalists Association, the inaugural ceremony last year correctly augured that “O.J.: Made in America” and “13th” would win that season’s top documentary film and television prizes.

When the 2017 nominees were unveiled this October, so was a rule change that merged the Best Documentary categories for films released in theaters versus via television or a streaming platform. This meant that the latest field was extremely stacked — 16 titles — making the win for a feature on the Tanzania expeditions of beloved, now-octogenarian primatologist Dame Jane Goodall extra fortuitous. “Jane” premiered this fall at the Toronto Film Festival, earning an A- from IndieWire.

Envelope-opening was made more exciting with a pair of ties, most notably Best Director, shared by Frederick Wiseman (“Ex Libris: The New York Public Library”) and Russia-born Evgeny Afineevsky (“Cries from Syria”). “Let’s continue in these horrifying times to awaken people in the United States and awaken people in the world, because we are the freedom fighters, and we are the freedom tellers,” said Afineevsky in his acceptance speech.

His sentiments were echoed by Critics’ Choice Impact Award recipient Joe Berlinger, who said we are living in “not normal times,” “unacceptable times” and “fucked-up times.” After acknowledging the 2015 loss of his frequent filmmaking partner, Bruce Sinofsky — they were Oscar nominees for “Paradise Lost 3: Purgatory,” the last in a series that helped free the Impact Award’s presenter, Damien Echols, from 18 years on Arkansas death row— Berlinger continued, “I think it’s great that we have an army of people here to try to not accept the status quo.” Another winner who alluded to politics was former stand-up comedian Bryan Fogel, who directed the Best Sports Documentary, “Icarus.” While filming his doping investigation, Fogel said he realized that “true power” is the ability to steamroll over “incontrovertible evidence” of wrongdoing.

Errol Morris received a standing ovation along with the Critics’ Choice Lifetime Achievement Award; later this month, he will also be the subject of an AFI Fest Tribute at Los Angeles’s Egyptian Theatre. “Wormwood,” the six-part, partly-scripted Netflix series he directed starring Peter Sarsgaard — and described to IndieWire as “my very best work” — premieres on Dec. 15. He told the audience, “I sold it to [Netflix] as the everything bagel. How far could we really push documentary? How far could you push non-fiction? And so my series has drama, re-enactments, interviews, archival material, and on and on and on and on.”

According to Variety, a theatrical cut of “Wormwood” will be submitted to Oscar voters; Morris won the Oscar for Best Feature Documentary in 2004 for “The Fog of War: Eleven Lessons from the Life of Robert S. McNamara.”

The Critics’ Choice Documentary Awards are the sibling of December’s Critics’ Choice Awards, taking place on the West Coast. A year ago, the latter bestowed Entertainment Weekly with the exclusive rights to announce its nominations, causing several BTJA members to resign, including IndieWire’s Michael Schneider.