The show creator also explains why "Drunk History" will never be a feature film. 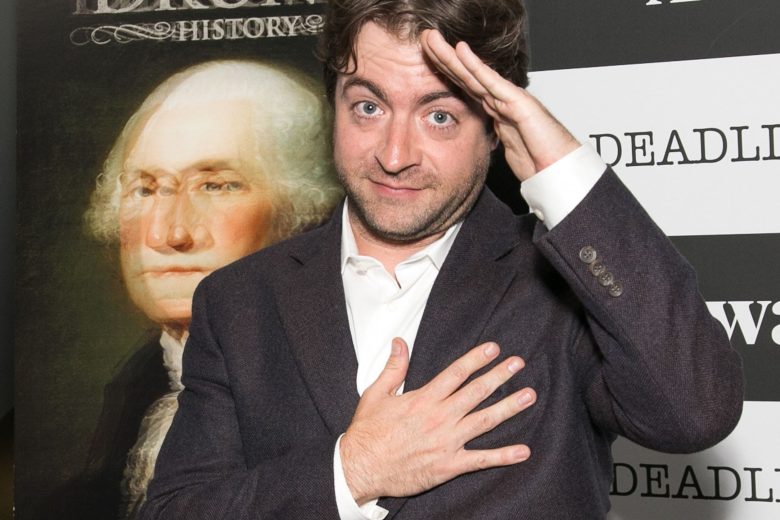 Ten years after the invention of the “Drunk History” format, comedian Derek Waters is reconsidering how to describe the performers who get wasted, then narrate their take on a pivotal moment in history. “I want to start calling them ‘storytellers,'” he said. “It sounds more important. I think ‘narrator’ sounds like a voiceover actor.”

Indeed, the term “narrator” doesn’t quite do justice to what intoxicated celebrities bring to the series, which returned to television Tuesday night after nearly 13 months off the air.

Tuesday’s “Drunk History Christmas Special” will be followed by the show’s full return on January 23. It’s been a long time since new “Drunk History” episodes premiered, something Waters (who co-created the show with Jeremy Konner) acknowledged. “If I was a fan, I’m thinking the show’s over,” he said. “‘I thought you were dead.’ But that’s better like that than people going, ‘Oh, that’s still happening?'”

Waters has worked on “Drunk History” in some capacity since 2007, so for the fifth season, he was ready to find new ways to experiment with the format — including a breakout holiday episode.

Waters and the “Drunk History” team approached Comedy Central with the idea of doing a Christmas special, because there were plenty of stories that fit nicely with the holidays. Washington crossing the Delaware, for example, actually happened on Christmas Day 1776.

“It’s our fifth season and it just felt right,” Waters said. “And I really do love that the show opens with me slapping my best friend [Craig Anstett] in the face.”

The special hearkens back to the show’s humble beginnings as a Funny or Die web series featuring Waters’ friends that, eventually, graduated to television.

Waters said that at the beginning of “Drunk History’s” run, people suggested that the format might work as a feature film. Waters, however, strongly disagreed. “You can’t take a drunk person for more than five minutes,” he said. “Seriously. They’ll get annoying. It’s very hard to tolerate a drunk person more than what we show on the show. The likable parts are all you see.”

Over the course of the show’s run, it’s picked up a massive guest cast featuring some truly impressive names — such as Octavia Spencer, who played Harriet Tubman in Season 3.

“OK, here comes an Oscar winner that wants to do your dumb show,” Waters said about casting Spencer. “I had heard she wanted to do it, but I also thought she would be the best person for Harriet Tubman. And luckily, she wanted to do it.”

All three of the “storytellers” in the Christmas special were white men, but the upcoming season does feature a great deal more diversity, as seen in the trailer below, which includes glimpses of narrators such as Tiffany Haddish, Paget Brewster, and Questlove.

So while the Christmas special is a white male affair, the first episode of Season 5, “Heroines,” will feature Haddish, Brewster, and Amber Ruffin slurring their way through stories about great women, as played by Evan Rachel Wood, Busy Phillips and Mandy Moore.

“Mandy Moore — how the hell did I get Mandy Moore? Evan Rachel Wood? I mean, it’s insane,” Waters said. “This little show of getting your friend drunk and hopefully somebody famous will reenact it, and then turns out to be this.”

Fans might also note one interesting change to the “Drunk History” credits: each episode now spotlights not just the headlining stars, but also the supporting actors, an ensemble that has been working on the show since Season 1.

“They do such a great job. They’re the Blaine Community Players,” Waters said (making a “Waiting for Guffman” reference).

With production nearly complete on Season 5, any discussion of Season 6 at this point uses the word “if” and not “when,” though Waters said that if the show returns, he’ll continue to want to experiment with the format.

“One episode that we have this season is called ‘Drunk Mystery,’ where it’s a parody of ‘Unsolved Mysteries,’ where I play Robert Stack, but I’m lip-syncing to a really good soundalike voiceover guy.”

Added Waters: “I never want it to get old. I want to find new ways that don’t make it feel like the same old thing over and over again. So stuff like ‘Drunk Mystery’ I feel confident that I’m still finding new jokes in the same premise of the show.”