Despite fan outcry against the casting of the actor, director David Yates maintains that allegations from Amber Heard don't impact his production. 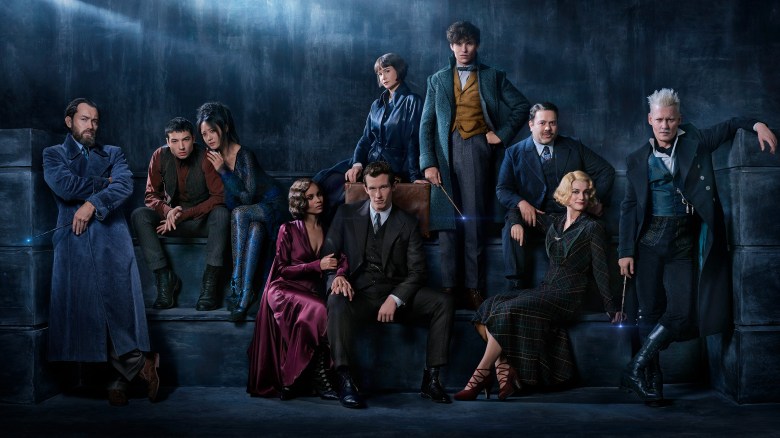 When David Yates’ “Fantastic Beasts” series returns for a second feature next year, the “Harry Potter” spinoff will include a number of familiar faces, including Johnny Depp as the evil wizard Gellert Grindelwald. Despite consistent fan outcry against the casting of Depp, accused by his now-ex-wife Amber Heard of domestic violence during their brief marriage, Yates maintains that such allegations do not impact his production. Still, a number of fans have spoken out against Depp’s casting in the series in recent months, leading to the creation of a slew of petitions asking for the part to be re-cast.

While Depp was briefly seen in the first “Fantastic Beasts” film — for the majority of the feature, he was “disguised” as another wizard, played by Colin Farrell — he is expected to take a “much more pivotal role” in the next feature. That’s no surprise, as the film is titled “Fantastic Beasts: The Crimes of Grindelwald,” and will dive deeper into the dastardly deeds of his character.

In a new interview with Entertainment Weekly, Yates tells the outlet that, despite an uptick in recent months of reports of sexual harassment and abuse in the entertainment industry, he just doesn’t quite see the correlation with his star, who has always been “full of decency and kindness” towards him.

“Honestly, there’s an issue at the moment where there’s a lot of people being accused of things, they’re being accused by multiple victims, and it’s compelling and frightening,” Yates told EW. “With Johnny, it seems to me there was one person who took a pop at him and claimed something. I can only tell you about the man I see every day: He’s full of decency and kindness, and that’s all I see. Whatever accusation was out there doesn’t tally with the kind of human being I’ve been working with.”

Yates’ claim that Depp has always been nice to him is certainly thin — again, Heard’s claims against Depp were within the context of their marriage, not a professional situation — which is perhaps why he then thought it was necessary to invoke words of support from some of Depp’s other exes, including Vanessa Paradis, Lori Anne Allison, and Winona Ryder.

“By testament, some of the women in [Depp’s] life have said the same thing — ‘that’s not the human being we know,’” Yates told EW.

Yates added, “It’s very different [than cases] where there are multiple accusers over many years that need to be examined and we need to reflect on our industry that allows that to roll on year in and year out. Johnny isn’t in that category in any shape or form. So to me, it doesn’t bear any more analysis. It’s a dead issue.”

In early 2016, Heard accused Depp of being emotionally and physically abusive during their short marriage, at one point releasing a video of Depp “having a tantrum” and a photo of herself with a black eye she attributed to Depp’s alleged violence.

Earlier this year, Depp and Heard’s divorce was finalized, with the actor ordered to pay his ex-wife a settlement of $7M, which she then pledged in full to the Children’s Hospital in Los Angeles and the American Civil Liberties Union.

“Fantastic Beasts: The Crimes of Grindelwald” will open on November 16, 2018.

This Article is related to: Film and tagged David Yates, Fantastic Beasts: The Crimes of Grindelwald, Johnny Depp