Not even "Pan's Labyrinth" compares to "The Shape of Water" in del Toro's heart. 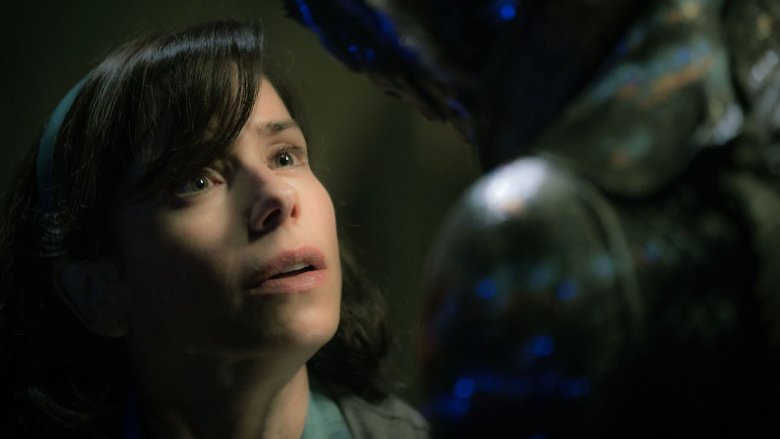 Guillermo del Toro’s filmography includes such acclaimed titles as “Cronos” and “Pan’s Labyrinth,” but the director tells Collider that he’s proudest of “The Shape of Water.” The filmmaker’s latest stars Sally Hawkins as a mute custodial worker who sparks a romance with an amphibious creature being tested on in a Cold War-era government facility. The film won the Golden Lion at the Venice Film Festival and is widely expected to earn numerous Oscar nominations next year. The reception is extra sweet for del Toro since the drama is his “most favorite film.”

“I’ll tell you, it doesn’t get more personal than ‘Shape of Water’ for me. I am the proudest of it. It’s my favorite movie that I’ve done,” del Toro told Collider. “Just to be in the conversation is really, really great. You work very hard to get the movie out there and have it seen, and the movie does connect, beautifully, with an audience. It has an enormous heart. I’ve seen it 190 million times and I still cry in three or four moments in the movie. It’s even more than that…I love it. I call it ‘a fairytale for troubled times’ because it’s an ointment against the world, where we’re waking up every morning with worse news.”

Del Toro announced last month that he would be taking a one-year break from directing, a decision that was partially made because of his love for “The Shape of Water.” The director told Collider that because he’s so proud of the movie, he wants to put directing on hold so that he can travel across the country with it to various festivals and screenings. He explained that when “The Devil’s Backbone” was released in 2001, he was unable to tour the country with it because he had to work on “Blade 2.” It’s a decision del Toro regrets doing, and he doesn’t want to cut short his attention on “The Shape of Water” by taking on another directing project.

“When ‘Devil’s Backbone’ was touring, I was busy in post-production on ‘Blade 2, and it shouldn’t happen like that. I was so proud of that movie, and I didn’t enjoy it and I didn’t maximize my time with it. Movies are like children. They grow up and they leave you, and they don’t come back home. They go to university and don’t call. So, I wanted to travel with ‘Shape of Water.'”

“The Shaper of Water” opens December 1 in limited release.

This Article is related to: Film and tagged Guillermo del Toro, The Shape of Water