A handful of promising low budget American movies just played for an exclusive audience on the other side of the planet. Here's what to expect. 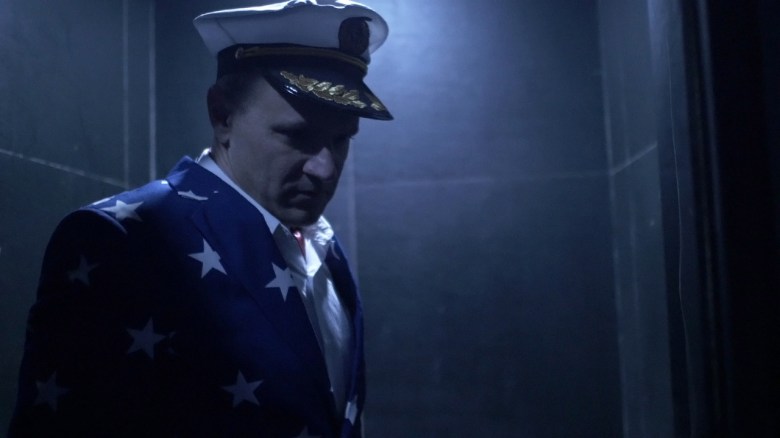 Now in its eighth year, the American Film Festival offers a unique perspective on recent developments in U.S. indie filmmaking. That’s because it happens in Poland, staged at the stylish Kino Nowe Horyzonty film center in Wroclaw, also home to the summer New Horizons festival, which has more of a European tilt.

Although the festival, which recently concluded, surveys many favorites from Sundance and South by Southwest, the curation doesn’t merely transpose selections to a new setting. It imports a lively assortment of filmmakers, as well, and creates a cozy, engaged atmosphere more akin to the communal vibe of the Maryland Film Festival. Indeed, to rub shoulders in a crowd that included Jody Lee Lipes, Noel Wells, Dustin Guy Defa, Nathan Silver, producer Mike Ryan, Jessica Oreck and Mike Ott is to experience a deep dive into the creative bustle of current indie ferment.

That spirit is further enhanced by the fest’s U.S. in Progress sidebar, an invitation-only program that spotlights works-in-progress and counts such alumni as Amy Seimetz, Onur Tukel, Matt Porterfield and Joshua Z. Weinstein, whose “Menashe” went on from an in-progress screening last year to become one of 2017’s surprise indie hits – in Yiddish, no less.

“There’s something to be said for being so far away,” says George Rush, a producer of Michael Tully’s “Ping Pong Summer” and Rick Alverson’s “Entertainment,” who participated in USiP with the Hong Kong-set “Ghost Box Cowboy.” Filmmakers are freer to expose their work, warts and all, in hopes of constructive feedback, without the paranoia that might arise back home.

Here’s a glance at five new films from the American Film Festival – one yet to have its domestic debut and four work-in-progress titles – to look out for at U.S. festivals next year (and one that just made its stateside debut).

Baltimore filmmaker Matt Porterfield has been mapping his hometown in gem-like episodes of naturalistic drama for a decade now in films like “Hamilton” (2006), “Putty Hill” (2010) and “I Used To Be Darker” (2013). The new “Sollers Point” follows the geographical theme, and traces the shaky past and uncertain present of 26-year-old Keith (Baltimore native McCaul Lombardi, of “Patti Cake$” and “American Honey”), a petty drug dealer who lives under house arrest with his grumpy if endlessly patient father (the oft-maligned Jim Belushi, perfectly cast) in a lower middle-class suburb. The fragments of Keith’s life begin to assemble once he’s freed of his ankle bracelet and begins reconnecting with an assortment of neighborhood characters, from an exasperated ex-girlfriend Courtney (Zazie Beetz) to rising hip-hop performer Marquis (real-life rapper Brieyon Bell-El) to the punk thugs intent on settling a score with their former gang buddy. Keith’s appetite for self-destruction is driven by a hair-trigger temper and reckless impulsiveness, countered by glimmers of redemptive paths. But even a promising visit to a Baltimore art school sets off a chain reaction of bad decisions as he barrels towards the film’s open-ended climax, and a solid run of its most compelling scenes. What Porterfield does so well, beyond his feel for intimate human moments and the kind of novelistic detail that used to be called “dirty realism,” is capture a side of American life that more solipsistic branches of indie film never dare to approach. “Sollers Point” is keen in its presentation of the often sympathetic overlap of black and white cultures within a single community, and its awareness of class divisions, while giving all its characters generous elbow room in which to breathe.

To paraphrase Dennis Hopper in “The American Friend”: What’s wrong with a cowboy in Hong Kong? Well, quite a lot, it seems. David Zellner, half of the Austin, Texas, filmmaker duo the Zellner Brothers, squares his jaw and slaps on a Stetson as the title character in an often absurdist commentary about capitalism gone berserk in 21st century China. Zellner’s archetypal Lone Star entrepreneur arrives in the neon wonderland with an ambitious scheme to cash in on Chinese folk superstition with cheap, mass-produced gadgetry, but his plan runs amok in a story littered with surreal imagery, bizarre personas and culture-clash intrigue. At times, the film evokes the stranger-in-a-strange-land vibe of vintage Werner Herzog with its warped saga of an American dreamer lost in a Chinese nightmare.

Writer-director-cinematographer John Maringouin, who previously made the documentaries “Big River Man” and “Running Stumbled,” immerses the viewer in an often mad swirl of color and sensation, ever ready with a startling image and equally startling characters, including a boldly gonzo turn from Robert Longstreet gone ’round the bend.

“Jules of Light and Dark”

Speaking of Longstreet, the criminally under-appreciated actor gets a welcome showcase in this moody drama, written and directed by Daniel Laabs, the Dallas-based filmmaker who makes his feature debut. He’s Freddy, a lovelorn middle-aged gay Texan whose often wordless articulation of loneliness and regret for false turns gives this quiet character study a soulful resonance. His spiritual counterpart is Maya (played by another versatile indie all-star, Tallie Medel), a college student who, likewise, is adrift in her yearning, in a relationship with the elusive Jules (Betsy Holt) that isn’t as secure as she wants it to be – staged against a backdrop of rave parties and awkward three-ways with a male DJ friend.

The emotional angst and uncertainty grows after the women have a near-fatal car wreck, from which Freddy rescues them amid intersecting character arcs. Maya forms a bond with the kindred stranger, in whose vulnerability and longing she recognizes her own.

“One Man Dies a Million Times” “One Man Dies a Million Times”

An evocative title ratchets up curiosity about the first fiction film by Jessica Oreck, a globe-trotting documentarian known for intensive forays into the deepest thickets of myth and tradition from Japan to Eastern Europe to the Arctic Circle. The drama was made in St. Petersburg, Russia, with a Russian cast and crew, and true to Oreck’s nonfiction roots, draws on a true story from World War II. It dramatizes the fight of agricultural scientists to preserve the gene bank of the Pavlovsk Experimental Station during the Siege of Leningrad (1941-44), defending thousands of plants and seeds, both from the German troops and, increasingly, themselves. Many of the scientists died of hunger, rather than eat the unique and irreplaceable specimens. So, for an hour-and-a-half, the camera witnesses a multi-year descent into starvation and death, with poetic subtitled narration adapted from letters of the period and richly luminous black-and-white cinematography by Oreck’s frequent collaborator, Sean Price Williams. It’s true, as Oreck says, that she “makes films for people that are willing to work hard for them.” Yet, for its challenging premise, the film exerts a hypnotic pull into its imagined world – although based on the past, the story is set in the future – that is difficult to shake off once the lights come up.

Limbo beckons from a grotty milieu of dismal hotel rooms and derelict dive bars in a shambling drama about a soul-battered New York chef unraveling on a trip to Hong Kong. Stephen Gurewitz (“Marvin, Seth and Stanley”) writes and directs, and for the first time Sean Price Williams takes the lead role in front of the camera instead of behind it. Williams, the go-to cinematographer for such filmmakers as Alex Ross Perry (“Golden Exits”), Robert Greene (“Kate Plays Christine”), and the Safdie Brothers (“Good Time”), convincingly and sometimes humorously slouches and stumbles toward existential oblivion, in the company of an admiring Chinese restaurateur and a solicitous punk barmaid, among others. His character appears lost in the aftermath of a relationship with the girlfriend (Hannah Gross, now starring in Netflix’s “Mindhunter”) of a hotshot New York restaurant owner (Alex Ross Perry, vaguely sinister). Much transpires in flashbacks that seem to evaporate in the haze of a permanent hangover, while Adam Ginsberg’s camerawork glimpses a much grittier Hong Kong than the glittering metropolis most films exploit.