The Dems are back. 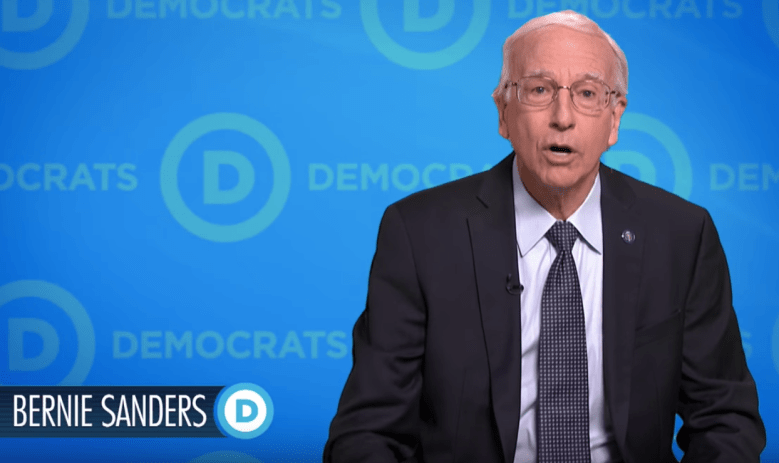 Larry David hosted “Saturday Night Live” last weekend, earning pretty, pretty good reviews — aside from a Holocaust joke he made during his opening monologue, at least. The “Curb Your Enthusiasm” creator returned to “SNL” last night, reprising his role as Bernie Sanders and making a veiled reference to his ill-advised gag. Watch below.

The bit was occasioned by the Democrats’ election victories this week and centers around an ad for the Democratic National Committee that also features Leslie Jones as Donna Brazile and Kate McKinnon pulling double duty as both Hillary Clinton and Nancy Pelosi. As Sanders, David says that the party has to take a stance on politically incorrect humor — such as “these comics out there who think it’s okay to make jokes about concentration camps. That guy should rot in hell.”

Pelosi talks about Bernie transferring “his base of passionate millennial voters over to a new leader,” but he isn’t having it. “No!” he yells. “If you liked it, you should have put a ring on it. Pass.”

This Article is related to: Television and tagged Larry David, Saturday Night Live