Maybe it's true that "there are no good opening lines in a concentration camp." 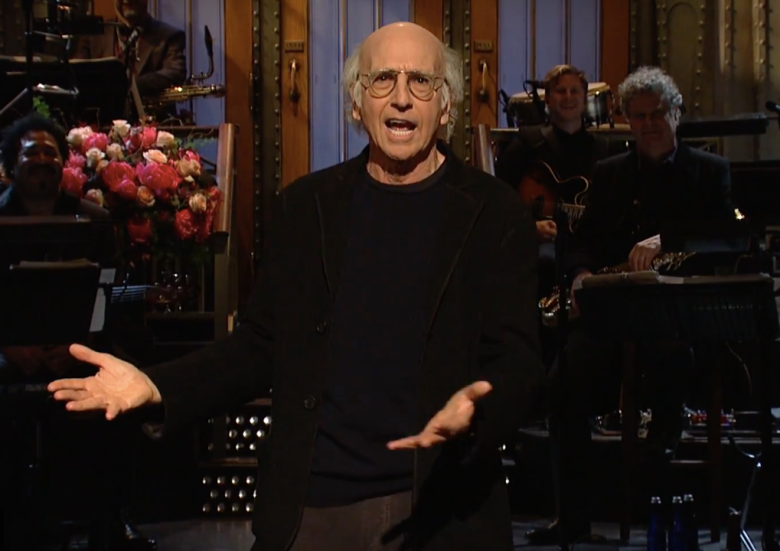 Larry David hosted “Saturday Night Live” last night and, though it was pretty, pretty good for the most part, his monologue has proven divisive. The creator and star of “Curb Your Enthusiasm” touched on both the ongoing sexual-harassment scandal emanating out of Hollywood and the Holocaust, eventually connecting the two via a joke that didn’t land especially well.

After noting that several of the men accused of sexual harassment are Jewish, David said he doesn’t like when his people are “in the headlines for notorious reasons.” “I want ‘Einstein discovers the theory of relativity.’ ‘Salk cures polio.’ What I don’t want? ‘Weinstein took it out.’ I consistently strive to be a good Jewish representative. When people see me I want them to say, ‘Oh, there goes a fine Jew for you!’”

That eventually led him to the subject of concentration camps. “I’ve always been obsessed with women, and I’ve often wondered: If I’d grown up in Poland when Hitler came to power and was sent to a concentration camp, would I still be checking out women in the camp?” David said.

“The problem is, there are no good opening lines in a concentration camp. ‘How’s it going?’ ‘They treatin’ you okay?’ ‘You know, if we ever get out of here, I’d love to take you out for some latkes. You like latkes?’” Watch his full monologue below.

This Article is related to: Television and tagged Larry David, Saturday Night Live