Lizzy Caplan plays a "sardonic, edgy, screw-up" in her new Showtime series, a character she knows she's played before. So why is the actress so thrilled to go back? 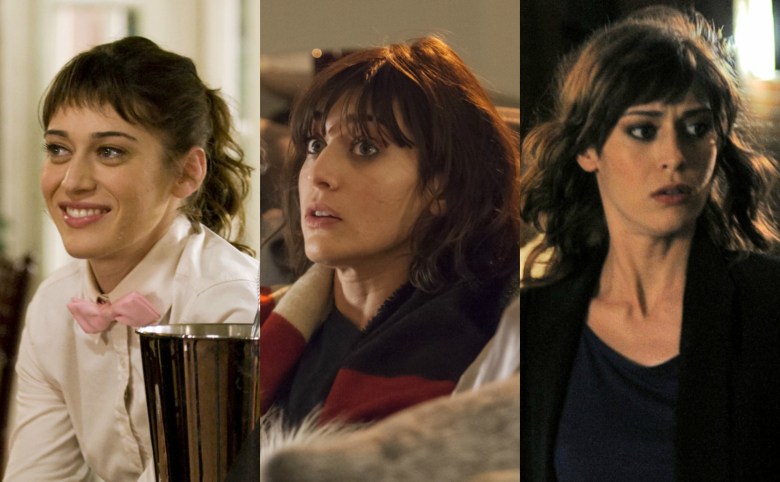 Lizzy Caplan is great at playing dark, jaded, and edgy characters. She hates that word — “edgy” — but she still uses it to describe Nadia, her role on the new Showtime acquisition, “Ill Behaviour.”

“I think the perception of me is that I played this type of screw-up a lot,” Caplan said in an interview with IndieWire. “It was a return to something familiar, but playing this type of sardonic– I hate the word edgy, but edgy screw-up, in a situation that was completely novel was exciting. I wanted to put back on my black T-shirts and my smeary eye makeup and get back on that horse again for a minute.”

The novel situation she refers to is indeed that: Nadia is a doctor called upon to illegally administer chemotherapy to an unwilling patient. Played by her husband, Tom Riley, Charlie wants to tackle his cancer with alternative medicine, but his friends Joel (Chris Geere) and Tess (Jessica Regan) kidnap him, recruit Nadia, and force the healing medicine into his body.

Why would Nadia do such a thing? Well, she’s not exactly “The Good Doctor,” or even a good doctor. She does hard drugs, drinks constantly, and seeks any kind of stimulation she can get. And she doesn’t care whether she’s on call or not.

“I find her to be a fairly horrible person for most of the show,” Caplan said. “But after playing her for a bit I did understand where she was coming from in a way that I probably didn’t when I was reading the first episode. […] I didn’t even read the script when it first arrived. [Creator] Sam Bain is a bit of a god in U.K. television, but since I’ve never really watched ‘Peep Show,’ I didn’t know what a dummy I was being by not reading the script. So, I did read them after that and loved it.” Caplan knew she could handle the role because she’s “the type of character I played a lot in my youth.” And before “Masters of Sex,” she was best known for her parts in “Party Down,” “Bachelorette,” and “Mean Girls.” Each of these people involved various levels of irresponsibility, and it was easy for audiences to see Janis the teenage punk in “Mean Girls” growing up to be either Casey, the struggling, jaded, stand-up comedian in “Party Down”, or Gena the coke-snorting party-goer of “Bachelorette.” (Plus, there’s the bonus connection of having Adam Scott play her love interest in both of the later projects.)

Nadia is much more than irresponsible. She’s so far down a doomed rabbit hole, she makes an appealing lock to pick for Caplan.

“I find the most exciting [challenge] is to take a character who is wholly unlikable on the page and figure out a way to make her somewhat appealing to the audience,” she said. “I’m never drawn to roles where the person is particularly well-adjusted or doing things perfectly in life, [but] I haven’t had quite this extreme of a fuck-up in a while. She’s not even, like, 25 making all these dumb mistakes, [an age when] I think a lot of people might be able to relate to some of her behavior. She’s in her thirties, and it’s not really a good look anymore.

“So, what could I bring to that? Honestly, I feel like it took me a while with Nadia because she’s so horrible. But I think, hopefully, I figured it out.” Caplan wasn’t looking for a TV role when “Ill Behaviour” came along — at least, not one shooting in England — but now it’s the dream. She’s currently in France shooting a TV adaptation of Wolfgang Peterson’s “Das Boot,” but her next project won’t be another limited series if she has her druthers.

“The perfect scenario is a television show and movies in the offseason,” Caplan said. “I assume that’s probably the dream for a lot of working actors. […] Prior to ‘Masters of Sex,’ no television I ever did ever went on for multiple seasons, but now that I know that’s a real possibility, the selection process seems to get more intense. The next TV show I do will hopefully carry me through the next few years.”

In a shifted industry, Caplan knows an artistically satisfying and financially rewarding gig isn’t easy to come by — even in a TV world that’s bursting with parts as challenging as Nadia, if not more so.

“The roles that I find are the meatiest and the most challenging for women, right now, the vast majority of them are on television,” she said. “But something happened since I started ‘Masters of Sex.’ It’s like a completely new world with hundreds of television shows, and, you know, Meryl Streep — this massive movie star — doing television shows. The landscape looks and feels a lot different.”

“So, adding to this idea of trying to pick the right show because it might go on for years and years, now there are so many television shows. Finding something that not only is a great role, [but is also in] a project on a network or streaming service that people will actually be able to find, it seems like a pretty tricky task at this point,” Caplan said. “So, I’m trying to just be as patient as possible.”

This Article is related to: Television and tagged Ill Behaviour, Interviews, Lizzy Caplan