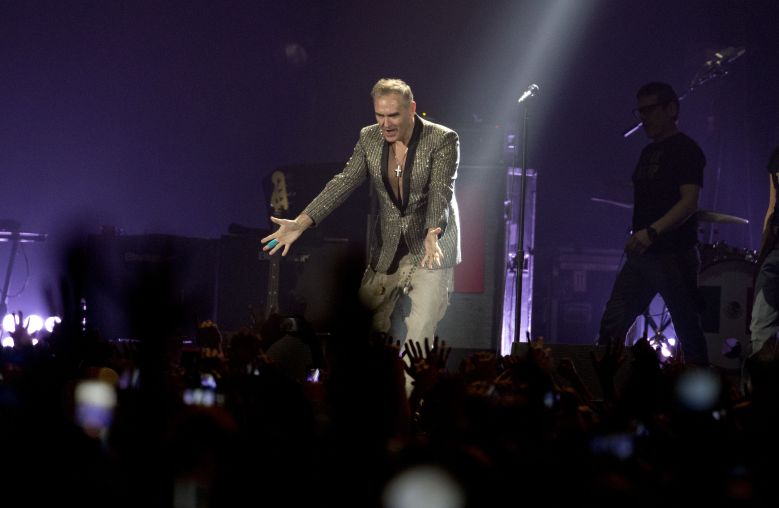 Kevin Spacey is all but done for after being accused of sexual harassment and worse by several men in recent weeks, having been fired from “House of Cards” and removed entirely from “All the Money in the World.” Few have come to the Oscar-winning actor’s defense, but he now has one notable ally in Morrissey. Speaking to Spiegel Online (and translated on Morrissey Solo), the singer calls the allegations against Spacey “ridiculous.”

“As far as I know, he was in a bedroom with a 14-year-old,” Morrissey added. “Kevin Spacey was 26, boy 14. One wonders where the boy’s parents were. One wonders if the boy did not know what would happen.” Given Morrissey’s penchant for controversial remarks over the years, is it really so strange that he would go to bat for Spacey?

“I do not know about you but in my youth I have never been in situations like this. Never. I was always aware of what could happen,” Morrissey continued. “When you are in somebody’s bedroom, you have to be aware of where that can lead to. That’s why it does not sound very credible to me. It seems to me that Spacey has been attacked unnecessarily.”

Though he says he’s strongly opposed to sexual violence of all kinds, Morrissey thinks that occasionally “the person referred to as a victim is merely disappointed.”

This Article is related to: Film and tagged Kevin Spacey, Morrissey, Music