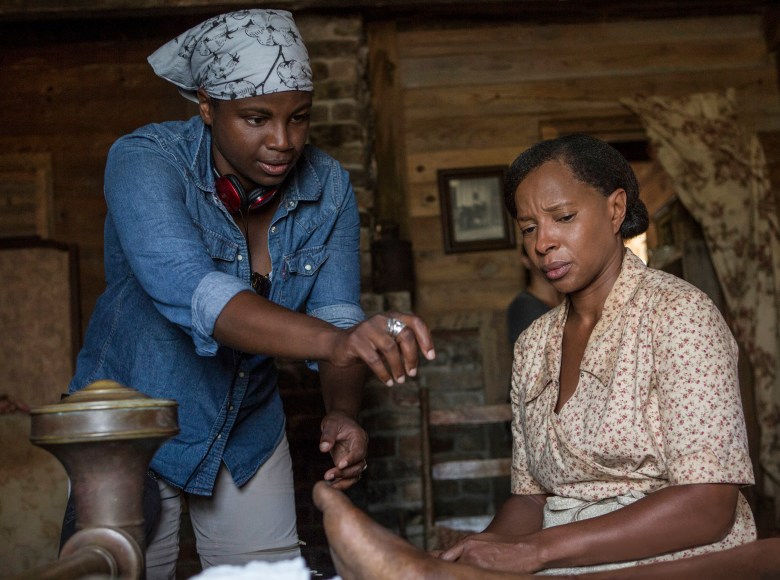 “Mudbound” is not a multi-character film in the spirit of director Robert Altman, or 2006 Oscar-winner “Crash.” Instead of being a sprawling tapestry, the intertwined stories of two very different farming families (one black, one white) unfolds into one increasingly cohesive narrative.

“It’s almost like one story [that is] being handed off and everyone is [unaware] they are having similar conversations with themselves,” said director Dee Rees when she was a guest on IndieWire’s Filmmaker Toolkit podcast. “At one point [cinematographer] Rachel [Morrison] was like, ‘When has this ever worked?’ And I was like, ‘I don’t know, but this will be the film where it works.’”

To accomplish this, Rees grounds the audience in the subjectivity of six different protagonists, each with their own internal monologue. It’s something a novel — like Hillary Jordan’s “Mudbound,” which Rees and co-writer Virgil Williams’ adapted — can do effortlessly by accessing the internal thoughts of various characters, but is considered to be impossible on the big screen.

Listen to the Entire Podcast Above

“With this film the risk is in trying to tell everyone’s story, the risk is it becomes no one’s story,” said Rees. “It’s beautiful mush. I always lean toward brokenness versus hagiography, or how something is whole or perfect. I’m interested in the cracks: If you understand the cracks, then you can maybe better understand the thing. I always go for the thing that’s more subversive, not the straight ahead narrative, never vanilla.”

While on the podcast, Rees broke down how this approach to storytelling informed every decision in “Mudbound” — from the timbre of the voices of the actors she cast, to the direction the furrows in the field were plowed — as well being what drew her to tackle the messy battle for women’s equal rights in the early ’70s (“An Uncivil War,” Rees next film) and her decision to try her hand at adapting the author most think to be unadaptable, Joan Didion (Rees will direct an adaptation of “The Last Thing He Wanted” for “Mudbound” producer Cassian Elwes).