By focusing more closely on the land shared by a black and white family in the 1940s, editor Mako Kamitsuna uncovered greater emotional resonance. 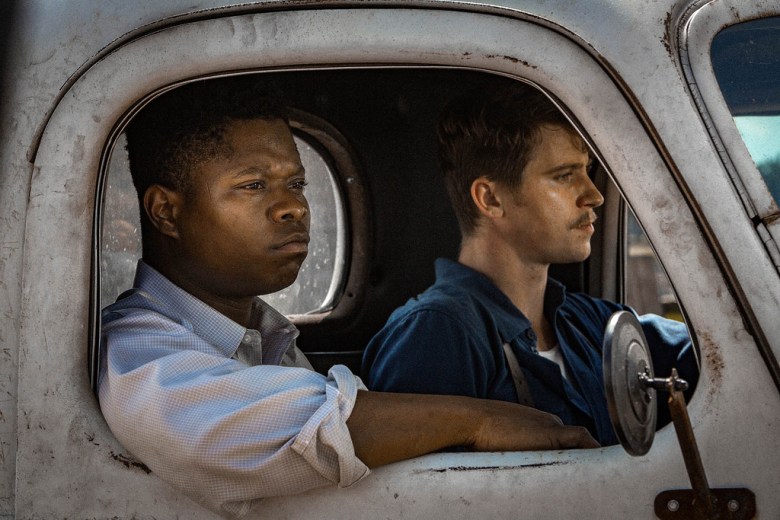 Race and poverty intertwine in director Dee Rees’ powerful Oscar contender, “Mudbound” — a potential game changer for Netflix. But Rees and her “Pariah” editor Mako Kamitsuna decided early on that their sprawling movie about a black and white family in the 1940s Mississippi Delta was getting lost in the interlocking narratives. They needed to find the connective tissue that united them in their struggle for the American Dream.

The answer was hiding in plain sight all along. “The more Dee and I worked in post, we started to realize that the connective tissue was the land and each character’s yearning for the land as home and the place of security, prosperity, and dreams,” said Kamitsuna. Focusing on the Land

The structural problem was discerning narrative clarity, further complicated by an overabundance of voice-over narration (a holdover from both Hillary Jordan’s novel and the script by Virgil Williams and Rees). So director and editor decided to first restructure the movie, compiling all of the respective Jackson and McAllen family scenes from beginning to end, and then determining the best points of interaction. This enabled them to also cut most of the voice-overs. “People were worried about it becoming nobody’s story,” Rees said.

“We unraveled what the screenplay offered and evaluated the prices they are paying for their families and ideals,” Kamitsuna said. They did this through an effective mirroring of these cross-generational conflicts. “Mudbound” fittingly opened in the pouring rain and mud, with Henry and Jamie digging a grave for their late father, Pappy (Jonathan Banks). “I personally thought that was a very provocative, very symbolic opening, starting from death, starting from being mired in mud,” Kamitsuna said. “And then we tried to figure out how they got there in the mud. That’s a departure point of the whole movie. But it gives enough clues as a place of convergence after two brothers have been divided by unseen forces.”

Added Rees: “Either we’re burying our history or putting to it to rest. I liked it symbolically.”

As an experiment, Rees and Kamitsuna even played around with a “Rashomon”-inspired device of returning to the burial site at various points in the story, telling it from different perspectives. “It was a very interesting exercise that clarified where the characters are coming from, and we were able to finesse the burial scene later on more precisely,” said Kamitsuna.

One of the most dramatically insightful subplots involves the friendship between Laura and Florence. This helps overcome the racial divide. After Florence is summoned to help save the two young McAllan daughters, suffering from whooping cough, she’s hired on as a servant. The two mothers become kindred spirits. “That scene was very much a premise for Florence to get hired, almost like a reward for saving the children,” Kamitsuna said. “But it becomes Florence’s tale of survival and what that meant for a black woman to take care of these white children at that time.”

By contrast, the friendship between Jamie and Ronsel achieves a more complicated racial unity. Jamie, an alcoholic, literary-type, suffers from survivor’s guilt, while Ronsel returns home after being a war hero to the shame of the Jim Crow South. Both seek refuge elsewhere from being mudbound.

“What’s special about ‘Mudbound’ is that we’re giving meaning to so many slices of life,” said Kamitsuna. “They all share a sense of displacement and struggle to cope with how the world is changing and what they have to go through to create the land as a home.”

This Article is related to: Awards and tagged Dee Rees, Editing, Mudbound, Oscars, Top of the Line