The contrast between rural clothing in "Mudbound" and fashionable costumes in "Murder on the Orient Express" couldn't be more revealing. 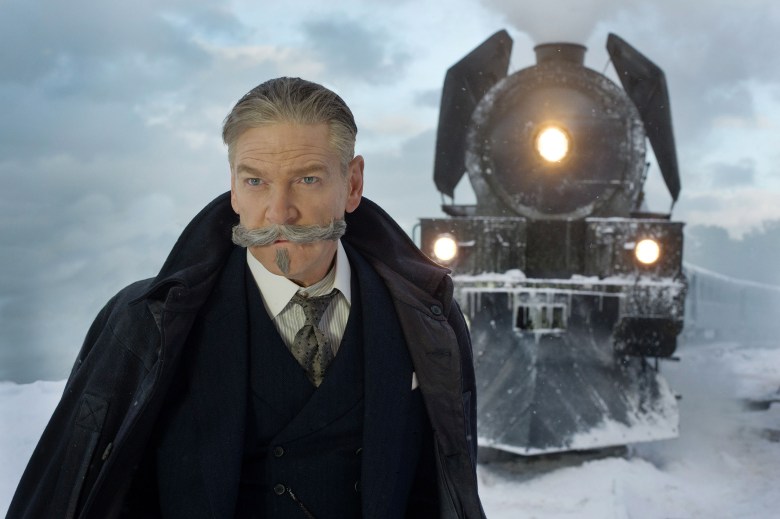 You won’t find a sharper contrast in period costume design than the farm life of “Mudbound” vs. the high fashion of “Murder on the Orient Express.” The former, directed by Dee Rees, is a sprawling saga about two families, one black, one white, in the 1940s Mississippi Delta. And the latter, helmed by Kenneth Branagh (who also plays the wildly mustachioed Hercule Poirot), is a stylish, 1934 murder mystery aboard the eponymous luxury locomotive. There were two challenges for costume designer Michael T. Boyd (“Bessie,” “We Were Soldiers,” “Gettysburg”): Authenticating clothing for parallel settings on the Mississippi Delta and in aerial and tank battles during World War II. “It stretches your creativity,” said Boyd, who was working on a small budget for the indie feature distributed by Netflix.

“You’re trying to realistically recreate the atmosphere,” Boyd added. “That was my mission on this show. Literally going out to thrift stores and looking at collars on shirts and knowing wardrobes as I do.”

Most of the clothes were designed by Boyd or embellished with pieces from his vast archive of apparel and accessories from previous movies.  He came prepared for the Louisiana shoot with a 52-foot trunk filled with period clothes, footwear, hats, and shoes, some of which he’d never used before.

Boyd turned to a rental house only when necessary, including formal wear for an early Memphis party scene featuring a pin stripe suit for Henry McAllan (Jason Clarke), and evening wear for his wife Laura (Carey Mulligan), and brother Jamie (Garrett Hedlund). This was prior to the McAllans buying a Mississippi farm and Jamie going off to war as a fighter pilot. Struggling to run a farm, the McAllans rely on sharecropping family the Jacksons, including matriarch Florence (Mary J. Blige), husband Hap (Rob Morgan), and eldest son, Ronsel (Jason Mitchell), who goes off to war to become a decorated leader of the all-black tank squadron, the Black Panthers.

The military uniforms were precise recreations, as were the rural garments. Once on the farm, though, the McAllans began dressing more like the Jacksons. “Henry wears actual denim overalls from the ’30s and ’40s, and Laura starts off wearing a coverall outfit with blouses and later a simple prairie dress,” said Boyd. “Florence looks good in a green and beige plaid dress, but her church dress is a deep maroon. Hap wears a unique pair of faded 1940 overalls with a bib that doesn’t come up to the chest all the way.”

For Ronsel, though, returning home to the Jim Crow South doesn’t deter him from wearing his uniform or comfortable clothing. “He’s not a sharecropper anymore,” Boyd said. “He hangs out with Jamie and his clothes are similar but not as stylish.” Dressed to Kill on The Orient Express

For the latest movie version of Agatha Christie’s “Murder on the Orient Express,” costume designer Alexandra Byrne (“Doctor Strange,” “Guardians of the Galaxy,” Thor”) immersed herself in fashion of the ’30s. She used original fabric sample books and scoured stores and costume houses to understand color and social class. Then she prepped by making character histories and mood boards. Most of the pieces were custom-built and the colors and textures really pop in 70mm.

“The difference in tailoring between England and America at the time was that England was governed by a complete class system in that the biggest offense an English gentleman could cause would be to dress above his class,” Byrne said. “So it was very repressed. There was no leisure wear and people had far less clothes. It was the beginning of mass production.”

Also, knowing that a lot of the movie was going to be shot against a backdrop of snow, the use of color offered exciting possibilities. “The clothes are totally true to period, but I wanted to give them a sense of modernity through my choice of color because I think people tend to think of period as a bit brown. There was brown but there were also vibrant colors.”

For the fastidious Belgian detective, Branagh and Byrne went with the notion of vanity as his weapon. His military background also provided a clue. “He loved fine things but was very particular about his choices and it was a limited color palette,” she said. “The quality wasn’t in the colors or in the cloth, but in the shape by controlling the structure of the garment.” “Agatha Christie described her as a ‘woman who walks too loud,'” said Byrne, who used that as her brief. “There’s a fine balance because we need to have an affection for her. In talking to Michelle, we discussed the idea of making her a professional tourist. So everything she wears has a theme of where she’s been or about to travel to: A ski suit, a dress with Syrian embroidery on it, or a plum evening dress.” As for Ratchett, Byrne dressed him as someone who disregards the rules of class. “He gets it all wrong and has a sense of swagger,” she said. “He reeks of money without reserved taste. He dresses above his class by wearing silk shirts instead of cotton.”

In other words, Ratchett dressed in a way that Poirot found completely unintelligible.

This Article is related to: Awards and tagged Best Costume Design, Dee Rees, Kenneth Branagh, Mudbound, Murder on the Orient Express, Oscars, Top of the Line