November is stacked with Netflix content, from Westerns to movie adaptations to one ill-timed superhero series. 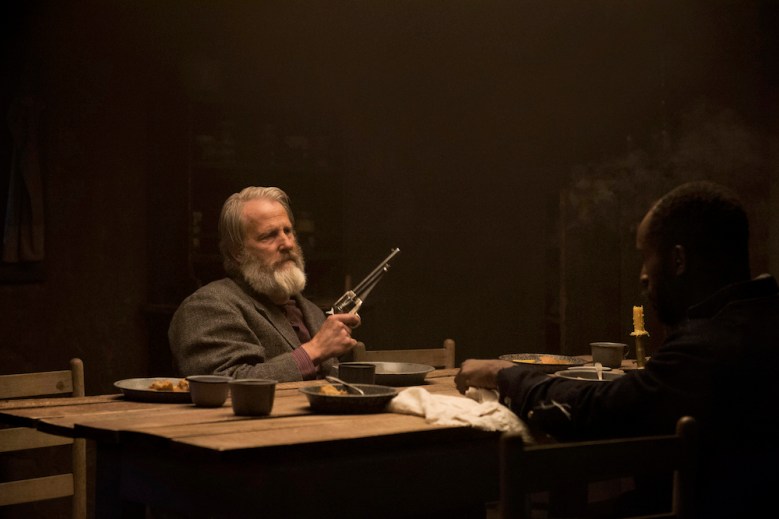 Why Should I Watch It? “Godless” reunites the duo behind “Out of Sight”: Scott Frank (who wrote the 1998 crime romance starring George Clooney and Jennifer Lopez) pens and directs the new seven-episode limited series, while Steven Soderbergh serves as an executive producer. Aside from these two acclaimed artists (Frank also wrote “Minority Report” and “Logan”), the Netflix original stars Emmy winner Jeff Daniels, Emmy winner Merritt Wever, Emmy nominee Michelle Dockery, and future winner of all the awards, Scoot McNairy. Throw in a classic Western story about a notorious criminal (Daniels) with a gang of outlaws who seek vengeance on a former member (Jack O’Connell) holed up in a mining town governed by women, and “Godless” has all the makings of a great genre entry with all the right modern touches.

Best Episode: Reviews are embargoed until November 15, so we can’t say which of the seven hour-long entries is the best…we can say, well, nothing really. They exist. They are as described above. You’ll know more midway through the month. Why Should I Watch It? Created, directed, and produced by Spike Lee, “She’s Gotta Have It” is a serialized adaptation of the Oscar winner’s first feature film (of the same name). Starring DeWanda Wise (“Underground,” “Shots Fired”) as Nola Darling (a role originated by Tracy Camilla Johns), the 10-episode series brings the story of a Brooklyn-based artist up-to-date. Nola’s voice was revolutionary in 1986. She wanted multiple sexual partners, and she didn’t feel the compulsory need to settle down and start a family. How Lee (and his wife and fellow producer Tonya Lewis Lee) bring her story to contemporary times should be fascinating given how much — and how little — has changed.

Best Episode: Reviews are embargoed until November 11, so, yet again, we can’t say anything about the first season. But stay tuned for much, much more on Spike Lee’s first scripted, serialized joint. Why Should I Watch It? Written by Sarah Polley and directed by Mary Herron, “Alias Grace” would be an exciting page-to-screen adaptation even if “The Handmaid’s Tale” didn’t already take 2017 by storm. Both original texts came from Margaret Atwood. Both have sterling casts — Sarah Gadon and Anna Paquin star in “Alias Grace” — and both feature women wearing bonnets. (See above.) But Netflix’s new drama doesn’t take place in a dystopia. This is based on factual events. Set in Upper Canada during the 1840s, the six-episode first season follows Grace Marks (Gadon) after she’s sentenced to life in prison for murdering her employer and his housekeeper.

Best Episode: Finally! A new series that’s not under embargo. “Alias Grace” premiered its first two episodes at the Toronto International Film Festival in September, and early reviews are strong. Without spoiling anything before the rapidly approaching premiere, we can say the series isn’t particularly episodic, so start at the beginning and enjoy the lengthy, rich tale in full. Why Should I Watch It? Maria Bamford is a treasure, and all the right people recognize it. The comedian and podcast star played herself in the first season of “Lady Dynamite,” earning strong reviews for honestly depicting a woman acclimating back into society after six months away to treat bipolar disorder. But this isn’t a not-so-subtle pat on the back for critics. The Netflix original — picking up with Bamford working at a streaming network run by Elon Musk — is filled with icons, and Season 2 sports quite a few exciting guest stars, including Judd Apatow (above), Andy Samberg, Judy Greer, David Spade, Fred Armisen, Jenny Slate, Jason Mantzoukas, and the return of these two adorable pugs! Get in on this. It’s clearly a good one.

Best Episode: Of the first three made available to critics, we’re partial to the show put on in the first half of Episode 3 and the Jill Soloway-led sequence in the latter half. Seriously: You never know who you’re going to see in “Lady Dynamite.”

Continue reading for the full list of titles and three more November picks.

Page 1 of 2
Continue Reading: 7 New Netflix Shows to Binge in November, and The Best Episodes of Each

This Article is related to: Television and tagged Godless, Marvel's The Punisher, Netflix