The Spanish auteur told IndieWire he is not thrilled with digital cinematography. 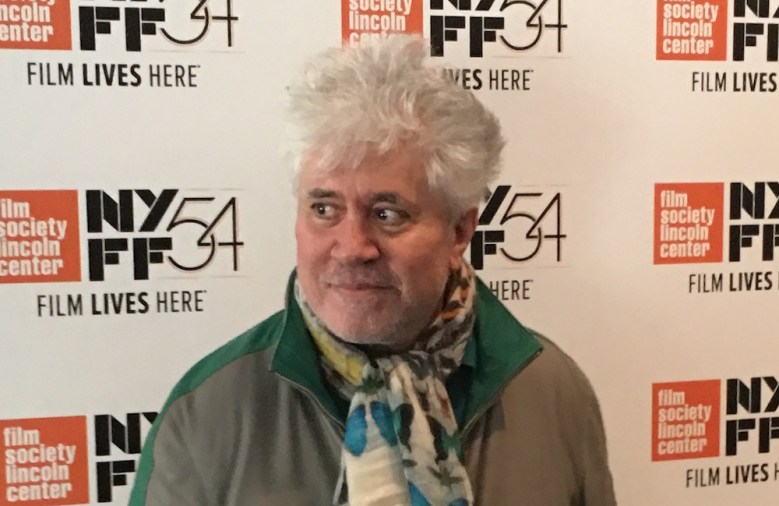 Pedro Almodóvar has been making movies for nearly 30 years, and for much of that time, he’s been seen as one of the world’s greatest living filmmakers. In the meantime, he’s also occasionally helped other directors realize their visions, most recently as a producer of Argentina’s Lucrecia Martel on her new period drama “Zama.” IndieWire recently spoke to Almodóvar about “Zama,” which is currently in contention for the foreign language Oscar, but the director also mused on the way the filmmaking process has evolved since he first got into the game.

“I feel as passionate as when I directed my first movie,” he wrote in an email. “To write and to direct a film are still the most important experiences in my life. Everything else has changed though, particularly the way films are shown nowadays, the very many different ways someone can actually see something.”

This isn’t the first time the filmmaker has addressed the subject of exhibition. At the recent 70th edition of the Cannes Film Festival, Almodóvar served as president of the Cannes jury, where his comments about the value of seeing a movie on the big screen led some to speculate that he wouldn’t consider the Netflix movies in competition. He later clarified that he would, but he remains fixated on the importance of the theatrical experience. “I am an ardent advocate of film screens, the bigger the better, so you can enjoy all the aspects of a film,” he said. “New technologies allow us to create images we couldn’t dream of only a few years ago, and that’s great, but any support indifferent to the film screen diminishes the production values to levels of scarcity, and that’s a contradiction. What’s the use of all the visual findings in ‘Blade Runner 2049’ if you watch it in a tiny screen?”

However, Almodóvar was even more troubled by another big shift in the industry, towards the use of digital cinematography over film. On his last feature, “Julieta,” he expressed dissatisfaction with the outcome (“There were colors on set…that I was never able to convey with digital,” he told the New Yorker when the film was released).

“In Spain, you cannot shoot analog anymore because there are no facilities left that work with negative footage,” Almodóvar said. “Digital film offers marvelous possibilities, but it affects some colors and plays down the depth of the image.”

He’s also concerned about the challenges of finding resources to make movies in today’s market. In discussing his support of filmmakers like Martel, he mused about the success of various directors throughout film history. “I wonder if the European Cinema of the ‘60s would be possible nowadays,” he said. “Godard, Bergman, Antonioni, Passolini, Herzog, Saura or the Brazilian Glauber Rocha. I am afraid that they’d have enormous difficulties to find producers and exhibitors, to reach the audience.” With respect to Martel, he added, “By supporting her, I am supporting arthouse films, I am helping the remaining avid cinephiles to survive such unfavorable times.”

This Article is related to: Film and tagged Cinematography, Pedro Almodóvar