Fans are buzzing about Anderson's dual role as director and cinematographer on "Phantom Thread," but the director has some thoughts to share. 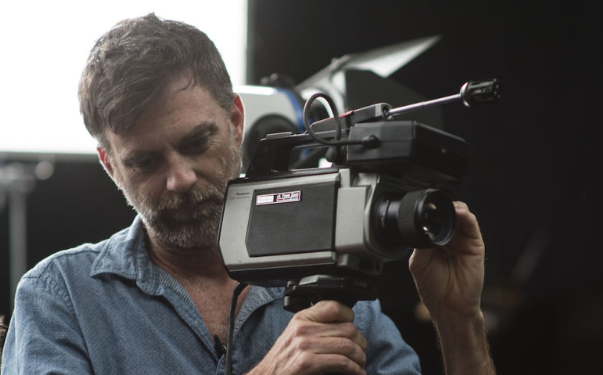 Any new Paul Thomas Anderson film is guaranteed to create excitement, but “Phantom Thread” has generated more buzz than usual for two reasons: The drama marks a reunion between Anderson and Daniel Day-Lewis ten years after “There Will Be Blood” and the movie finds the director serving as his own cinematographer on a feature film for the first time. The latter point has been a topic of discussion ever since the movie began production in February without a cinematographer credit on its creative roster. Sources told IndieWire at the time that Anderson had been toying with the idea of working as his own cinematographer for years, but that’s not exactly how the director sees it.

“That would be disingenuous and just plain wrong to say that I was the director of photography on the film,” Anderson recently told Entertainment Weekly. “The situation was that I work with a group of guys on the last few films and smaller side projects. Basically, in England, we were able to sort of work without an official director of photography. The people I would normally work with were unavailable, and it just became a situation where we collaborated — really in the best sense of the word — as a team. I know how to point the camera in a good direction, and I know a few things. But I’m not a director of photography.”

Robert Elswit has served as Anderson’s cinematographer on every feature film save for “The Master,” which was photographed by Mihai Mălaimare Jr. For his efforts on “There Will Be Blood,” Elswit won the Oscar for Best Cinematographer. Anderson was planning on working with Elswit for a seventh time on “Phantom Thread,” but the DP’s schedule couldn’t fit in the project in time. As a result, Anderson decided to shoot the movie himself with various other crew members aiding in the film’s cinematography.

“If you can give credit, Michael Bauman is the gaffer that I’ve worked with for many, many years on a lot of projects. I could veto Mike, I guess, but he held a lot of the keys,” Anderson explained. “There was a camera operator, Colin Anderson, I’ve worked with, and Erik Brown, who was the first assistant cameraman and Jeff Kunkel, who was a grip. It was a real package like that. It was a really easy way of working. You have to be very, very careful because there are way too many good cinematographers that I would not put myself in that class for a second.”

Anderson revealed that there will be no cinematography credit on the finished film, which explains why there was no credit when production began at the start of 2017. “Phantom Thread” is set during the 1950s and stars Day-Lewis as Reynolds Woodcock, a renowned dressmaker at the center of the British fashion scene whose controlled lifestyle unwinds when he falls for a strong-willed young woman named Alma.

This Article is related to: Film and tagged Paul Thomas Anderson, Phantom Credit