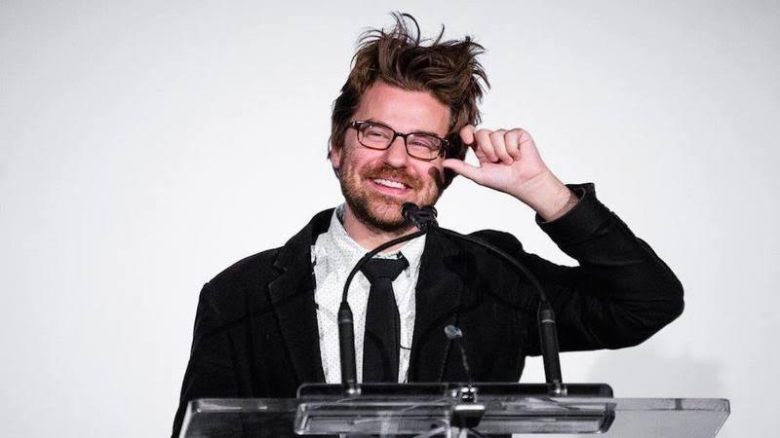 “Princess Cyd” is a delightful gem of a film, a delicate piece of naturalism centered around not one, but two, fully realized women characters. While it may technically be Stephen Cone’s eighth feature, the Chicago-based filmmaker has never seen a film play at Sundance, SXSW, TIFF, or any other major film festival. That’s about to change: With “Princess Cyd” receiving glowing reviews, earning Cone comparisons to the late Jonathan Demme, and an early career retrospective at New York’s Museum of the Moving Image (MoMI), Cone won’t be an outsider much longer.

“I’ve gotten used to the rejections,” Cone told IndieWire during a recent interview. “I’ve learned to be patient. But, I won’t lie, it’s been extremely unusual to fall through what feels like a very special crack in the floor.” Though the major American festivals have so far shut him out, Cone found a nice rhythm on the spring circuit, premiering “Princess Cyd” and 2015’s “Henry Gamble’s Birthday Party” at the Maryland Film festival before heading to Brooklyn’s BAMcinemaFest. “Eventually, people stop caring where you premiered and you’re just amidst the crowd of quality indies. But I’m used to a very frustrating November through March.”

A complete autodidact, Cone considers his early work his film school. “This initial phase of my career has been kind of a slow burn,” he said. “When you’re really ambitious and and you have all these influences and you have no training, you tend to get overwhelmed by all the possibilities and you don’t really have the skill to hone in and tell the story.” Cone is a bit sheepish about some of the more experimental films playing the MoMI retrospective. In addition to “Henry Gamble” and his feature “The Wise Kids,” MoMI will show “In Memoriam,” “This Afternoon,” and “Black Box.” “I feel like I’m just getting started, and I finally know how to tell a story, so it’s strange to have this retrospective of the work that’s essentially what I perceive of as my self film school.” Still, he recognizes his unique place in the film world, even if he didn’t take the fastest route to success. “I do have an appreciation for the messiness of the last decade of my work. I’m self-effacing about it on the surface, but deep down I have come to appreciate the process.”

Raised in the south by Southern Baptist churchgoing parents, Cone’s characters explore shades of queerness, spirituality, and morality in the same elegant breath. Rather than getting mired in issues, however, his films feel as light as their questions are heavy. Cyd’s bodily yearnings collide with her Aunt Miranda’s spiritual virtues, turning the human search for meaning and identity into one beautiful, messy continuum of sex, god, and everything in between.

Cone effortlessly weaves together themes that might seem contradictory. “In high school, I was leading Bible study group after school and watching Gregg Araki movies on the weekends,” he said. “I was engaged in and inspired by traditional christianity at the same time that I was coming into my own as a queer person.” He first gained attention with “The Wise Kids,” which he cites as his most directly autobiographical film. An ensemble drama film about a group of teenagers coming of age in the Bible Belt, it premiered at Outfest. “[It’s] still sort of stuck in marginal LGBT territory, because…it was sort of branded, so there was never a festival that brought it over into mainstream cultural circles,” said Cone.

Though he identifies as a queer filmmaker, he generally shirks labels. “I always joke that my movies are only 47 percent gay. They’re gay until they’re not, so I’ve always wanted to play to all kinds of audiences,” he said. “I have this dream to just consistently integrate queerness into these films, so it’s just part of the tapestry. I hope to continue to celebrate different kinds of sexuality, whether it be fluid or fixed.”

This Article is related to: Film and tagged Museum of the Moving Image, Princess Cyd, Stephen Cone