Reports are studios are tripping over themselves to make Tarantino's $100 million-budgeted ninth feature, but there are questions that should give them pause. 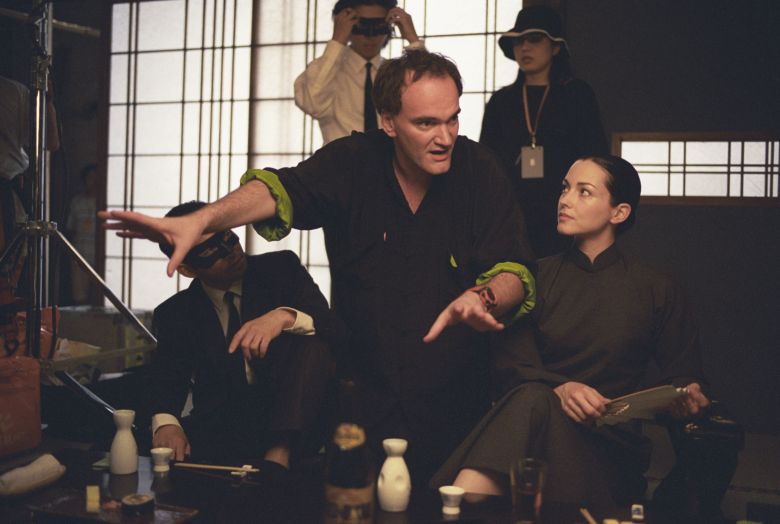 What studios are willing to bid to win the newest Tarantino movie is staggering: an upfront agreement to a $100 million production budget, first-dollar returns, and final cut. At a time when even $35 million for an original action film like “Baby Driver” is considered a gamble, this is unprecedented.

The reason is self evident: What Tarantino can do is otherwise missing from American filmmaking. He only directs his own scripts and has never made a sequel, but his films are global events. Tarantino remains one of the only directors whose original films can rake in two-to-one foreign-to-domestic box office returns.

Still, the studios’ dog-and-pony shows are odd. So many people associated with Harvey Weinstein were victims of his abuse, tainted by their association with the apparent serial rapist, or left in the wreckage at 99 Hudson Street. Meanwhile, Tarantino — a filmmaker whose career is inextricably linked with Weinstein and who admitted he knew Weinstein abused women, including his then-girlfriend Mira Sorvino — is making studios run through hoops like he’s a free-agent LeBron James.

With that, here’s six questions that are worth a few moments of consideration before a studio gets in bed with America’s last global auteur.

What happens if Tarantino comes back down to earth? For now, he seems to be the only person able to levitate above the smoke of revelations that make everyone else choke. We know the anger in his muse Uma Thurman’s eyes as she chokes back words; what happens when she finally has her say? Do the studios track Anthony Bourdain’s righteous-anger Twitter feed and his 6 million followers for the next time he calls Tarantino a soulless conspirator? Do the have an advance copy of Rose McGowan’s upcoming memoir, as her “Brave” narrative of abandoning Hollywood spawned from Tarantino and then-boyfriend Robert Rodriguez’s “Grindhouse” films?

In these unprecedented times, when whole movies are being shelved, Ridley Scott is removing Kevin Spacey frame by frame, and every word Ben Affleck says at the “Justice League” junket is analyzed like a U.N. address, it is not unreasonable to wonder if the flames of the now-burning “House that Tarantino Built” won’t eventually singe the director even as he makes his exit

One might think we all need to slam Tarantino’s complicity with Harvey Weinstein. https://t.co/vAQhosSneF

Are they willing to follow his muse? In many ways, Tarantino brought the best out in Weinstein. While returns for “The Hateful Eight” were underwhelming, per-theater box-office results for its 70mm “Road Show” were spectacular. It’s hard to imagine a studio being as bold as Weinstein to back a plan of finding, building, and installing 70mm projection equipment in 100 theaters. It will be interesting to see if, in their extensive pitches to Tarantino — owner of the all-celluloid New Beverly theater — one of the studios tried to capture some Weinstein’s road-show audacity.

Another key piece of math: Can that $100 million budget, with its Los Angeles-based shoot, get a piece of California’s Film and Tax credit? The lottery-based program could mean a 25% refund on a large portion of that budget, but only $115 million of the $330 million of the state’s rebate allocation is allocated for non-indie feature films. Are studios really agreeing to a budget that could swing approximately $15 million on the roll of the dice?

Does a studio worry about which actors Tarantino might cast? (Not on his best day could Tarantino’s style of shooting allow for the Spacey scalpel.)

What about Tarantino’s love for the n-word? Is the Trump era when finally it’s no longer acceptable for Tarantino to drop n-bombs in his script like he’s writing lyrics for the Wu-Tang Clan? Of course, studios also must consider that — to his great credit — he’s fully embraced the Black Lives Matter movement. And not in an easy hashtag way; he had a full-on confrontation with the NYPD, who threatened to boycott “The Hateful Eight.” It’s hard to imagine the studios’ corporate overlords backing Tarantino in much the same way Weinstein did. Tarantino on set of “The Hateful Eight”

Who will say ‘No’? The other numbers I imagine studios are thinking about are 187 and 165 – the running times of Tarantino’s last two movies. His late and gifted editor, Sally Menke, died soon after “Inglorious Bastards” and her absence is still keenly felt. Beyond her talent, many feel she was one of the only people who could help Tarantino realize that not every word he wrote needed to go untouched.

This Article is related to: Toolkit and tagged Quentin Tarantino