The actress who led the charge on the Harvey Weinstein scandal revealed new details of her tell-all memoir. 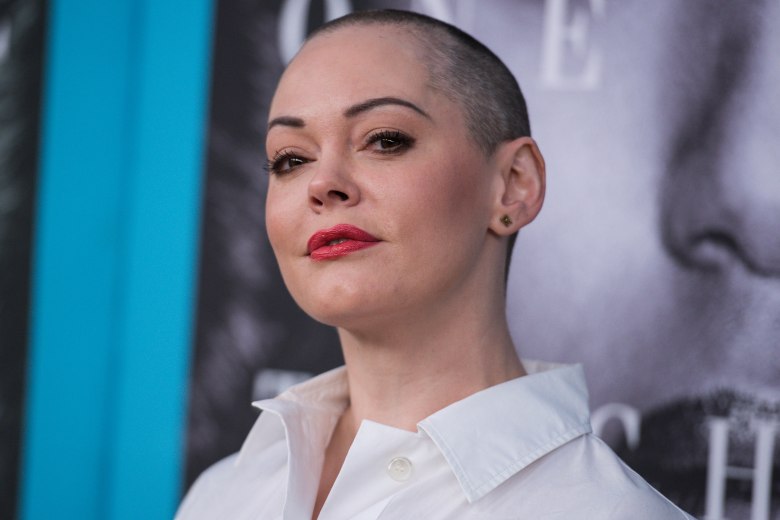 Rose McGowan has released cover art and new details of her forthcoming memoir, “BRAVE,” which promises “a no-holds-barred, pull-no-punches account” that will “expose the truth about the entertainment industry.” The director, activist, and former actress paved the way for the deluge of allegations of sexual assault against producer Harvey Weinstein by sharing her harrowing story. On October 12, McGowan alleged that Weinstein raped her in 1997 at the Sundance Film Festival via her personal Twitter account. Two weeks later, she kicked of the Women’s Convention in Detroit with a powerful opening speech promising to “clean house.”

On January 30, she will release “BRAVE.” According to HarperCollins, which will publish the memoir, “it is unscripted, courageous, victorious, angry, smart, fierce, unapologetic, controversial, and real as f*ck.”

The official book synopsis reads: “‘BRAVE’ is McGowan’s raw, honest, and poignant memoir/manifesto—a no-holds-barred, pull-no-punches account of the rise of a millennial icon, fearless activist, and unstoppable force for change who is determined to expose the truth about the entertainment industry, dismantle the concept of fame, shine a light on a multibillion-dollar business built on systemic misogyny, and empower people everywhere to wake up and be ‘BRAVE.'”

The cover art shows the back of McGowan’s head as it is being shaved by an electric razor. “My life, as you will read, has taken me from one cult to another, the biggest cult of all: Hollywood,” she writes. “‘BRAVE’ is the story of how I fought my way out of these cults and reclaimed my life. I want to help you do the same.”

See the cover image below. This Article is related to: Film and tagged Harvey Weinstein, Rose McGowan