The host of Hulu's "I Love You, America" has been friends with Louis C.K. for over 25 years, and she's angry and sad about what she calls an "essential" moment in time. 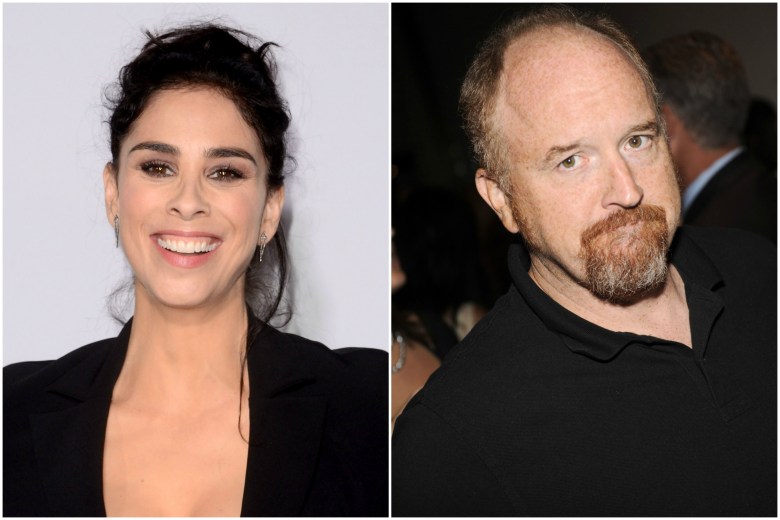 While Silverman described C.K. as “one of my best friends of over 25 years,” she also didn’t pull her punches in acknowledging that he “masturbated in front of women. He wielded his power with women in fucked-up ways, sometimes to the point where they left comedy entirely.”

Silverman appeared in multiple episodes of “Louie” during its FX run and, as stated above, has a close friendship with him. But in the context of “I Love You, America,” her choice to address the issue was grounded in a statement she made previously in the show’s run: “If it’s mentionable, it’s manageable.”

Thus, she chose to talk about the C.K. story directly. “I could couch this with heartwarming stories of our friendship, and what a great dad he is,” she said. “But that’s totally irrelevant, isn’t it? Yes, it is. It’s a real mindfuck, because I love Louis, but Louis did these things. Both of those statements are true, so I just keep asking myself — can you love someone who did bad things?”

She then made sure to mention that “the only people who matter are the victims, and they’re victims because of something he did. So I hope it’s okay if at once I am very angry for the women he wronged and the culture that enabled it and also sad because he’s my friend.”

Her final conclusion? “I believe with all my heart that this moment in time is essential, it’s vital that people are held accountable for their actions, no matter who they are.

Watch the clip below:

“I Love You, America” streams new episodes on Hulu every Thursday at 3 p.m. PST.

This Article is related to: Television and tagged Hulu, I Love You America, Sarah Silverman