From Harvey Weinstein to Kevin Spacey, and James Toback to Louis C.K., they should expect a long haul. 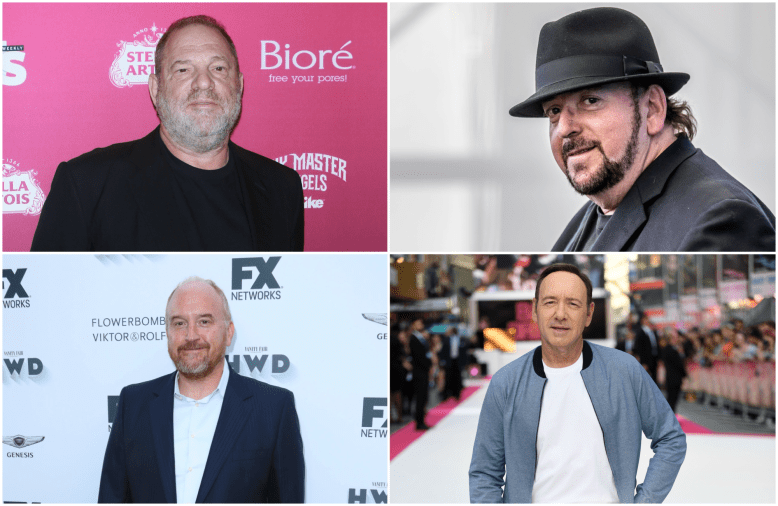 Kevin Spacey, Harvey Weinstein, Louis C.K.: As the cavalcade of Hollywood sexual harassers and assaulters grows, at some point we have to confront the inevitable — Are they scorched earth, or should these people be considered candidates for redemption?

Bryan Cranston poked his head above the fray to suggest they might. “We shouldn’t close it off and say, ‘To hell with [them], rot, and go away from us for the rest of your life,'” he said in a BBC interview. “Let’s leave it open for the few who can make it through that gauntlet of trouble and who have reclaimed their life and their dignity and their respect for others. Maybe it’s possible.” Once upon a time, their returns might have seemed self evident. However, we’re eons away from 1995, when Hugh Grant made a blushing “Tonight Show” mea-culpa after being caught receiving the attentions of a prostitute while in a parked car. Spacey lost a TV show and has been erased from his movie, Weinstein’s former company is going under, and C.K. is also newly sans movie and TV empire. Senator Al Franken faces calls to resign after a former radio news anchor said he forcibly kissed her on a 2006 U.S.O. tour, and published photo evidence suggesting that he groped her as she slept.

No one’s giving their behaviors a pass: With Spacey accused by 20 new victims this week and new stories of assault added to Weinstein almost daily, this is the territory of predators. And as their peers, the industry, and the public start to muse on their industry futures, we asked the question: How realistic is the complete rehabilitation of an alleged predator?

Of course, there’s a whole range of awful behaviors on display. However, Douglas Evans, co-founder and executive director at the Center for Healthy Sex, said that fundamentally he views all of them as sexual offenders.

“Once is not okay,” said Evans, whose clinic mostly treats addicts. “That act is not okay, doesn’t matter if it even just happens once, and it’s relatively minor.”

Dr. Omar Minwalla, a licensed psychologist and a clinical sexologist from The Institute for Sexual Health, also identifies sex addicts from sex offenders. Whereas sex addicts may act out by frequently patronizing strip clubs and prostitutes, or by consuming unhealthy amounts of pornography, “Non-consensual sex is always considered a sexual offending issue,” he said, as is any activity with a minor. Clinically, Minwalla said, a boss cannot have consensual sex with a subordinate.

Added Evans, “The behaviors that are making all the headlines right now, we consider them offending behaviors. If [victims] did technically give consent, it was because there’s a high-stakes, pressured, employment situation.” Dr. Drew Pinksy disagrees with the need to classify addicts versus offenders. “I don’t parse it into those two camps,” said the addiction-medicine specialist who also hosts the radio show “Dr. Drew Midday Live with Mike Catherwood” and four podcasts. Instead, when someone is struggling, he asks himself whether the person is treatable, treatment-resistant, or untreatable, which he can only determine once he begins working with them. Simply being treatable is not enough, he said; many people lack the motivation to commit to what’s a very time-consuming process. Others respond poorly, no matter what their intentions.

In addition, those who successfully complete treatment become “very different people,” Pinsky said. “They have a different set of priorities,” and may not want to return to their old careers.

“Sociopaths, psychopaths, and/or pedophiles… those are not treatable people, at all,” he said. “When Louie C.K. came out with his apology, I thought to myself, ‘Well, that’s somebody that’s workable,’ citing C.K.’s expression of shame and culpability, even if he didn’t use the words “I’m sorry.”

In cases where the patient also abused drugs and alcohol, Pinksy said he won’t let them apologize until they’ve been sober for a full year. “And when they do make an apology, we tell them, ‘Now make an amends,’ which means make things right for what you’ve done.” That can include going to prison.

Whether an alleged perpetrator has one victim, like Franken, or hundreds, like James Toback, the medical professionals IndieWire spoke to agree that the cases demand clinical consideration. “Touching someone while they’re sleeping already shows that [Franken] has a problem with sexual offending,” said Minwalla. “His story might be somewhat different and maybe not as extreme as the next guy, but he’d still be in the sex offender program.”

While it might be tempting to write off a one-time offense as an error in judgement, Evans said it’s not that simple: “How many times did Franken wish he could do it? Or think about doing it? Or almost do it and stop himself?” These are the questions psychologists ask when interviewing patients, determining diagnoses, and prescribing a plan of action. Kevin Spacey on “House of Cards”

By Minwalla’s measure, you don’t talk about a predator’s “recovery;” that’s a word associated with addiction and 12-step programs. Sex offenders need years of closely monitored, multi-pronged “treatment.” “A lot of sex addiction professionals don’t have that clarity, and actually treat sex offenders as sex addicts,” he said.

Treatment, according to Minwalla, is typically outpatient, lasting between two and five years. (Pinsky said one to two years, but noted that even the worst-behaved public figures are entitled to confidential care.) It is highly structured and involves a lot of behavior containment: Patients are given rules that may extend to how they search the Internet, and avoiding certain situations as well as interactions with potential victims. Patients will likely be asked to consent to regular polygraph tests and — if they’re newly off drugs and alcohol — urinalysis. Attending individual and group therapy is vital.

Minwalla said most sex offender patients are newly paroled, and treatment is court mandated. Skipping sessions or refusing to do homework can result in a patient’s reincarceration for non-compliance.

“The court-mandated part is almost essential,” he said. “It’s really hard to do good work if the patient has the freedom to not come or quit.”

While Minwalla estimated that his paroled patients were lower-income criminals 75 percent of the time, “It seems like there’s this whole echelon of perpetrators and sexual harassers and sex offenders that are more white-collar — Hollywood, you might say — and I don’t really see where the accountability or even the treatment mandates are coming… I never saw somebody like that come through the program.” James Toback at the premiere of his 2014 film, “The Gambler”

The professionals agreed that when candidates are determined, they can respond very well to treatment. “The idea that once you’re a predator or a sex offender, that there’s no remediation, I think is a myth,” Minwalla said. “You can actually really start to dig in and reach a person, and usually there’s a lot of underlying issues,” including personality disorders, past trauma, and misconceptions about masculinity. “I’ve seen a lot of guys get a lot better. There are times when they reoffend, but there’s many guys who don’t reoffend and have much, much healthier lives and relationships.”

Dr. Alexandra Katehakis, clinical director at the Center for Healthy Sex, relayed an extreme example of how former patients, no longer in denial, have rearranged their lives to combat their vulnerabilities: She’s treated multiple male, heterosexual medical professionals who decide only to see male clientele. “They just say, ‘I have to make a living, I want to do it in my chosen field, and so I’m only going to treat men.’”

Pinsky summed it up thusly: “It’s like saying, ‘Well, this guy was a heroin addict, but maybe he could be gainfully employed someday.’ Well, of course he can. But he has to really, really take treatment seriously for a long time.”