A week before receiving a director tribute from the Gotham Awards, Coppola sat down with IndieWire to discuss her busy creative life (and her new puppy). 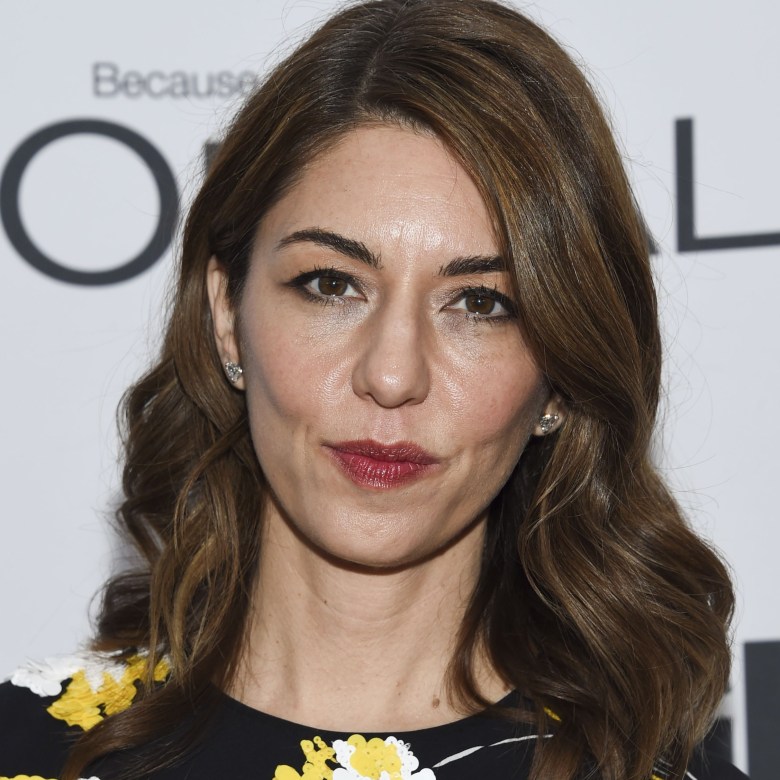 Sofia Coppola has had quite a year. In Cannes, she became the second woman in history to win best director at the Cannes Film Festival for her Civil War drama “The Beguiled,” which received largely positive reactions. The movie landed in theaters under less-exciting conditions: She faced backlash against her decision to remove the sole black character in Don Siegel’s 1971 adaptation. Coppola fired back with a statement in IndieWire explaining her decision. Love it or hate it, “The Beguiled” wound up being quite the conversation-starter in the midst of summer movie season.

Needless to say, while the movie’s reputation may have suffered, Coppola remains one of the most prominent American auteurs working today. On Monday, she receives a special directing award at IFP’s Gotham Awards ceremony in New York, and she’s been making the rounds on the campaign trail for “The Beguiled.” But she’s also keen on getting back to work. Last week, she sat down for coffee in the West Village, a few blocks from her home, to look back on a hectic year and put it in the context of her career to date.

At what point did you decide to make a statement about “The Beguiled”?

I was in London doing press, and every interview was really confrontational about me being racist. And I was like, “This is getting totally out of control.” I just don’t want my name ever associated with that. I felt like I had to set the record straight. Usually, I would just ignore what people were saying, but my 10 year-old-daughter heard us talking, and was like, “Are people going to think we’re racist?” I was like, “Oh my God, this has gotten out of control.”

And you were really surprised by the reaction?

I was aware, obviously, that this history is a loaded one, but I thought I could speak about this one group, and it was historically correct. So I didn’t like being called ignorant for something that was very thought out. OK, it’s set in the Civil War. Should we change into a different setting? But it was even different when we started making it, than it is now, with Trump talking about the history of the Civil War.

Not to mention the conversations about sexual harassment.

I know, but I think that’s interesting. Our movie’s about these women who are just fed up with that, and they turn on a guy. The election was going on when we were filming.

Do you think the backlash to “The Beguiled” will change the way you make movies now? You have to go with your heart, and what you feel right about. You can’t dictate what an artist does, really. You want to be responsible. My casting consultant always is looking to diversify. You don’t want to have an all-white cast… but in this case, it was historical. I can’t say if I’m going to do that in the future. This was such a particular situation. I felt like this tradition of film, with the token servant character, is not something that I want to continue.

Your entire filmography has been focused on women characters, but only recently have conversations about women-centric movies gained prominence in our culture. How do you feel about the state of that dialogue now?

I just try to do my thing. I’m aware that there needs to be more women in power, but it’s just great you’re seeing the stories about women. Before, it used be like, “Oh, no one’s going to see a movie about that.” So now, with movies like “Girls Trip” and “Wonder Woman” being successful, it’s just great for all women filmmakers.

You tried to make a live-action version of “The Little Mermaid” before stepping away. Would you ever consider working on that kind of big budget again?

I don’t have any plans to. To me, that becomes so much more about business, because when you’re spending that much money, it becomes more about making money, so it’s not as much creative freedom. “Little Mermaid” was the closest I got to doing something like that. I never wanted to be a director for hire. I thought I could do it my way, and then I realized that at that scale, you have to please too many people, so it’s hard to have a singular voice.

What’s the ideal budget range for you?

“The Beguiled” was made for under $10 million. People kind of cut back, and everyone worked really hard, because I was like, “I really want to make this movie.” I don’t know if $25 million movies are really around anymore. Remember when there used to be those $30 million romantic comedies? Now, I feel like everything’s either really low budget or done on a huge scale.

A lot of people think the middle class of filmmaking has gone to television. You haven’t shown any interest in that yet.

People ask me about it, and I like the idea that the time frame isn’t as constricted. You can tell a story that’s six hours long. That’s cool. But I haven’t dipped into it. Usually I like to be short and sweet. A continuing series isn’t totally my thing.

What was your experience like with Netflix, working on 2015’s “A Very Murray Christmas”?

That was really encouraging. I definitely am open to the idea of working with them again, because they just gave us money and left us alone. So it was kind of ideal. I do prefer theatrical releases, even though very few people go to the theater. Especially with “The Beguiled.” With an audience, people laugh and are freaked out together. I don’t know any movie that doesn’t benefit from a communal thing. But my friend Tamara Jenkins is doing a movie for Netflix. It’s so funny because we’re friends, and her scripts are always too long, and mine are always too short. Somehow we need to merge. Tamara and I were talking, more than five years ago, and we both said that it felt like our jobs were obsolete. It felt like independent film was gone, then I feel like Netflix and Amazon revived it a little.

“The Beguiled” brought you back to Focus for the first time since “Somewhere.”

Universal owned the rights to “The Beguiled,” so it was either talking them into making it, or not making it. I’m glad it was a whole new team there, and they seemed enthusiastic to try a new genre. I think it was the first film of a new regime there.

Your first movie with Focus was “Lost in Translation,” which turns 15 years old next year.

It feels like a really long time ago. I still have a fondness for it. It’s a soft spot for me. I still love Bill after all this time. He’s always been strange, but he shows up once in a while. It was really fun to do the Christmas show with him. He’s such a national treasure, so I would love to see him do more stuff.

Page 1 of 2
Continue Reading: Sofia Coppola: How She Survived ‘The Beguiled’ Backlash, Why She Won’t Do TV, and Why Her Dad is ‘Over’ Film

This Article is related to: Film and tagged Gotham Awards, Sofia Coppola, The Beguiled