Another exciting Sundance lineup is right around the corner, and as filmmakers wait for the final word, we've assembled this list of strong possibilities for the 2018 program. 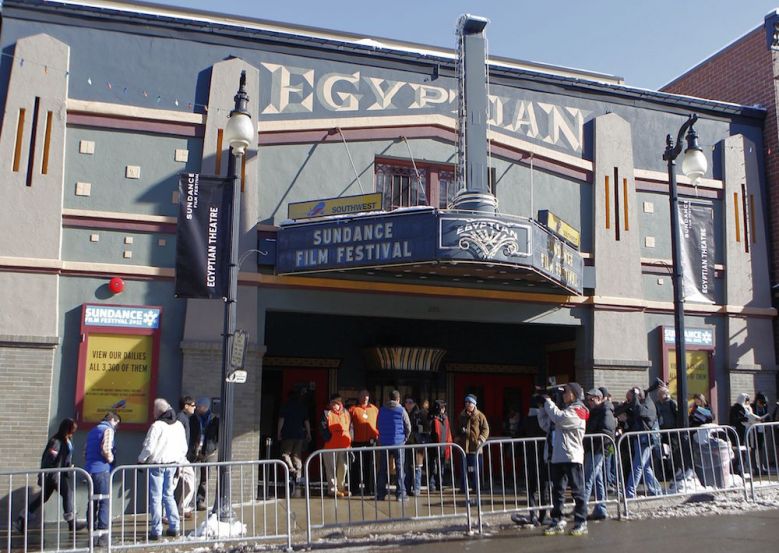 Why We Hope It Heads to Park City: Austin-based sibling directors the Zellner brothers have slowly made their way beyond their insular local community, where they’ve been making eccentric shorts and outré features for years. “Kid-Thing” was a cult hit in the Sundance NEXT category, while their surreal drama “Kumiko, the Treasure Hunter” wowed competition and found some modicum of commercial success (bolstering the Team Bunzo meme in the process). Now they’re back with another idiosyncratic project produced on a somewhat larger scale, teaming with a post-“Good Time” Robert Pattinson and Mia Wasikowska for the story of a businessman who travels to Utah to join his fiancé in the mountains. Pattinson has called the project “a slapstick comedy,” but the Zellners’ comedy is always a bit skewed, so expect something unpredictable. At Sundance, different is always welcome. —EK

“Diane”
Director: Kent Jones
Cast: Mary Kay Place, Jake Lacy
Why We Hope It Heads to Park City: For the past five years, Kent Jones has directed the New York Film Festival, drawing the attention of Lincoln Center patrons (and Academy Award voters) to the work he finds most worthy. After collaborating with Martin Scorsese on multiple documentaries and helming 2015’s “Hitchcock/Truffaut” to sterling reviews, Jones has completed his first narrative feature, which was reportedly inspired by his late mother and her siblings, who grew up in a wooded, Canadian border town around 1900. “Diane” is a mother-son drama starring Primetime Emmy-winner Mary Kay Place (“Private Benjamin,” “The Rainmaker”) and Jake Lacy (“Obvious Child,” “Intramural”). -JM

“Don’t Leave Home “
Director: Michael Tully
Why We Hope It Heads to Park City: The last feature made by actor-writer-director Michael Tully, “Ping Pong Summer” — boasting a 13-year-old protagonist named Radical Miracle, and noted ping pong enthusiast Susan Sarandon as his neighbor, Randi Jammer — premiered at Sundance in 2014. We hope he’ll return with “Don’t Leave Home,” the tale of an artist who does just that, crossing the Atlantic from America to Ireland, searching for a cloistered painter who might know the truth behind an urban legend. The film has been described as “a spooky psychological thrilled in the vein of David Lynch’s ‘Lost Highway’ or Nicholas Roeg’s ‘Don’t Look Now.'” -JM

“Don’t Worry, He Won’t Get Far On Foot”
Director: Gus Van Sant
Cast: Joaquin Phoenix, Jonah Hill, Rooney Mara
Why We Hope It Heads to Park City: Gus Van Sant’s 2015 misfire “Sea of Trees” obscured the fact, by and large, he’s one of America’s most exciting filmmakers — and capable of juggling both experimental narratives and traditional crowdpleasers alike. This one focuses on the late quadriplegic Portland cartoonist John Callahan, whose rough, provocative style engaged with grim topics and often led to local controversy. Adapting Callahan’s biography, Van Sant has assembled a terrific cast for what looks like an intriguing window into one man willing to push people’s buttons for his whole career. Director: Nick Park
Cast: Maisie Williams, Eddie Redmayne, Tom Hiddleston
Why We Hope It Heads to Park City: While it may seem like a strange pick, Aardman Animation Studios premiered “Shawn the Sheep” in the Sundance Kids section in 2015. Their latest, “Early Man,” already has a February 16 release date in the U.S., which means the film is ready to go and Sundance is an ideal place to premiere stateside. Set during prehistoric times, “Early Man” pits the Stone Age against the Bronze Age in what’s sure to be a charming and hilarious hero’s journey. It might even be one for the ages.—JD

“An Evening With Beverly Luff Linn”
Director: Jim Hosking
Cast: Aubrey Plaza, Jemaine Clement, Emile Hirsch, Maria Bamford
Why We Hope It Heads to Park City: It’s not Sundance without at least one sardonic comedy starring Aubrey Plaza, and “An Evening with Beverly Luff Lin” could very well be this year’s “Ingrid Goes West.” Or maybe audiences might be wise to brace themselves for something a bit darker; Jim Hosking was last at Sundance with “The Greasy Strangler,” a profoundly nauseating midnighter that’s still making people laugh and gag two years later. The story of an unhappily married woman named Lulu Danger (Plaza) who goes to watch an old flame perform something called “An Evening with Beverly Luff Linn; For One Magical Night Only,” Hosking’s sophomore effort sounds like it could be as gross and unmissable as his debut.  —DE

“Egg”
Director: Marianna Palka
Cast: Christina Hendricks, Alysia Reiner, David Alan Basche, Anna Camp
Why We Hope It Heads to Park City: The “Bitch” and “Good Dick” filmmaker is trying something new with a film she’s termed her most “cinematic” yet, a relationship dramedy about close friends (Hendricks and Reiner) dealing with very different fertility issues. Bolstered by a predominantly female cast and crew, the film promises to tackle a tough issue with Palka’s signature honesty and kindness, while Hendricks and Reiner are said to form an unexpectedly formidable duo. —KE

“Fast Color”
Director: Julia Hart
Cast: Gugu Mbatha-Raw, David Strathairn, Lorraine Toussaint, Christopher Denham, Saniyya Sidney
Why We Hope It Heads to Park City: Hart is not just one of our most exciting up-and-coming directors, she’s also a maestro when it comes to casting – look no further than the revelatory turns of her “Miss Stevens,” including Timothee Chalamet and Lily Rabe – and her secretive new thriller looks to be a similarly eye-popping fit for Mbatha-Raw. The British actress stars in the film as a woman with so-called special abilities who must return home after years away. Say no more. —KE

“The Field Guide to Evil”
Directors: Veronika Franz, Severin Fiala, Katrin Gebbe, Yannis Veslemes, Ashim Ahluwalia, Agnieszka Smoczynska, Can Evrenol, Peter Strickland and Calvin Reeder
Cast: Sarah Navratil, Claude Duhamel
Why We Hope It Heads to Park City: The horror anthology from the producers of “ABCs of Death” could be the first equity crowdfunded feature to premiere at Sundance. The reason to get excited is the collection of international directing talent attached from around the globe, including Peter Strickland (“The Duke of Burgundy”) and Calvin Reeder, who has been bringing his wacky short films and features to Sundance for years. –CO

“First Match”
Director: Olivia Newman
Cast: Elvire Emanuelle, Yahya Abdul-Mateen II, Colman Domingo, Jharrel Jerome
Why We Hope It Heads to Park City: Eight years after making her award-winning short of the same name, Newman has finally been able to turn her tale of a female high school wrestler into a full-length feature. The story follows young Monique as she prepares for her very first match, and is the first feature film to spotlight the little known community of urban, coed high school wrestling. —KE

“Foreign Land”
Director: Shlomi Eldar
Why We Hope It Heads to Park City: Journalist and filmmaker Eldar’s second feature is already earning accolades at other late fall festivals, where it’s been hailed as a thought-provoking look inside Israeli extremism, as told by both Eldar and TV star Ghassan Abbas. As the pair consider the toll the current climate has taken on their professional lives, their personal ones start to suffer as well, pushing them towards once-unfathomable choices. —KE

“The Game Changers”
Director: Louie Psihoyos
Why We Hope It Heads to Park City: Greek-American documentarian Louie Psihoyos has found much success at Sundance in the past. His 2009 documentary “The Cove” won the U.S. Audience Award for Best Documentary at Sundance before going on to win the Oscar a year later. The director’s latest puts a spotlight on elite athletes, special ops soldiers, visionary scientists, and others who are trying to change the way we eat and live forever. —ZS

Page 2 of 6
Continue Reading: Sundance Wish List: 70 Films We Hope Will Head to Park City in 2018