The festival hit falls the unexpected bond between a Syrian refugee and a traveling salesman, making it perhaps the year's most unexpected buddy comedy. 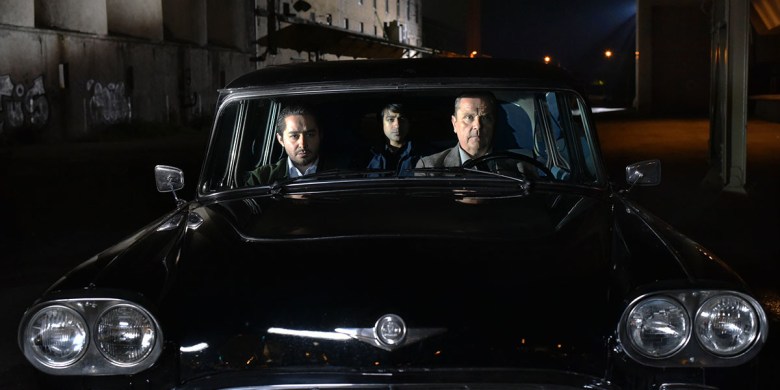 Lauded Finnish filmmaker Aki Kaurismäki has developed something of a knack for taking timely, seemingly wrenching stories of human drama and turning them into timely, weirdly hilarious stories of human drama. His latest, the Berlinale premiere “The Other Side of Hope” — which earned him the Silver Bear for best director at this year’s festival — continues that same unique concept while also shining a bright light on the Syrian refugee crisis.

The film follows the unexpected friendship between asylum seeker Khaled (Sherwan Haji) and beleaguered traveling salesman Wikström (Sakari Kuosmanen) as the pair come to find each other in Helsinki, two defeated men from very different places who are each struggling to fit into a new world.

Per the film’s official synopsis, “with hilarious sight gags, poker-faced one liners [the film]…weaves together Kaurismäki’s unparalleled wit and a stinging critique of the unforgiving bureaucracy that greets vulnerable asylum seekers in modern-day Europe. Humane and sincere, it’s proof of cinema’s power to tell stories that matter, with beauty and heart.” In short, it’s pure Kaurismäki.

In IndieWire’s review from Berlin, our David Ehrlich wrote, “Like Roger Federer’s forehand or Jiro Ono’s sushi, Aki Kaurismäki’s deadpan is one of those beautiful things that’s been refined beyond all reason over years of intense practice, eventually approaching a perfection that makes it easy to predict but impossible to deny.”

He added, “Winsome, sweet, and often very funny, ‘The Other Side of Hope’ is more of the same from Kaurismäki, and thank God for that. The second chapter of his unofficial trilogy about port cities, this delightful story about the power of kindness unfolds like a slightly more somber extension of 2011’s ‘Le Havre,’ following new characters down familiar roads. Once again, Kaurismäki begins with a refugee, telling another two-sided seriocomic adventure that twines together an aging local with a much younger refugee.”

“The Other Side of Hope” opens in New York and Los Angeles on December 1 from Janus Films, with a national release to follow. Check out our exclusive trailer below.

This Article is related to: Film and tagged Aki Kaurismaki, The Other Side Of Hope, Trailer, Video