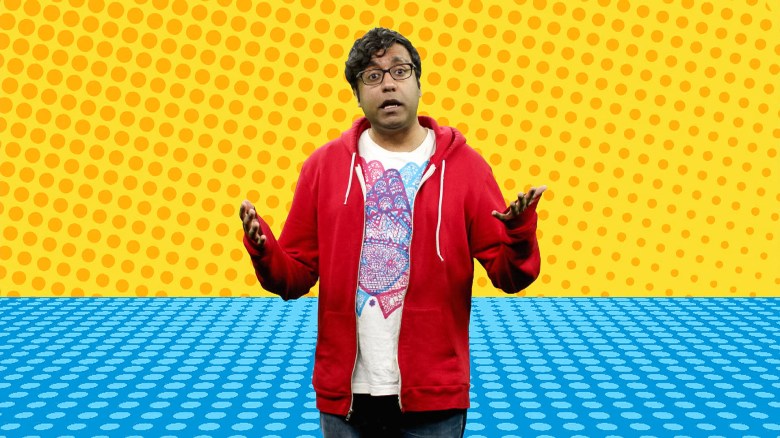 Through a few decades and 600 episodes of “The Simpsons,” the convenience store owner Apu Nahasapeemapetilon has transformed an unfortunate stereotype into the basis for South Asian representation on television. In his new documentary, comedian Hari Kondabolu explores the blatantly racist portrayal that has been so generally accepted for the past 30 years.

In a clip from the upcoming truTV documentary, “The Problem With Apu,” Kondabolu and actor Utkarsh Ambudkar discuss the impact Apu had on them growing up. The consequences derived from Apu are devastating, specifically because there were no positive images of South Asians at the time of his debut to combat his flaws.

Joining Ambudkar in the documentary are Hasan Minhaj, Sakina Jaffrey, and Kal Penn who all share details about how Apu has personally affected them. “There was no Aziz, no Mindy, no Kal,” Ambudkar says about the lack of influential South Asian representation.

It’s fiercely irresponsible to administer a negative racial image in today’s political climate, which is why the continuation of the character is so shocking. Because many people respect “The Simpsons” for its profound influence on comedy as a whole. As a result, unfair representation has forced South Asian actors into adhering to stereotypical roles to secure work, among many other negative consequences.

It remains unclear if Hank Azaria, the white man who voices Apu, will discuss his thoughts on the manner in the documentary. However, there are many clips that feature Azaria performing the voice in public settings.

Check out the exclusive clip below and make sure to weigh in on the conversation by catching “The Problem With Apu” on truTV Sunday, Nov. 19 at 10 p.m. ET/PT.

This Article is related to: Television and tagged Hari Kondabolu, The Problem With Apu, truTV