Without Jeffrey Tambor, there are different ways to make "Transparent" Season 5 work. But one in particular stands out. 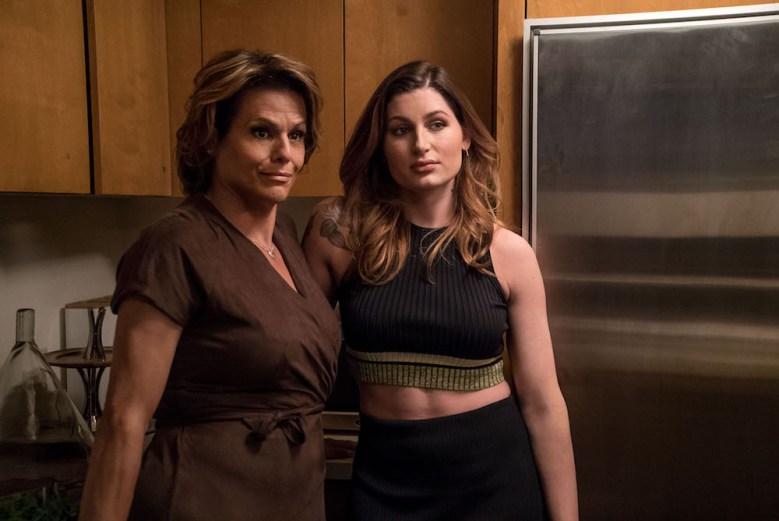 Jeffrey Tambor has quit “Transparent” in advance of Season 5, and it’s unclear what the show — which was renewed for a fifth season in August, before the fourth season even aired — might look like without its trans parent.

Jill Soloway’s Emmy-winning Amazon series was inspired by her own parent’s transition and has been largely constructed around Tambor’s Pfefferman family matriarch, Maura. The show needs Maura, even if it does not need Tambor, so the most obvious solution might also be the best one: Recast the role. More specifically, recast the role with a trans actress.

Though imagining a new figure stepping into the show’s close-knit family dynamic may sound jarring, there’s plenty of precedent: Just look to “The Fresh Prince of Bel-Air,” “Roseanne,” “That ’70s Show” or even “Pretty Little Liars.” Granted, those series are comedies or soapy dramas, which makes it easier for them to make light of obvious off-air alterations, and none of these programs recast their lead — nor did they boast a lead like Tambor, who won two Emmys in the role.

But these are unprecedented times demanding unprecedented actions. Of the options available for Soloway moving forward, recasting seems like the best creative decision — and that’s without considering what casting a trans actress in such an acclaimed series would mean for the show’s now-damaged reputation (and television overall).

It’s possible that Soloway had already been mulling such a possibility, even prior to Tambor’s statement over the weekend that “given the politicized atmosphere that seems to have afflicted our set, I don’t see how I can return to ‘Transparent.'” There had already been rumors that he might be written off the show during the new season — and his contract had not yet been picked up by Amazon.

Now that he’s officially not returning, here are just a few of the narrative pitfalls facing alternative ways to handle Tambor’s departure: To end the show now would be a mistake. Season 4 left the Pfeffermans in a state of flux: Separated by thousands of miles and moving in different directions, the family is far from the cohesive whole most groups strive for, and there’s little satisfaction to be found in thinking divergence is the lasting lesson of “Transparent.”

Moreover, there are too many cliffhangers left to address. Ali (Gaby Hoffman) is all on her own in Israel, coping with the sudden disappearance of her new friends and a growing engagement with the Israeli-Palestinian conflict overall. Despite breaking off their throuple, Len (Rob Huebel) may have gotten Lila (Alia Shawkat) pregnant while they had one final three-way with Sarah (Amy Landecker). Josh (Jay Duplass) is still coming to grips with his past abuse, and Shelly (Judith Light) recently unveiled her own secret trauma.

The family has too much going on to treat the latest finale as a series ender, which means they need to move forward. (And likely, they have to: Amazon has not officially commented on Tambor’s departure, but the studio has given no indication of canceling the Season 5 renewal.)

Page 1 of 2
Continue Reading: The Future of ‘Transparent’ is Trans: Why Recasting Jeffrey Tambor’s Role with a Trans Actress is the Best Option