If you didn't quite understand what happened at the end of Season 10, Gillian Anderson and David Duchovny are here to explain it to you. 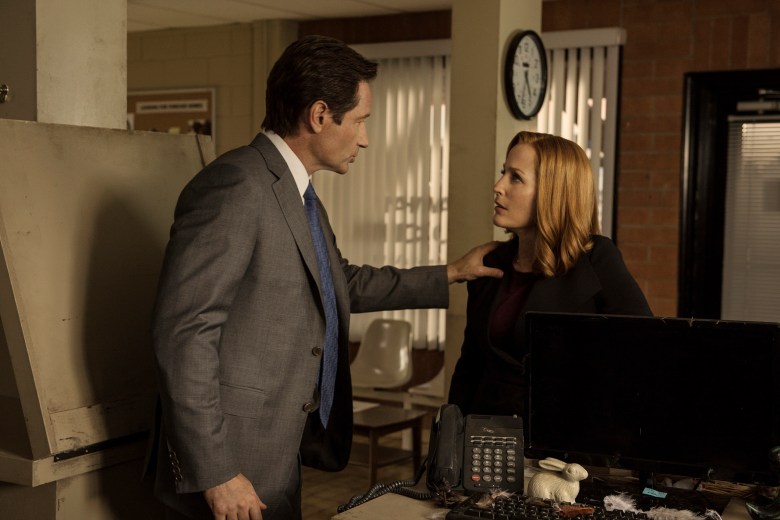 “The X-Files” is just five weeks away from the premiere of its eleventh season, so don’t be surprised to see more and more footage of what we might look forward to when the iconic sci-fi drama about FBI agents investigating the paranormal returns.

In the video below, stars Gillian Anderson and David Duchovny explain just what happened at the end of Season 10 — a cliffhanger ending that creator Chris Carter wrote without a guarantee of there being a Season 11 — before we get a quick look at footage from the season to come, including some truly creepy shots that invoke memories of the original series’ classic monster-of-the-week installments.

Beyond more glimpses of Anderson going full action hero, you very briefly see proof that the Lone Gunmen are back (in some form, at least), that the Cigarette-Smoking Man (William B. Davis) is up to no good, and that Mulder and Scully aren’t sleeping alone.

This Article is related to: Television and tagged David Duchovny, Gillian Anderson, The X-Files