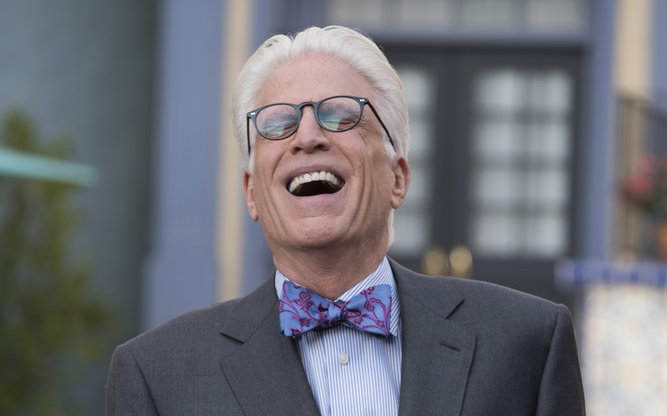 As best of the year lists roll out across the internet, TV critics and fans are reflecting on everything they loved about the year in television. From their favorite shows to their favorite performances and even the most shocking moments, nearly every aspect of the small screen is admired — typically, in list form.

But while plenty of lists double up across various websites through a multitude of voices, one list is built collectively and shared immediately: the best TV lines of 2017.

Spearheaded each year by Variety TV Critic Mo Ryan, the annual tradition of honoring the best quotes of the year began early Monday afternoon with the hashtag #BestTVLines2017 and Ryan’s first selection:

“Tell Cersei. I want her to know it was me.” @GameofThrones #BestTVLines2017

Join the annual tradition! Tweet your #BestTVLines2017! @sepinwall, your turn.

The quote — “Tell Cersei. I want her to know it was me.” — comes from the third episode of “Game of Thrones” Season 7, when Lady Olenna Tyrell tells Jaime Lannister she killed his son, Joffrey. It’s a mic drop moment and, when reintroduced on Twitter, one that set off a flurry of equally memorable quotes.

“Game of Thrones,” “The Good Place,” “The Leftovers,” “Twin Peaks,” “Stranger Things,” and “Big Little Lies” all proved to be popular picks, but plenty of lesser known shows were highlighted as well.

Below, IndieWire has gathered some of the best quotes (with an eye toward our readers’ favorite programs), but everyone is encouraged to take to Twitter and sound off with their own favorites. Use the hashtag #BestTVLines2017, a photo or gif if you prefer, and keep an eye out for catchy lines from shows you may have missed: Who knows how you’ll find your next favorite program?

“It’s a rare occurrence, like a double rainbow, or someone on the internet saying, ‘You know what? You’ve convinced me I was wrong.'” – Michael#TheGoodPlace #BestTVLines2017

“I may be a pretty shitty boyfriend, but it turns out I’m actually a pretty damn good babysitter.” – Steve Harrington, @Stranger_Things #BestTVLines2017

Oh boy, it’s begun! The first of many #BestTVLines2017: pic.twitter.com/pkjwqGC7u4

“Wait a minute. This isn’t the championship cummerbund. This is some common cummerbund. And you’re not Cheddar. You’re just some common bitch.”#BrooklynNineNine #BestTVLines2017 pic.twitter.com/LdARkFnvkd

“I am fresh out of fucks to give. Do you have any?” #DearWhitePeople #BestTVLines2017 pic.twitter.com/INjThloV8K

“My first Denver omelet! Well, when in Rome!” #Baskets#BestTVLines2017

“And I love children! It’s not weird that their teeth get pushed out of their heads by other teeth…” #BestTVLines2017 pic.twitter.com/rVB9b4YXRD

“Jason figured it out? Jason? This is a real low point. Yeah, this one hurts.” #BestTVLines2017

“My brother, Nate, and me were raised by wolves. I became one, but my brother did not.” #BestTVLines2017 #KingdomTV @jonathanmtucker @bbalasco

“they never should have given us uniforms if they didn’t want us to be an army.” #besttvlines2017 @moryan @HandmaidsOnHulu

This Article is related to: Television and tagged Game of Thrones, The Good Place, The Leftovers, Year in Review 2017