All things in the spirit of exploration as the show preps for a return on December 29. 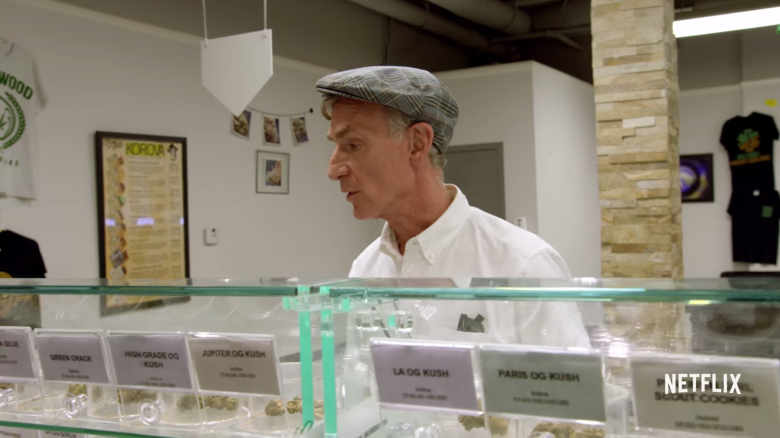 Netflix’s in-house science explainer is getting into some fresh territory. “Bill Nye Saves the World” released the trailer for its upcoming Season 2, revealing a bevy of guest stars, some unexpected new episode themes, and one groan-worthy joke about a popular CBS sitcom.

The series, which premiered in early 2017, follows in the spiritual footsteps of Nye’s long-running PBS show, tackling some bigger issues about the world around us. Among the topics this year that might surprise viewers expecting more of the same: cybersecurity, STIs, and yes, medicinal marijuana.

On hand to help Nye along his path to scientific enlightenment is a curious mix of Season 2 helpers, including fellow Netflix alum Ali Wong, Zach Braff, Drew Carey, “Lost” co-creator Carlton Cuse, astronaut Scott Kelly, and synchronized printing experts OK GO. Each episode will also find Nye interviewing a number of real-life scientists who appear to be doing everything from curing diseases to solving the mysteries of time travel.

Netflix is splitting up Season 2 into two separate six-episode releases. The first (including episodes with titles like “Sex, Drugs, and Superbugs” and “Extinction: Why All Our Friends Are Dying”) will arrive just in time for New Year’s Eve, while the second should come sometime in 2018.

Watch the full trailer (including an audience-pestering dinosaur) below:

“Bill Nye Saves the World” Season 2 premieres on Netflix on Dec. 29 (which is the same day that “Black Mirror” Season 4 drops, so get ready for a roller-coaster of a weekend).

This Article is related to: Television and tagged Bill Nye, Bill Nye Saves the World, Netflix