No spoilers, but the Netflix drama continues to surprise us. 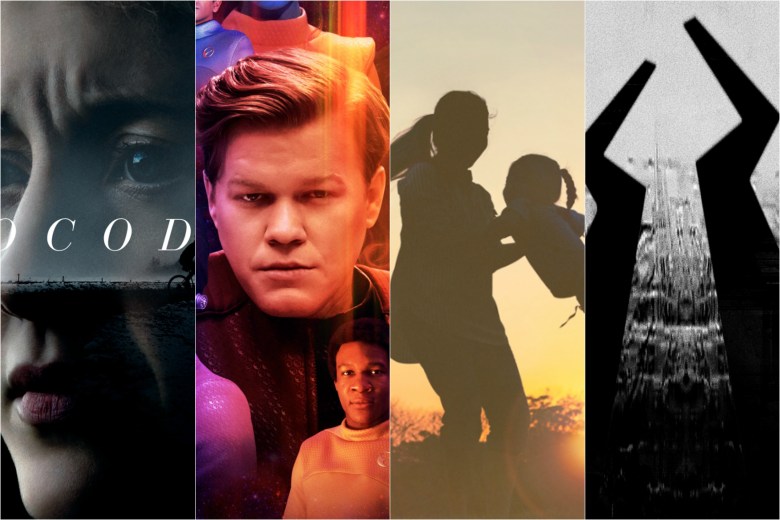 Get ready for another season of twists, terror, laughs, and love, as “Black Mirror” Season 4 is upon us, once again drawing upon our worst fears and best hopes for the future.

For a show where literally anything can happen with each new episode, there’s something ironic about the fact that we’ve come to have certain expectations as to what an episode of “Black Mirror” might be. Season 4 doesn’t technically subvert those expectations — there are at least two episodes, “Arkangel” and “Crocodile,” which are very much identifiable as classic “Black Mirror” tales. But fortunately, creator Charlie Brooker has taken some big swings with other installments, and the result is proof that “Black Mirror,” as a series, has plenty of mileage left in it.

This is never a show that’s easy to talk about in a spoiler-free context, but it feels safe to say that there’s more optimism in Season 4 than you might expect. Never fear, loyal fans — there are some truly twisted moments, especially in “Black Museum,” which encompasses three mini-narratives that might be the most disturbing of the season, and the black and white “Metalhead,” directed by “Hard Candy” and “American Gods” helmer David Slade, is a miniature horror film.

But there are also some moments of beauty and joy that evoke memories of Season 3’s “San Junipero,” which was perhaps the first-ever “Black Mirror” happy ending, though a very well-earned one. That’s a “Black Mirror” staple in fact: Happiness needs to be earned.

The installment where this is most true is most definitely “USS Callister,” a 70-minute episode that, as we’ve seen in trailers and promo photos, invokes 1960s “Star Trek” for a space adventure featuring Jesse Plemons, Cristin Milioti, and Jimmi Simpson. It’s impossible to say more without entering spoiler territory, except that director Toby Haynes did a flawless job bringing the concept to life, and it is the most twisty, fucked-up, and yet ultimately beautiful episode of the season.

Another standout episode is “Hang the DJ,” which perhaps is most interesting for the fact that it does include a standard-issue “Black Mirror” twist, but the way it’s executed it is extremely unpredictable. Which matters a lot, because in Season 4 of any show, predictability is a real danger. Fortunately, for the most part, “Black Mirror” avoids that fate.

One thing we don’t talk about enough when it comes to anthology series is the fact that because we’re aware from the jump that these are one-off stories, there’s no safety guaranteed. Sure, you watch “Game of Thrones” knowing that your favorite could find themselves betrayed and murdered (at least, that used to be the case) but with most series television, there’s an understanding that anyone in the opening credits will survive to the end.

This is probably the aspect of the series which most defines it as horror, despite it not fitting easily into that genre — in fact, “Black Mirror” and genres have a complicated relationship in general. For the most part, the series is best classified as science fiction, but the fact that so many of its stories work hard to ground the narratives, in reality, makes it at times hard to think of the show in those terms. This is especially true when you consider the rich variety of tone we experience from episode to episode: In Season 4, there is stark terror in “Metalhead,” charming romance in “Hang the DJ,” and grounded domestic drama in “Arkangel.” All of these narratives rely on some fanciful tech to be made possible, but they’re so very different.

While there’s such an interesting range of tone and style and approach here, “Black Mirror” still has the remarkable capability to be recognizable as itself, no matter what form it might take. And what that comes down to, ultimately, is not execution, but theme.

The biggest mistake you can make while watching “Black Mirror” is thinking of it as a show about technology, and how it can affect our lives. Technology is, of course, important, but really, what Brooker is examining goes far beyond that. What he’s tapped into is a far more primal, basic issue — our awareness of death’s inevitability, and the question of what we might leave behind.

While some shows choose to confront mortality head-on, Brooker looks to technology not as a solution to that existential crisis, but as a salve. The dominating theme of “Black Mirror,” when you really think about it, is the concept of memory, the impact we leave upon the world during our time here.

It’s been a thread running through the show since the very beginning: How will we be remembered by others? What does anyone know about another person, really? What will we leave behind? Whether or not you believe in a higher power, there’s no denying that your relationships with people will be a major part of what defines you for the living once you’re gone.

Thinking about these things has always been scary, even in less scary times. But “Black Mirror” never flinches from the idea, and in Season 4, even finds a few opportunities to put a positive spin on it. The result is a show that encompasses so much emotion, so much fear and hate and sadness and joy.

This Article is related to: Television and tagged Black Mirror, Charlie Brooker, Netflix