Singer was fired this week as director of "Bohemian Rhapsody," but questionable behavior — on set and off — stretches back two decades. 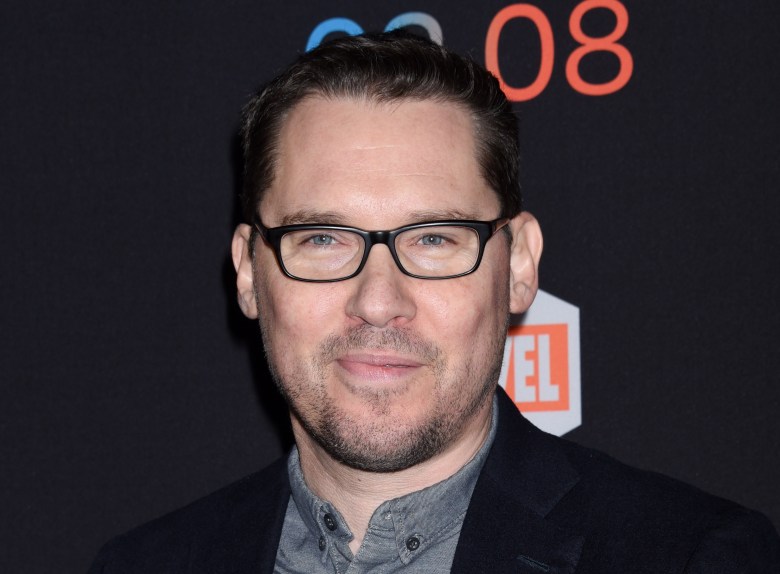 Bryan Singer at the January 2017 premiere of FX’s “Legion”

As the Weinstein scandal continued to gain velocity, Wood wrote: “Let’s not forget Brian [sic] Singer either.” The Daily Beast noted that the tweet has now been deleted.

20th Century Fox did not renew its overall deal with Singer’s longtime production company, Bad Hat Harry. Singer had been based there since 2003, after the successful release of “X2.”

Smith detailed his own allegations against Singer in a series of a dozen now-deleted tweets. In 2000, Smith said on Twitter, his boyfriend introduced him to Singer, who “constantly hit on me, always asking me to show him my dick or ass,” and also offered him drugs, as well as a role in “X2.” Smith wrote that Singer typically traveled in a “posse” composed of a few men over 50 “who were obviously on drugs,” and as many as 10 teenagers.

One night, Smith wrote, Singer “quickly & very aggressively shoved his hand down my jeans & underwear and tried to shove his finger inside me. He had his other hand clamped on my shoulder so I couldn’t immediately move away. He penetrated me for a split second before I shoved him away.” Shortly after Smith’s posts, Singer deleted his Twitter account.

The two-time Oscar nominee stars in the upcoming “X-Men: The Dark Phoenix,” which is executive produced by Singer. She tweeted:

Let us not forget https://t.co/0TNDxl8h1Q

When asked about the tweet, Chastain told The Daily Beast, “I do not feel beholden to anything. I’m going to speak my mind about any injustice that I see,” explaining that she joined the film for the opportunity to be directed by one of her producers on “The Martian,” Simon Kinberg.

November 6, 2017
Students at USC petition to remove Singer’s name from its School of Cinematic Arts

Singer donated $5 million to his alma mater in 2013, and in return his name was put on the Division of Cinema & Media Studies. Thus far, more than 4,300 people have signed an online petition to have Singer’s name expunged. The School of Cinematic Arts rejected another $5 million pledge from Harvey Weinstein in October, shortly after he was fired from The Weinstein Company amid sexual harassment and assault allegations.

The star of “E.R.” and “Top Gun” revealed in a Medium essay that he was molested for years by Goddard, who began mentoring Edwards when he was 12 years old. On November 28, Goddard took a leave of absence from his entertainment design firm, The Goddard Group. The studio blamed “the unexpected availability of Bryan Singer” for stopping production. Singer’s representative told the BBC that Singer was forced to tend to “a personal health matter concerning Bryan and his family.” Cinematographer Thomas Newton Sigel reportedly took his place temporarily.

“Bryan Singer is no longer the director of ‘Bohemian Rhapsody,” said 20th Century Fox in a statement. The studio’s chairman and CEO, Stacey Snider, and vice chairman and president of production, Emma Watts, reportedly made Singer promise before he flew to London to behave professionally. According to The Hollywood Reporter, a Directors Guild of America representative had been on set, tracking Singer’s activities.

Bad Hat Harry began vacating the Fox lot. Singer’s former publicist, Simon Halls, told IndieWire that Singer was no longer a client as of “a few months ago.”

December 5, 2017
Singer released a statement on his “Bohemian Rhapsody” firing

“With fewer than three weeks to shoot remaining, I asked Fox for some time off so I could return to the U.S. to deal with pressing health matters concerning one of my parents,” said Singer. “This was a very taxing experience, which ultimately took a serious toll on my own health.  Unfortunately, the studio was unwilling to accommodate me and terminated my services.”

Jeff Herman, who also represented Egan and “John Doe No. 117,” filed a case on behalf of Cesar Sanchez-Guzman. In his complaint, Sanchez-Guzman contends that the director forced him to perform oral sex, causing him to choke, and then anally penetrated him while they were sailing on a yacht near Seattle. Sachez-Guzman was 17 years old at the time of the alleged incident.

Singer denied the charges. His lawyer, Andrew Brettler of Lavely & Singer, told TMZ: “Bryan categorically denies these allegations and will vehemently defend this lawsuit to the very end … When Sanchez-Guzman filed for bankruptcy only a few years ago, he failed to disclose this alleged claim when he was supposed to identify all of his assets, but conveniently, now that the bankruptcy court discharged all of his debts, he is able to recall the alleged events.”

Brettler added, “The attorney behind this lawsuit is the same lawyer who represented Michael Egan, the convicted felon who sued Bryan Singer in 2014. In the end, Egan was forced to dismiss that case once the facts came out and his story completely fell apart.”

The school released the following statement: “Bryan Singer has requested that the USC School of Cinematic Arts suspend the use of his name on the Division of Cinema & Media Studies until the allegations against him are resolved. The School means a great deal to Bryan, and while he intends to defend himself vigorously against these claims, he does not want the pending litigation to have any negative impact on his alma mater.”

Sign Up: Stay on top of the latest breaking film and TV news! Sign up for our Email Newsletters here