Much has been made of the famous "peach scene" in "Call Me by Your Name," but what about the gay sex scene we don't see? 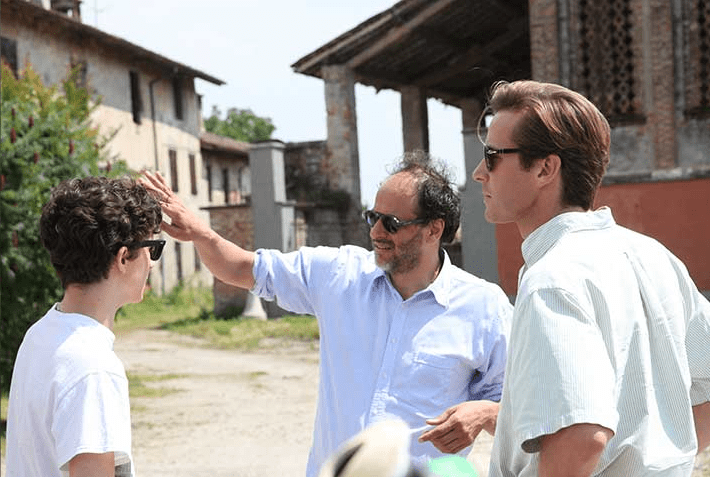 As “Call Me by Your Name” enters the awards race with plenty of heat, it is another boon for LGBT-themed movies. Unlike “Moonlight” director Barry Jenkins, Luca Guadagnino is an out gay man, but that didn’t change the way he approached Oliver and Elio’s sex scene.

In the year that “Moonlight” won the Academy Award for Best Picture, movies with gay characters have never been more accepted. Gay sex in those movies, however, is still a bit of a third rail. When making our list of the Best Sex Scenes of the 21st Century, a tender hand job on the beach had to suffice in order to include “Moonlight.” In “Call Me by Your Name,” Guadagnino’s lush love letter to young romance, the sex scenes between Elio (Timothée Chalamet) and his girlfriend, Marzia (Esther Garrel) are more explicit than those with Oliver (Armie Hammer), the handsome older American.

Italian summer days shine brilliantly across the screen in “Call Me by Your Name,” charting its central budding romance with a kind of buoyant grace and dignity. Guadagnino films Oliver and Elio in gorgeous light, making a meal out of each actors’ unique physicality. At first, each seems cheekily cautious of the other, testing the waters with intellectual quips and hurried touches. As they slowly but surely move toward intimacy, the time finally comes to consummate their love. Panning away from the darkened bedroom of Elio’s family villa, Guadagnino’s lens settles on rustling trees, leaving the young lovers’ first intimate embraces to the imagination.

Guadagnino was prepared for backlash about the lack of gay sex in the film. Speaking after a showing at the New York Film Festival earlier this year, he summed up his reason with characteristic flair. “To put our gaze upon their lovemaking would have been a sort of unkind intrusion,” the director said in Italian-accented English. “I think that their love is in all things, so when we gaze towards the window and we see the trees, there is a sense of witnessing that. I refuse with strong firmness that I was coy in not showing that, because I think that Oliver and Elio and Armie and Timothée, the four of them displayed a very strong intimacy and closeness in so many ways and it was enough.”

It was precisely that closeness that made Hammer initially apprehensive about the role. “I did have apprehensions. I didn’t think I could make myself that vulnerable and that exposed and that raw. I didn’t think I had the chops as an actor, and I was terrified,” said Hammer. “There is no big thing happening in this movie. It’s two people and the core of their relationship… It just seemed like such a subtle, finite, beautiful thing that had to happen and it scared me. I just didn’t think I could do it.”

Through conversations with Guadagnino about “the nature of fear and desire” and what it means to be an artist, Hammer changed his mind to deliver a performance that could very well land him an Oscar nomination. Chalamet, whose similarly inspired performance announced him as one of the year’s most exciting new talents, also credited Guadagnino with enabling him to inhabit some of the film’s most emotional scenes. “He didn’t treat me preciously or with any sort of ceremony,” Chalamet said. “I just felt very safe in front of his camera.”

“Call Me by Your Name” is a beautiful film and a joy to watch, gay sex or not. Its critical success proves that “Moonlight” was not an anomaly, but a harbinger of things to come for LGBT films’ awards chances. Undoubtedly it will have its critics, as all good films do. But in his delicate direction of those intimate moments, and commitment to the characters’ privacy, Guadagnino makes a pretty good case for cinema that celebrates more subtle forms of intimacy.

This Article is related to: Film and tagged Armie Hammer, Call Me By Your Name, Luca Guadagnino