It's the year's most competitive weekend for specialized film, but the holidays accommodated multiple winners. 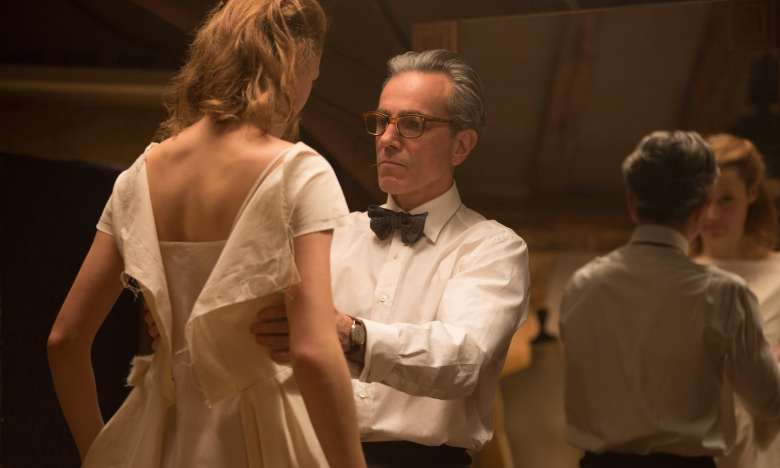 Post-Christmas weekend is often the year’s biggest for specialized films, rivaled only by the one after Oscar nominations. This year, an unusually large number of titles competed for limited screens including Paul Thomas Anderson’s “Phantom Thread” (very limited) and Aaron Sorkin’s “Molly’s Game” (national, but only in 255 theaters), with better than predicted results.

Steven Spielberg’s “The Post” is still the top limited performer, maintaining its strong presence in its second weekend in nine theaters. Among wider film, “Darkest Hour” scored a Top 10 placement overall and “The Shape of Water” just missed in its still less-than-wide run.

Standing out as well is “Lady Bird,” which is rebounding strongly over the holidays and looks poised for more as it continues to get major awards attention.

With its Monday opening, this is a full-week gross averaging $154,000, very strong by any definition. Some context: The first three days, including its Christmas opening, averaged $252,000. And Paul Thomas Anderson’s films, of which this is one of the most acclaimed, have a history of strong platform runs. “Inherent Vice,” with a five-theater, pre-Christmas opening, had a PTA of $65,000. “The Master” was even stronger, with an incredible $147,000 initial average.

Both of his previous films opened with far less specialized competition and more seats, but it remains too early to project the future for this. Unlike either one of those films, this will have the benefit of a major boost from expected Oscar nominations around the time of its national release.

What comes next: The national release comes on January 19. Jessica Chastain’s hopes for a Best Actress nomination should be helped by the profile of this limited national release. Aaron Sorkin’s directorial debut scored a decent response in a cross-country big city and suburban upscale release, with over $5 million already in after its Christmas Day opening.

What comes next: STX will get a jump on other late openers with a 1,500 theater break this Friday.

The last opening of 2017 is timed for getting Annette Bening maximum attention in hopes of a Best Actress nomination. It’s a tricky date to open, though it can lead to awards attention that helps with later dates.

Last year, A24 opened “20th Century Woman,” also with Bening, on December 28 (a Wednesday), with a weekend gross of $111,000 in four theaters ($178,000 for five days). That’s much better than the result for this story of actress Gloria Grahame and her affair with a much-younger English actor.

What comes next: The slow national limited expansion with high-level marketing will parallel the possible nomination for Bening. In the Fade (Magnolia) – Metacritic: 62; Festivals include: Cannes, Toronto, Hamptons 2017

Turkish native Fatih Akin has made most of his films in Germany, where he has become one of its best-known directors. His latest is that country’s Oscar submission, and made the semi-finalist list of nine. The release is not needed for qualifying for that, but is timed to elevate awareness for the final stage. Initial response for this drama about a woman’s response to events after her husband and son are killed by right-wing terrorists is not encouraging after its Wednesday release in New York and Los Angeles at three top theaters. The opening does put Diane Kruger, who has garnered strong reviews, into Best Actress consideration.

What comes next: A wave of limited dates timed to benefit from any Oscar attention. A slight increase from its opening weekend at the same nine New York/Los Angeles/Washington locations. Steven Spielberg’s retelling of the drama surrounding the publication of the Pentagon Papers in 1971 continues to be the best late-entry platform release, although “Phantom Thread” (in only four theaters) still has a higher PTA. These aren’t extraordinary numbers; “American Sniper” three years ago had an average of $158,000 on its initial weekend in four theaters. But in a very competitive period for the same older audience, more sophisticated viewers, and a broader group of locations, this is a strong result ahead of its wide national break on January 12.

Though the limited-run grosses for Scott Cooper’s Western starring Christian Bale remain muted, they did improve this weekend. Also, this had few or no newspaper ads running, making the uptick even more intriguing. This will add additional limited run next Friday and go national January 12. The second weekend in prime New York/Los Angeles theaters for Michael Haneke’s first film since his breakout “Amour” dropped about a third its second weekend. That isn’t unusual despite the holiday weekend, but does put the film at a level consistent with the struggles of so many top subtitled films these days.

A very good 36 percent uptick for Joe Wright’s Churchill 1940 drama. This has the best three-day total for any specialized release this year other than “The Big Sick.” Focus has done a terrific job of maximizing this title, positioning it to reach its older audience right when they pay the most attention.

A healthy increase of 16 percent over last week, with most theaters having played at least two weeks. Guillermo del Toro’s science-fiction romantic fantasy/thriller is already having early success with a much wider release, putting it in position to match or exceed “Darkest Hour” and “Lady Bird.”

A better than 40 percent increase for Greta Gerwig’s coming of age film. Though it lost theaters during the holidays, and some theaters don’t have complete schedules, the current surge is showing a real depth of strength for the film as it goes into the heart of awards season. This has had the best word-of-mouth boost of any late fall/early winter release. It has nominations ahead to give it more of a push, with at least $40 million likely and a chance to be the top specialized release from 2017 (currently “The Big Sick” at $43 million).

A decent eight percent jump over last weekend for James Franco’s film, which already had made a pre-holiday impact. Call Me By Your Name (Sony Pictures Classics) Week 6

The biggest boost lies ahead for Luca Guadagnino’s acclaimed gay romantic drama; Oscar nominations place it among the forefront of contenders. In the meantime it is shows continued interest and adds to an early decent total, although it did show a small drop from last weekend.

Up 21 percent, despite a loss of theaters.

A few more theaters added is only a small part of the very impressive 60 percent increase for the still-limited run of this retelling of the Tonya Harding/Nancy Kerrigan Olympic rivalry.

Christmas comes but once a year, which hasn’t been much help for this story of Charles Dickens creating “A Christmas Carol.”

This Article is related to: Film and tagged Box Office, Film Stars Don't Die in Liverpool, Phantom Thread, The Post