Plummer stepped in to replace disgraced actor Kevin Spacey and only had just over a week to reshoot the scenes. 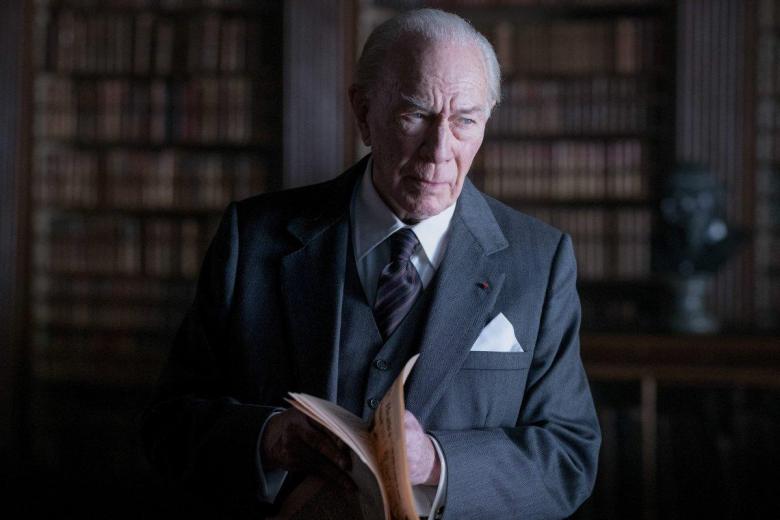 Christopher Plummer in “All the Money in the World”

The reviews are in for Ridley Scott’s John Paul Getty III kidnapping drama “All The Money in the World,” and every critic agrees Christopher Plummer is a highlight as billionaire tycoon J. Paul Getty. The actor famously stepped into the role just last month after Scott decided to remove Kevin Spacey from the already-finished cut following sexual harassment allegations. Plummer, who auditioned for the role years ago, had just over a week to re-film all of the scenes. The swap cost Sony an additional $8 million on the film’s budget.

Fortunately, the decision has paid off for Scott. Numerous critics are raving about Plummer’s work, which recently earned him a Golden Globe nomination for Best Supporting Actor. IndieWire’s Eric Kohn calls Plummer a “world-class performer” who is able to endow Getty with a “smarmy obstinance that aligns with the movie’s blunt storytelling.”

Plummer imbues his avaricious loner with a kind of snarky irreverence unimaginable in the showboating Spacey’s hands,” Kohn writes in his review. “The final version of the character comes across as Scrooge with a smile.

Kohn is far from alone in his praise of Plummer, with critics calling his performance “brilliant” and an “astonishment to be prized.” Check out a roundup of critical reactions to Plummer’s work below.

Plummer confers Getty with an authority and sense of resolve so complete that we’re entirely seduced into thinking we’re getting a taste of the real man, of what it’s like to be so far above the fray of normal human concern. What could have been simply a tasty cameo is fleshed out just enough to go beyond caricature into something truer and deeper, to get a real sense of the power of a self-made man who has traveled so far as to have become something entirely singular. The fact that the actor could step into this role on a moment’s notice and achieve something so precise and resonant — and which will no doubt be remembered as one of his most iconic performances — is an astonishment to be prized.

[Plummer] relishes and luxuriates in the role. It fits him perfectly. Getty is exactly right for Plummer’s talent for subversive glittery-eyed grandfatherly mischief, cut with a dash of misanthropic malice…With the help of Plummer’s tremendous villain-autocrat performance, Ridley Scott gives us a very entertaining parable about money and what it can’t buy. Plummer, oozing entitlement, is by far the best part of the movie. So much so it’s impossible to imagine Spacey doing as good a turn under mounds of his prosthetic makeup. Plummer’s scenes with co-star Michelle Williams — delivering another strong, understated performance — are worth the price of admission.

The film confirms Christopher as the most reliable emergency Plummer in history. He is icily brilliant in the role, making Getty a cloistered empire-builder in the Ridley Scott tradition, alongside Gladiator’s Emperor Commodus, Blade Runner’s Eldon Tyrell and Alien: Covenant’s Peter Weyland. Like them, Getty is a man not drunk on power, but driven so stonily sober by its possibilities, he has come to see the workings of the world in a frosty new light.

The damning allegations of rape and various shades of abhorrent sexual transgressions against Spacey, as atrocious as they are, quickly become an afterthought the second Plummer, seemingly born to play this spiteful, vindictive character, walks onto the screen and tears it all down. No small feat given how much shock and ink was spilled over Scott’s eleventh hour recasting and superhuman, perhaps historic accomplishment of reshooting the entire role in a flash (there’s one early shot in a Saudi desert where Plummer looks CGI’d in, but otherwise, the integration is flawless). You won’t wonder what Spacey’s version of the movie was like. You just won’t care.

This Article is related to: Film and tagged All the Money in the World, Christopher Plummer, Ridley Scott