"It's the muck of our own creation that we're stuck in," said Rees. "It sticks to us, it's impossible to keep out of our lives." 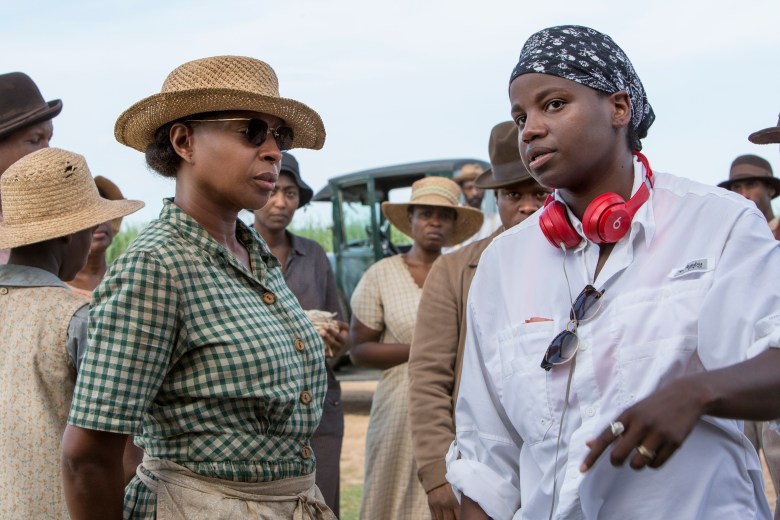 “Mudbound” stands on its own as an artistic statement, but to hear Dee Rees describe her vision adds another layer to this dense tale. Sundance regulars have had their eye on Rees since 2011’s “Pariah,” an understated coming-of-age tale about a young lesbian growing up in Brooklyn. Rees’ career took a giant leap when “Mudbound” sold to Netflix for a whopping $12.5 million, becoming the biggest acquisition at this year’s Sundance. A sweeping, Southern-set period drama, “Mudbound” lays bare the stark realities of race in America through the lens of two families—one black and one white—and their parallel lives.

“I wanted to give weight to what is it to not be able to come home, to be self-reliant,” Rees told IndieWire in an interview for our Spotlight Awards series. “It’s this pioneer story, except it’s with two families, and these two families are kind of tethered to each other.” The ensemble story allowed Rees to show both the weight of family and the weight of history, and the ways we must shoulder both burdens without turning a blind eye. Even Pappy, the most viciously racist character played by Jonathan Banks (“Breaking Bad”), was not intended to be pure evil. “Its not that Pappy is this mustache-twirling villain,” she said. Each white character has a different relationship to race and racism, explained Rees, representing the myriad ways people find to justify or hedge discrimination.

Watching “Mudbound” can be a taxing experience, but Rees was not interested in sugar-coating anything. Racism, like mud, is everywhere and in everything. “The mud, for me, was an allegory for race,” said Rees. “It’s the muck of our own creation that we’re stuck in. We can’t get out, it dries to our clothes, we carry it with us, it comes off on other things, it sticks to us, it’s impossible to keep out of our lives.”