The writer and advocate sagely writes, "The system worked for Harvey Weinstein for decades. It works for Woody Allen still." 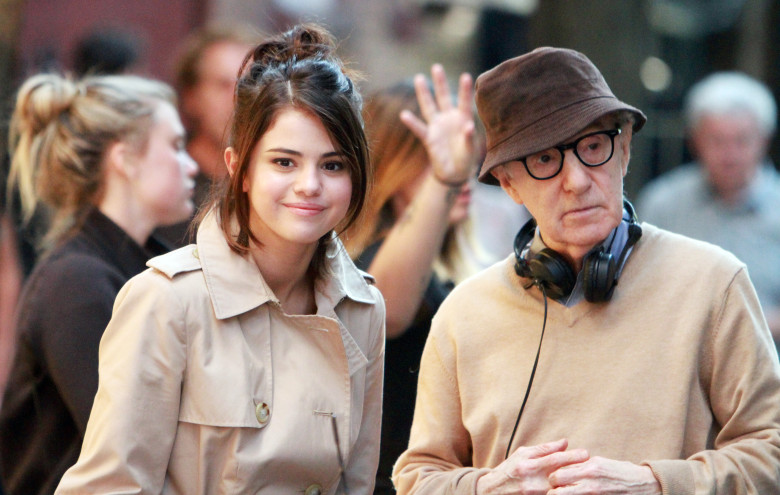 In a new op-ed written for the Los Angeles Times, writer and advocate Dylan Farrow calls out Hollywood and some of its brightest stars for continuing to work with filmmaker in the face of the burgeoning #MeToo revolution. Farrow, Allen’s adoptive daughter with Allen’s former partner Mia Farrow, long ago accused Allen of molesting her when she was just seven years old, though Allen was never prosecuted on any charges (Allen declined to comment on the article).

For Farrow, however, the uptick in reporting on sexual abusers and harassers has stalled out, and her own accused abuser has not only walked free, but continued to thrive in an industry currently casting out its alleged perpetrators. She writes, “We are in the midst of a revolution. From allegations against studio heads and journalists, to hotel maids recounting abuses on the job, women are exposing the truth and men are losing their jobs. But the revolution has been selective.”

In the opening of the piece, Farrow lays out her allegations again, in full, writing, “I have long maintained that when I was 7 years old, Woody Allen led me into an attic, away from the babysitters who had been instructed never to leave me alone with him. He then sexually assaulted me. I told the truth to the authorities then, and I have been telling it, unaltered, for more than 20 years.”

She adds, “In the final legal disposition of the matter, a judge denied him custody of me, writing that ‘measures must be taken to protect’ me and that there was “no credible evidence” that my mother, Mia Farrow, coached me in any way. A prosecutor took the unusual step of announcing that he had probable cause to charge Allen but declined in order to spare me.”

Farrow goes on to detail Allen’s recent opportunities in the entertainment world, writing, “Why is it that Harvey Weinstein and other accused celebrities have been cast out by Hollywood, while Allen recently secured a multimillion-dollar distribution deal with Amazon, greenlit by former Amazon Studios executive Roy Price before he was suspended over sexual misconduct allegations?”

It’s clear to Farrow why Allen has been allowed to keep creating: a machine that continues to protect and bolster the long-lauded filmmaker. “It also speaks to the forces that have historically protected men like Allen: the money and power deployed to make the simple complicated, to massage the story,” she writes. “In this deliberately created fog, A-list actors agree to appear in Allen’s films and journalists tend to avoid the subject.”

Farrow also takes aim at some of the powerful women — including those she says she still admires — who have defended Allen or at least hedged their conversations when directly asked about the allegations against him, including Kate Winslet, Blake Lively, and Greta Gerwig, even as they have spoken out against Weinstein.

She adds, “The truth is hard to deny but easy to ignore…It meant the world to me when Ellen Page said she regretted working with Allen, and when actresses Jessica Chastain and Susan Sarandon told the world why they never would. It isn’t just power that allows men accused of sexual abuse to keep their careers and their secrets. It is also our collective choice to see simple situations as complicated and obvious conclusions as a matter of ‘who can say’? The system worked for Harvey Weinstein for decades. It works for Woody Allen still.”

You can read the full op-ed right here.