Though Swanberg is credited as the only writer on Season 2, that's just legal stuff. "Easy" is made by a diverse group of collaborators, and he wants to tell the world. 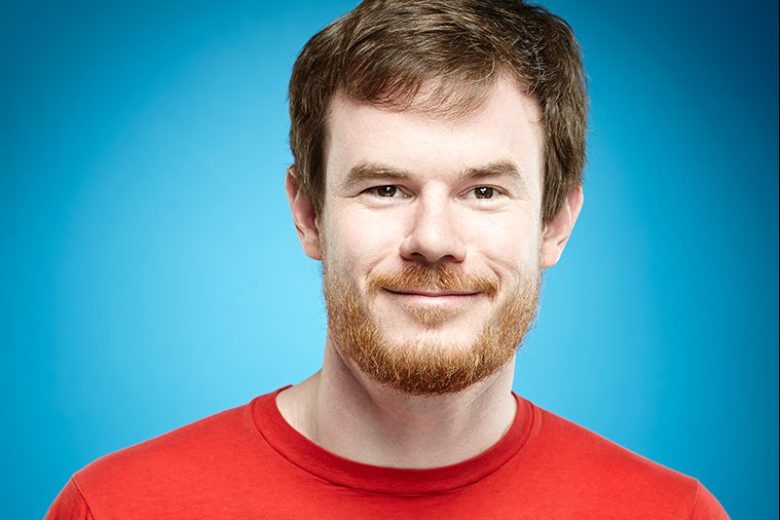 Set in Chicago, Joe Swanberg’s anthology series, “Easy,” could have painted the Midwestern mecca as the sports-crazed, St. Patrick’s Day destination many outsiders see it to be. Instead, the show spends considerable time bringing women’s and minorities’ stories to life. Sure, there are some white dudes thrown in the mix, but the Netflix original comedy depicts the city as the melting pot it is, rather than the Irish stew many perceive it to be.

Creator Joe Swanberg isn’t a minority, nor, as you may have guessed, is he a woman. But he is the sole credited writer and director of every episode of “Easy.” So how is a self-described “straight white guy” able to write an episode like “Lady Cha Cha,” which features authentic insight into a relationship crisis between two women wrestling with uniquely feminine and feminist issues? (“Easy,” it should be said, is very good.)

“That one was really a pleasure to write and a pleasure to make, and one where I leaned really heavily on the actors,” Swanberg said in an interview with IndieWire. “I was in touch with [stars] Jacqueline [Toboni] and Kiersey [Clemons] well in advance of Season 2 and was really leaning on them to help me craft that story and to bring their own belief systems to it so that I’m not overly informing the episode as a straight, white guy and that I’m really having their voices be present in the writing process.”

This is not an exception to the norm — it is the norm. Swanberg, who grew a favorable reputation within the indie film world for a slew of delicate relationship-focused festival films, likes working in a group. He always has. “In my early movies, they just said, ‘A film by’ me and all the actors. It’s sort of like everybody shared credit,” Swanberg said.

But things changed as he started working with more and more professionals.

“It’s a guild issue,” he said. “The Writers’ Guild would not allow me to credit Jacqueline and Kiersey and Jazz and all the other cast as writers without those people joining the Writers’ Guild and a whole other complicated process. So my own personal instinct would be to give all of the cast writing credit, but it becomes a logistical and union issue. So, unfortunately, the easy solution is just to do this writer, director thing. Technically, I am the one sitting down at the computer writing out the outline, but I do think that it’s misleading, and I wish that there were a more elegant solution.”

Swanberg said he can absolutely relate to a lot of the issues in the episode — like the “hypocrisy” of conflicting feelings and beliefs, as well as saying what’s “easy to espouse in public” while harboring more complicated internal feelings — but he wants viewers to understand what the actors have brought to the table beyond their performances.

“With a show like ‘Easy,’ where these characters are returning and I’m casting actors not just for one 30-minute piece, but for theoretically a long ongoing project, the more ownership they have, the better,” Swanberg said. “It’s like, I don’t want to be creating this character. I would love for you to be creating this character and that we’re talking in real time and as the years go by, you get to know the character better and better; where really, I’m just pitching a scenario and the actor is already sort of immediately having takes on it and knowing what the character would or wouldn’t do in certain situations. I’m hoping with each passing season, that’s an even bigger and deeper collaboration.”

Swanberg also said he makes sure to hire a lot of women as department heads and producers. (Kristen Zolner and Jane Wiseman are executive producers on both seasons.) That helps create a safer working environment for everyone involved, especially when they’re shooting so many scenes featuring sex, nudity, and other typically personal, private behaviors. “The thing that I’ve learned over the years — and that I’m attempting to continue to get better at — is the earlier in advance we can start talking about it, the better,” Swanberg said about creating a safe, comfortable set. “I feel like early in my career I was just kind of charging forward with everything and being like, ‘We’re crazy artists and filmmakers. Let’s just go for it. We’ll figure it out as it goes.’ The more I do it and the more we sort of have public conversations about how that should be done well, the more I approach things thinking, ‘Let’s not just charge forward. Let’s make sure that we’re all on the same page before we even get started.’ That’s the best way.”

Such self-awareness and conscientious decision-making serve as a reminder not to take too much credit away from the showrunner. “Easy” is built through a collaborative process, but Swanberg is putting all the pieces together. He describes his imagination as a “double-edged sword,” where he’s got ideas for 30 episodes a year, but acknowledges making all of those would be impossible — he’s got to direct, produce, and write each and every one, after all, and that takes a serious commitment.

“I would say my most dreamy version of the show would be one where certain seasons in the future might take wild left turns, like doing an entire season of just one storyline, where the same characters are in all eight episodes, or doing something where it’s all brand new characters,” he said. “It’s a complicated show because to me, maybe around Season 10 would be when all of the really big ambitions that I have for it really start kicking into gear.”

In the end, he’s just happy to subvert the system a bit and give credit where he believes it is due.

“Actually, it’s great that you asked the question and we’re able to talk about it because, as much as possible, I like to remind people how heavily involved the actors are.”

“Easy” is streaming now on Netflix.

This Article is related to: Television and tagged Easy, Joe Swanberg, Netflix