As awards season takes over Hollywood, keep up with all the ins, outs, and big accolades with our bi-weekly Awards Roundup column. 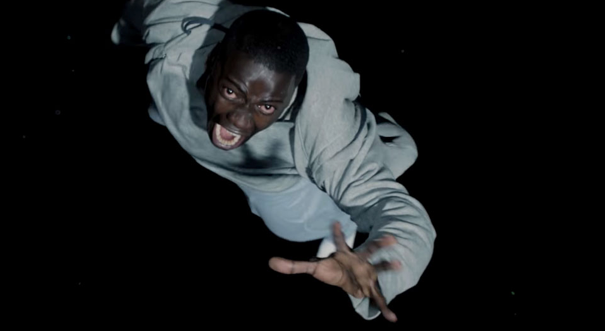 As awards season takes over Hollywood, keep up with all the ins, outs, and big accolades with our bi-weekly Awards Roundup column.

The Stanley Kramer Award will be presented to “Get Out” at the 29th Annual Producers Guild Awards presented by Cadillac on Saturday, January 20, 2018 at the Beverly Hilton hotel in Los Angeles.

– The Athena Film Festival (AFF) has announced that director, producer and screenwriter J.J. Abrams will receive the 2018 Athena Leading Man Award at the eighth annual festival. The festival will celebrate Abrams’ extraordinary career and continued support and advocacy of women in the entertainment industry. The Athena Film Festival, co-founded by the Athena Center for Leadership Studies at Barnard College and Women and Hollywood, will take place February 22-25, 2018, at Barnard College in New York City.

Past recipients of the Athena Leading Man Award include director, producer and screenwriter Paul Feig (2016) and actor and producer David Oyelowo (2017).

“I am deeply humbled to be recognized by the Athena Film Festival. Any good I’ve done has been achieved because I have worked alongside women, and I share my gratitude with all of them for being honored with this award,” J.J. Abrams in an official statement. Past recipients of the Icon Award include Michael Douglas, Robert Duvall, Tom Hanks, and Meryl Streep.

– Directors Guild of America President Thomas Schlamme has announced that renowned director and Past President Michael Apted will be the recipient of the DGA Honorary Life Member Award in recognition of leadership in the industry, contribution to the Guild and the profession of directing, and outstanding career achievement.

The award will be presented to Apted, who currently serves as DGA Secretary-Treasurer, at the 70th Annual DGA Awards Dinner on Saturday, February 3, 2018 at the Beverly Hilton Hotel in Beverly Hills.

Apted served as DGA President for three terms from 2003-2009, the longest consecutive presidential service since George Sidney in the 1960s.

– The Association of National Advertisers (ANA) and The CW Network will partner at the 23rd Annual Critics’ Choice Awards to honor “Wonder Woman” star Gal Gadot with the #SeeHer Award. “Wonder Woman” director Patty Jenkins will present Gadot with the award at the star-studded Critics’ Choice Awards gala on Thursday, January 11, 2018, live from the Barker Hangar in Santa Monica, California.

The #SeeHer Award recognizes a woman who embodies the values set forth by the #SeeHer movement — to push boundaries on changing stereotypes and recognize the importance of accurately portraying women across the entertainment landscape. Gadot broke through this year as a powerful voice advocating for women, not only on screen as the iconic Wonder Woman, but in life as well, using her platform to encourage those in the entertainment industry and beyond to strive for fairness and parity across genders. Viola Davis received last year’s inaugural #SeeHer Award. Patty Jenkins and Gal Gadot on the set of “Wonder Woman”

The Cinema Audio Society, a philanthropic, non-profit organization, was formed in 1964 for the purpose of sharing information with Sound Professionals in the Motion Picture and Television Industry.

This Article is related to: Awards and tagged Awards Roundup