The film is now available to watch via iTunes. 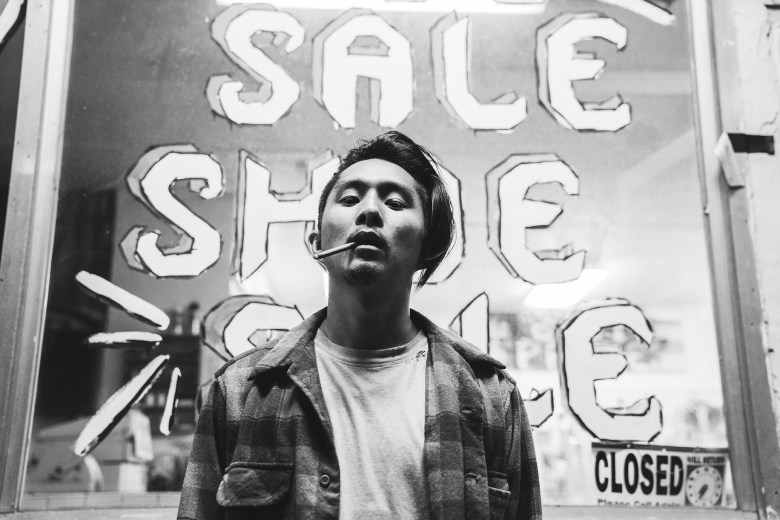 For Justin Chon, who was recently featured in the iTunes Filmmaker Spotlight, getting the deeply personal and unique “Gook” (click here to watch the film) made was a triumph. But seeing it in competition at Sundance 2017, where it won the Audience Award and also received a a nomination for a Film Independent Spirit Award, proved that his vision resonated with audiences.

“You always hope that people connect with whatever film that you’re making at the time, but it’s hard and rare to make a film that actually does that,” Chon, who wrote, directed, and stars in the film, tells IndieWire. It’s usually a wish and a hope but you never expect the outcome, so it’s just a really amazing, fulfilling surprise that people connect to the film and that it even got into Sundance.

“Gook” follows two Korean-American Angelenos (played by Chon and David So) and the unlikely friendship they develop with their young African-American neighbor (Simone Baker) on the night of April 29, 1992, the first night of the Los Angeles riots. Chon won Best of Next at Sundance and is nominated for Film Independent Spirit Award for his directing, the second feature-length film he has helmed (the first was the rom-com “Man Up,” which he also wrote).

It’s a deeply personal story for Chon, who grew up in Los Angeles and whose father’s own store was looted during the riots, which were sparked by the Rodney King verdict and fueled by cultural clashes between black and Korean residents. For Chon, it’s a priority to put Asian-American experiences on screen.

But by bringing Asian-American experiences to life in the films he writes and directs, Chon hopes to make people realize how similar the experiences of different cultures can be.

“I rarely ever get to act in a screenplay where it’s actually written by an Asian-American who understands the nuances of what I’ve been through. That’s why, when you see a film like Moonlight, it strikes a chord because the more specific you get with an experience, the more universal it is,” he says. “When you see something like Moonlight, that experience is so specific that it feels universal. When I saw that movie, I was completely blown away because I know what it feels like to be the outsider.”

Below, here are six more of Chon’s influences (all available on iTunes).

That’s the biggest influence for this film. that film was in black and white and when I saw that in my early 20s it just totally rocked my world. It was about three disenfranchised teenagers who had qualms with the world and I definitely related to that. The film is about police brutality—a cop put this kid in the hospital and they’re waiting to see if he comes out of a coma, and it’s the film that put Vincent Cassel on the map. Just from the cinematography to the rawness, it felt so realistic to me with youth angst and how when you’re dissatisfied with a situation how powerless you really are.

In terms of the vérité style of filmmaking, you can see that in “Gook.” It’s almost like docu-film. I’m a huge admirer of Cassavetes and I just love how ballsy he was, especially with that film—you just see everyone’s heart exposed and all they can do is just react and be reactive and explosive in ways, and yet so vulnerable. It’s exposed nerves. I hope that’s in my work.

That’s a relationship between an older man and a younger woman, and it was a platonic relationship. They were never meant to be romantic. It was such an unlikely friendship and it was just so poetic. The older man in that film, he spies on people, so he’s not a saint. But through the film you really understand who he is, warts and all, and how the girl is just trying to make her way and find herself as well. And damn it, the cinematography in that film is so beautiful as well.

Kevin Costner is a jailbird. He breaks out of jail and he kidnaps a little kid…from a very restrictive religious background. It’s basically a film about their friendship. Costner takes him on his first time trick or treating, but he’s kidnapped this kid and it just shows how even criminals in the world are humans. They’ve done bad things but they’re humans, and we all deserve to be looked at for who we are. Even if you are a criminal doesn’t mean you should be marginalized. You should still have human rights. There’s humanity through the fringe characters of the world. It’s just such an unlikely friendship, which is obviously a theme of my film.

You can’t make a film about race and not have been influenced by Spike. Some people picked up some of the homages I paid to Spike, but I purposely did not watch “Do the Right Thing.” I’ve seen it many times, but while I was writing and making this film I didn’t watch it because I didn’t want to be influenced—but it bled in no matter what. You can’t just shy away from that. For people to recognize that was a huge influence was a huge compliment and an honor for me. I definitely look up to his work and to him as a filmmaker.

“Boyz in the Hood” is a film that I saw in junior high, and it was close to the time of the riots. That film made a lot of people stars. You just see all these people from the neighborhood and how different choices in life take you down different roads. Especially in “Gook,” you see [opposing groups are] not bad people and they all should be friends but the lines in the sand force them to choose sides. “Boyz n the Hood,” it’s a huge film about friendship and how your friends influence you but it’s also a coming of age story that I related to. It’s also about the hood—the thing about “Gook” is that it’s kind of a hood movie but grounded and I felt like “Boyz n the Hood,” I believe those people. I believe they really existed. It’s a story about themselves. They’re saying “this is our place in the world, and most people won’t take a second look or even drive through our neighborhood, but this is our story.” I was hoping with “Gook” that I could do that as well for both communities.