Star Wars is still in the lead, but there's a chance that could change by the start of the new year. 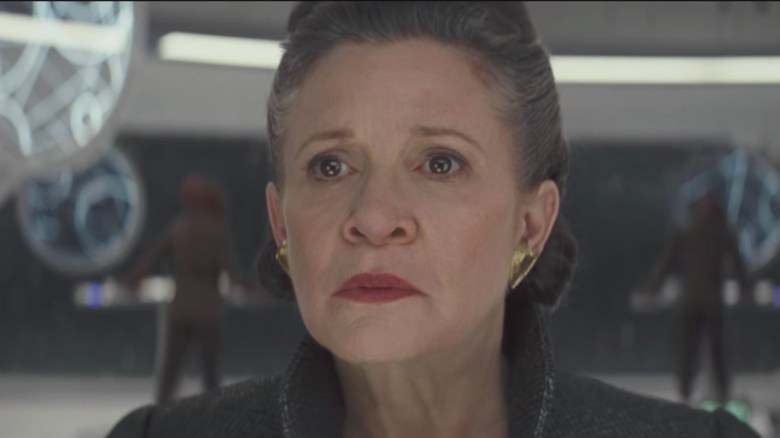 And in the last weekend, there’s an unusually close race for #1 with “Star Wars: The Last Jedi” barely holding off a strong surge for “Jumanji: Welcome to the Jungle.” The Dwayne Johnson reboot of the franchise saw a strong 39 percent improvement in its second weekend. The “Jedi” lead over “Jumanji” has decreased, and there is a slim chance that when Monday’s grosses come in that it might score an upset win.

Before people get excited with another supposed sign of Star Wars dissatisfaction, some facts are in order. Through 17 days of release, “Jedi” has grossed $517 million in domestic grosses (making it #1 for 2017) and $1.04 billion worldwide, with China still to open. In a few days, it will post bigger totals for its entire run than “Rogue One” made last year. It should make around 70 percent of the astounding $2 billion-plus of “The Force Awakens.” (You can’t replicate the pent-up interest for a reboot of the most successful franchise ever.)

“Jumanj,” on the other hand, is outperforming any expectations. Already at $170 million and headed to well past $250 million domestic, it is a testimony to how family-oriented brands can flourish over Christmas. In this case, adding Johnson extended the appeal. Minority viewers can make up to 40 percent of the movie going public and this is a multiple-quadrant appeal film that it is doing enough at home to nearly pay for itself.

As usual, most films showed steady or improved grosses, but it also makes the 11 percent drop for “Pitch Perfect 3”  stick out, despite its third-place showing and a healthy $64 million so far. That’s less than the first weekend for its predecessor, but the holiday timing looks like a smart move that paid off.

Another surprise is the increase for “The Greatest Showman.” The Hugh Jackman musical/biopic jumped 73 percent. Also a Wednesday opening, the pre-Christmas dates clearly helped it overcome resistance to what seemed like a possibly outdated entry with a star outside his comfort zone. Instead, positive response and an appeal to both families and older viewers has paid benefits. It’s still not a breakout hit — under $49 million for 10 days is an adequate return — but if it has staying power beyond the holidays and international appeal, what appeared to be Fox doing its “X-Men” star a favor might turn out to be a minor money maker.

Fox’s “Ferdinand”  jumped 59 percent, while than Disney/Pixar’s “Coco” increased 22 percent. The latter, at $179 million, is $30 million-plus behind “Moana” last year at the same point. However, it’s much bigger overseas — not the usual Pixar result. “Ferdinand,” though less expensive (around $111 million) doesn’t have the benefit of the prolonged holiday play  that helped the November-opening “Coco,” and its ultimate fate will rest on international results. One disappointment has been Ridley Scott’s “All the Money in the World.” Major coverage about the last-minute reshooting of disgraced actor Kevin Spacey’s scenes with Christopher Plummer seemed like the kind of awareness most films can only dream of. But despite decent reviews, it has managed only $12.6 million in its first full week. There may have been too much competition for adult audiences with already-established options, or perhaps it seemed too much like a film sold on the basis of a gimmick, no matter how successfully done. It certainly didn’t attract the usual audience for a film with Mark Wahlberg in the lead.

At least it’s is doing better than Warner Bros.’ R-rated comedy “Father Figures,” which barely eked out 10th place in its second weekend. It can claim a second weekend increase, which is something that failed to happen for Alexander Payne’s “Downsizing,” which fell seven percent, for $17 million so far and a likely domestic total under $25 million.

This Article is related to: Film and tagged Box Office, jumanji: welcome to the jungle, Star Wars: The Last Jedi