"It would be so easy to poke fun at [Tommy Wiseau]," Franco told IndieWire. "We certainly didn't want a spoof." 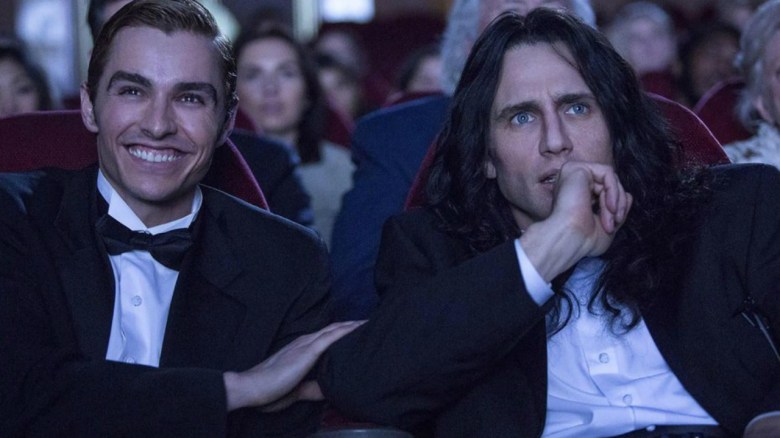 “I love Hollywood stories, and this is unlike any Hollywood story ever,” said James Franco, speaking to IndieWire about “The Disaster Artist.” “This guy is so bizarre, this story is so bizarre, and at the same time it is like every Hollywood story — and it’s every dreamer’s story.” Franco directs and stars in the oddball show business tale, which chronicles the making of Tommy Wiseau’s cult classic “The Room.” Franco revealed that he hadn’t seen “The Room” until reading “The Greatest Bad Movie Ever Made,” which gave him the inspiration to make “The Disaster Artist.”

“[‘The Room’] was sort of on the periphery of my consciousness, I’d seen the billboard…but it just didn’t register. It was so weird, it just didn’t make sense to me. I thought it was a cult, I didn’t know what it was,” said Franco. “I finally read the book…and I had that moment where it was like — ‘I need to direct this story, I need to play this guy, and I know that my brother [Dave Franco] will be great for Greg, because I just know that we have that dynamic.'”

“The Disaster Artist” works because of Franco’s respect and admiration for Wiseau and what he was trying to accomplish. As such, he approached the story with a kind of reverence, not as a flat-out comedy. “We always knew we didn’t want this to be an out and out comedy in the vein of ‘Pineapple Express,’ that we would treat this almost like a love story. We certainly wouldn’t do it like a spoof, it would be so easy to poke fun at him,” he said.

Franco is delightfully unhinged and earnest as Wiseau, delivering one of the best performances of his career, and one that could potentially earn him an Oscar nomination. (He has already been nominated for a Golden Globe Award, SAG Award, and won the Gotham Award for Best Actor). As a director, “The Disaster Artist” represents a giant leap forward for Franco, whose previously films didn’t attract awards attention.

According to Franco, there were only two actors Wiseau wanted to play him: Franco or Johnny Depp. “I think largely because I had played James Dean and he sees himself as James Dean,” said Franco. “Tommy Wiseau looked at Brando and James Dean, but he’s obviously from Eastern Europe somewhere, so by trying to be James Dean and failing at that so spectacularly, he created something else that was in its own weird bizarre way just as beautiful — and people responded.”

This Article is related to: Awards and tagged James Franco, The Disaster Artist