The world's most famous primatologist reviews the most ape-friendly blockbuster of the year. 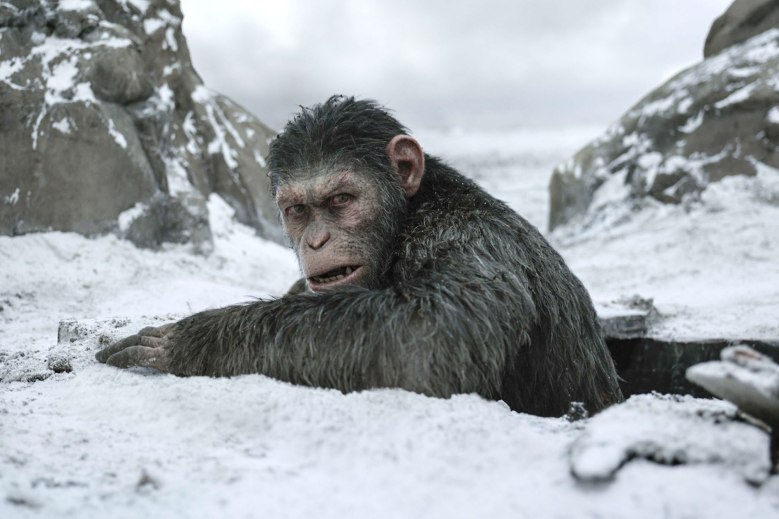 “War for the Planet of the Apes.”

The acclaimed Jane Goodall documentary “Jane” is a frontrunner to land an Oscar nomination for Best Documentary Feature this year. But if the famous primatologist had her way, “War of the Planet of the Apes” would also be a major contender this year in categories like Best Picture and Best Actor.

Goodall recently participated in Variety’s Writers on Writers series, where she was given the opportunity to praise Matt Reeves’ trilogy-ending “Planet of the Apes” installment. The film earned some of the best reviews of the year for a blockbuster and is expected to land below-the-line Oscar nominations, but Goodall think it deserves way more credit.

“I was unexpectedly moved,” Goodall writes of watching “War for the Planet of the Apes. “In fact it haunted me, for there is a powerful moral message in Mark Bomback and Matt Reeves’ script. For weeks after I watched it I found myself thinking about our human arrogance in believing we are so superior to the apes and other animals…As someone who has fought for a long time against using wild animals in entertainment, it’s fantastic to have created such vivid characters without exploiting any living apes.”

Goodall salutes Andy Serkis’ motion capture performance as Caesar, specifically how the actor manages to “reflect the struggle of humanity as we try to overcome our faults and achieve our true potential for good.”

“Caesar is not perfect: he sometimes flies into rages, he succumbs to despair, he withdraws from his friends,” she writes. “But these flaws only serve to highlight his many virtues — his leadership qualities, his courage, humility, wisdom, compassion and ability to forgive. The sacrifice that he makes to help the other apes is truly moving.”

Goodall concludes by saying that “Caesar is everything one could want in a leader” and wishing that every human leader behaved more like this cinematic ape. Head over to Variety to read Goodall’s full post on “War for the Planet of the Apes.”

This Article is related to: Film, News and tagged Andy Serkis, Jane, Jane Goodall, War For The Planet Of The Apes