The actor's behind the scenes bond with Jonathan Banks and Dee Rees made him feel comfortable during the movie's most extreme scenes. 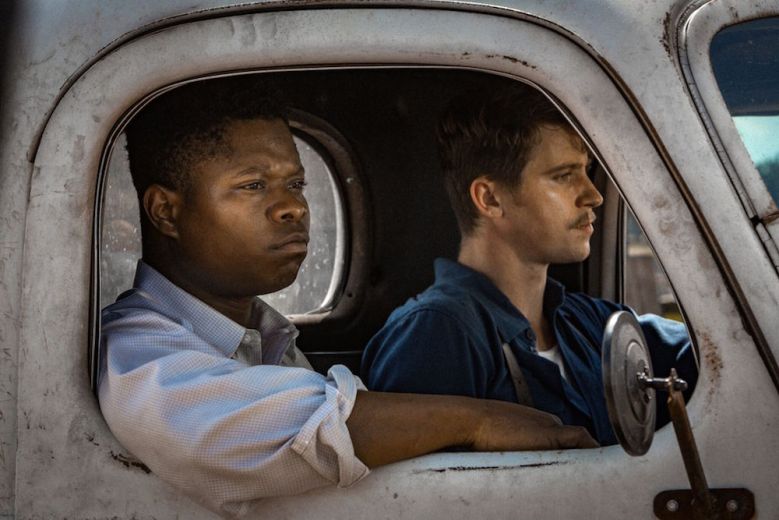 There are scenes so brutal “Mudbound” that actor Jason Mitchell found himself assuring white audiences that yes, the movie is in fact an accurate portrayal of the violence black people experience. “This is still happening today. They might not make you leave out the back of the store, but they also might not let you in,” Mitchell told IndieWire in the first interview for this year’s Awards Spotlight series. Directed by Dee Rees, “Mudbound” follows two families — one white, one black — living in the Deep South and their parallel journeys adjusting to life after WWII. The film’s hype has grown steadily since its Sundance premiere, where it sold to Netflix for a whopping $12.5 million in the biggest acquisition of the year.

Mitchell enjoyed playing a character unafraid to challenge racists, though he acknowledged that part might have been a touch unrealistic. “Most black men in his situation wouldn’t have said anything, that’s reason they stayed alive.”

Though the film’s extreme violence is difficult to stomach, it was a necessary part of telling the story. Mitchell was heartened to find that the white actors were more uncomfortable than he was during filming, in particular Jonathan Banks, who plays the racist grandfather known as Pappy.

“Banks was like, ‘I don’t know how many times we can shoot this, I got like three more of these. I can’t just look in his face and keep saying this,'” said Mitchell. “During the lynch scene [he] really cried. We couldn’t have had a nicer guy play Pappy. Those guys really had a hard time doing that, and it made me feel cared about, it made me feel loved. Even though they were dropping these n-bombs right in my face.”

Mitchell attributed the safety he felt to Rees for setting a tone and allowing him to be so vulnerable. “We hugged it out most of the time afterwards, because Dee sort of created this vibe. I’d work with her any time, any day.”