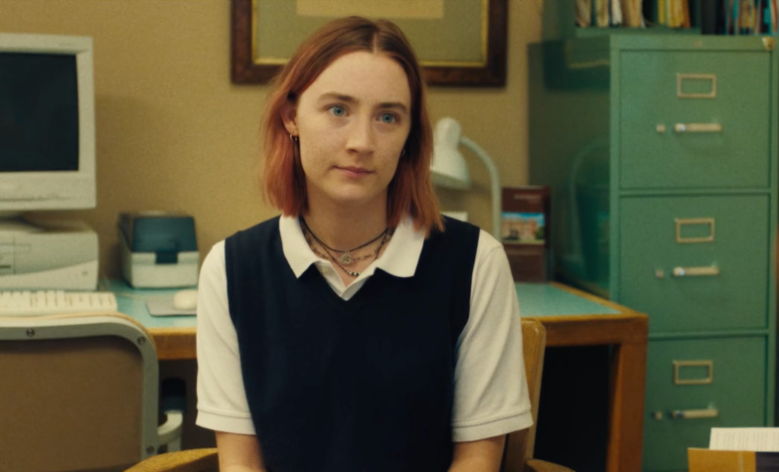 If Greta Gerwig being shut out of the best director race at the Golden Globes wasn’t already frustrating enough, it’s with great sadness IndieWire reports that “Lady Bird’s” perfect 100% score on Rotten Tomatoes is no more. After remaining at 100% through 196 reviews and setting the record for best-reviewed film on Rotten Tomatoes, “Lady Bird” has been brought down to 99% thanks to a rotten tomato from film critic Cole Smithey.

Smithey posted the movie’s first bad review on Rotten Tomatoes on December 10, noting “Lady Bird” is “far from a perfect film” and giving it a backhanded compliment by writing, “It’s not the mumblecore disaster you’d expect from Greta Gerwig – one of the mumblecore movement’s prime progenitors.” Smithey runs his own film website, whose tagline refers to Smithey as “the smartest film critic in the world.” People will surely disagree with that after reading his “Lady Bird” review.

“There are dozens of coming-of-age films that far outweigh this lightweight contender,” Smithey writes in his review. “Think ‘Kes’ or ‘Murmur of the Heart.’ Greta Gerwig has a long way to go as a filmmaker before she can pretend to approach a Mike Leigh or a Louis Malle.”

Fortunately, “Lady Bird” still has an amazing 99% on Rotten Tomatoes and has support form nearly every major critic in the country. The film has been listed as one of the best movies of 2017 by IndieWire, The New York Times, Rolling Stone, and many more. Gerwig recently won the Best Director prize from the National Board of Review, and the film earned a Best Picture (Comedy/Musical) nomination at the Golden Globes. The movie is also well on its way to becoming A24’s biggest release in history at the box office.

“Lady Bird” may no longer be at 100% on Rotten Tomatoes, but it can take solace in knowing that a lot of people aren’t happy about it. It should be noted that Smithey is very hard to please, as he gave such acclaimed hits like “Dunkirk” and “Wonder Woman” an “F” grade earlier this year.

And… Cole Smithey has the honor of just killing Lady Bird’s record for perfect Rotten Tomatoes score. It’s back to Toy Story 2 now.

the guy who gave Lady Bird a bad rating 1) is some asshole who just writes for his own blog and 2) gave it a B-, which isn’t even a bad rating, but Rotten Tomatoes counted it as rotten