How the loss of one movie theater in New York could impact foreign-language films across the country. 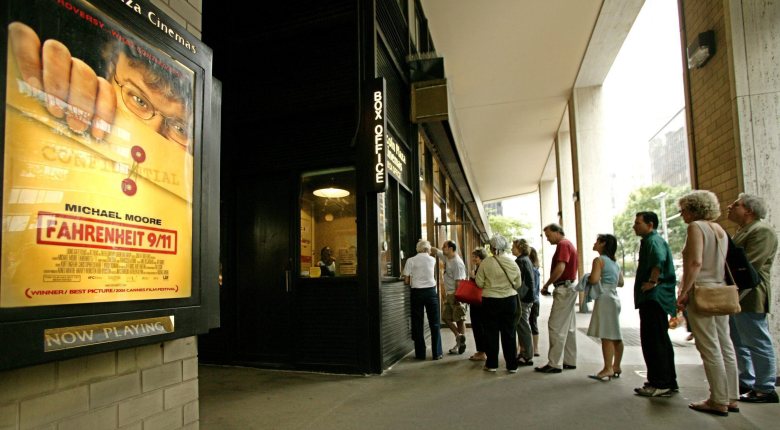 The line outside Lincoln Plaza Cinemas in Summer 2004

It’s just one theater, with six screens. But news that the landlord for the Lincoln Plaza Theaters —on Manhattan’s Upper West Side, across the street from Lincoln Center — is not renewing the lease for its present (and only) operators, longtime exhibitors and distributors Dan and Toby Talbot, could be the biggest news in specialized film this year.

Totaling a little over 1,000 seats, Lincoln Plaza has been the most important single theater in the domestic specialized market since its opening in 1981. Though it no longer provides the biggest grosses for most independent and other arthouse releases, it remains the single most vital location for launching subtitled and other high-end titles in the U.S.

Initial reports say the Talbots — dominant forces for over 50 years in the New York specialized film business — were unable to make a deal to continue operation. The landlord, Milstein Properties — has not confirmed that it will continue as a theater.

But assuming it does, it will mean a sea change. A film playing there gained a kind of credibility rare for any cinema to provide. Landmark Theatres, the country’s leading specialized exhibitor, pursued the theater for decades. Any existing location in a high-density area with strong interest in movies is desirable. So even at a more expensive lease, it will have appeal.

But what is hard to imagine is its current programming surviving. Despite rising ticket prices, Lincoln Plaza saw its annual gross fall from $5.5 million a year in 2011 to around $4.5 million in the most recent years. That downturn is directly related to the nationwide drop in interest in subtitled films.

Nearly all leading art house subtitled films opened there, usually with a downtown run, but other theater provided the gross of Lincoln Plaza. The Talbots particularly provided Sony Pictures Classics — the still-dominant provider of high-grossing subtitled films — virtual automatic entree and the expectation of a lengthy run.

AMC’s Lincoln Square Theater, a few blocks north on Broadway, has built a reputation as a significant player in platform exhibition. Top titles like “Call Me by Your Name,”  “The Disaster Artist,” “Lady Bird,” “Three Billboards Outside Ebbing, Missouri,” “The Shape of Water” and “I, Tonya” all opened there to great grosses. Any business plan to increase the grosses would likely need to include similar titles. That would take commitment of multiple screens and fewer overall films playing — and that would be a dagger in the heart of lower-grossing subtitled films.

The nearby three screens operated by the Film Society of Lincoln Center, though small in total capacity, also could see its access to top films increase. However, that could take away from their needed vital programming of repertory and esoteric films.

Landmark opened its 57 West theater close to the Hudson River, away from subway transportation and not in walking distance of the heavy foot and public transportation-using Lincoln Plaza audience. It though is already becoming more familiar as an event site and is certain to get another look as an alternative.The venerable single-screen Paris Theater will likely see its demand grow.

New York real estate mogul Charles Cohen, whose Cohen Releasing has attempted to cut into SPC’s turf (their “The Salesman” won the Foreign Language Oscar this year and has become a major force in distributing French films), has already gotten into exhibition with his takeover and remodeling of the Quad in Greenwich Village. The respective owners of the IFC Center and Angelika also could be possible operators. But none would like have the same tastes or commitment to heavily favoring the current line up of films at the theater.

But unless someone with a passion for subtitled and foreign film yakes over, it’s hard to see the core initial theater for these films being replaced. Los Angeles has only one such location, Laemmle’s three-screen Royal (whose booking often replicated the Lincoln Plaza’s). And a whole group of titles that thrived there — recently “Loving Vincent,” “Menashe,” “Ida” among non-SPC titles — might not have had their national success without their successful launch here.

It’s a huge development. Those who cherish continued availability of top international and other high-end films will follow closely what happens here — and the commitment to continuing the high level of programming the Talbots brought to New York, and by extension, the rest of the country.

This Article is related to: Film and tagged Box Office, Exhibition, Foreign Films