The director discussed his documentary at a recent IDA screening. 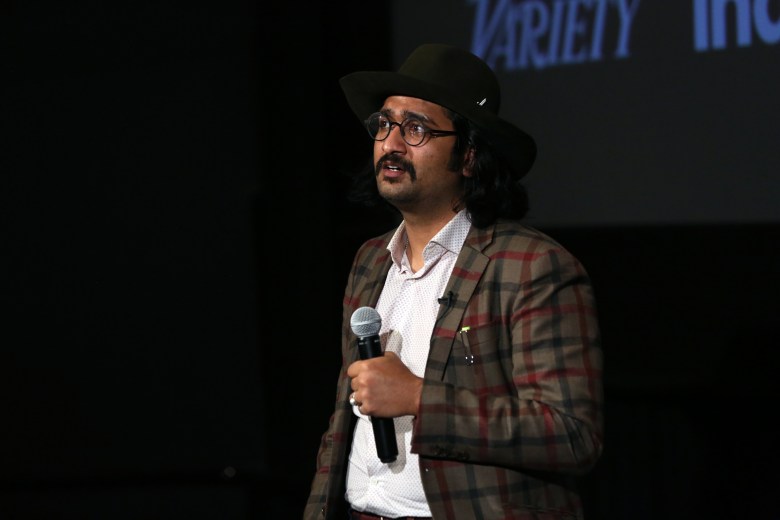 When “Machines” director Rahul Jain was growing up in India, he spent plenty of time as a child in his grandfather’s small textile factory. When Jain started making what would become his first film during his breaks from Cal Arts many years later, he knew he wanted to capture some of those mesmerizing sounds and visuals.

“There was a big sensory soup in my consciousness I was chasing,” he told IndieWire Special Projects Editor Steve Greene following a showing of his film about the goings on of a massive textile factory in Gujarat, India, at the International Documentary Association’s annual screening series.

Of course, it took some time to figure out how to do that.

“When you’re in such a sensorially rich and stimulating environment, as a director you kind of feel like you should get everything, and I was trying to do that — which was a total failure,” he said. “You have to really calm down and really understand the space, which is a combination of not just the physical locations but also the people there.”

“And yes, many times you do get the feeling that you’re watching paint dry but factory work, just like any work, is about time and in particular here the work is very repetitive. And I think to relay that sense of time I had to use almost a tenth of the editing speed that most films are edited at. I was trying to use time as a weight or gravity on your shoulders when you’re the audience, and I hope it was not boring.”

With “Machines,” which captures the daily work at a textile factory and short interviews with several of its low-paid workers, Jain said he wanted to pose the very simple questions that had been plaguing him since childhood.

“Growing up in India, but also in a politically or socioeconomically upper class background, I was always curious about how can somebody who serves me wine make half the value of that bottle of wine in a month while people just gulp that down? It was very simple questions that an economist would easily answer,” he said. “But I didn’t go to an economist — I went to an art school.”

The final film features very little dialogue and instead focuses on the mesmerizing machines that produce fabric — and the humans that help them. But it could have looked very different, Jain said.

“I made 60 cuts in the editing room of the film,” he said. “The first one was a very linear way of how the fabric was made just because it was easy to set up like that, but it was a total disaster. It felt like an infomercial that would air at 2 a.m. in the night. From the beginning I did have the sense that I did want to leave the film open-ended because for me, I was not trying to provide any answers about what this is or how this is done. I was trying to raise questions — the same simple questions that have been plaguing me forever.”

Watch clips from the Q&A below: